The historical continuity of Koszalin was interrupted in March 1945, when the Russian army demolished the town, already abandoned by its inhabitants. The image of devastation was completed with the demolition of the historic urban infrastructure before the National Harvest Festival in 1975.

For these reasons Koszalin cannot boast of much architecture before 1945. It is, therefore, of particular importance for the town’s identity to withhold even most basic objects from the past that in another context would simply be pulled down. The plot at 109 Zwycięstwa Street was developed with exactly such one-storey buildings whose front elevation was decided to be renovated. 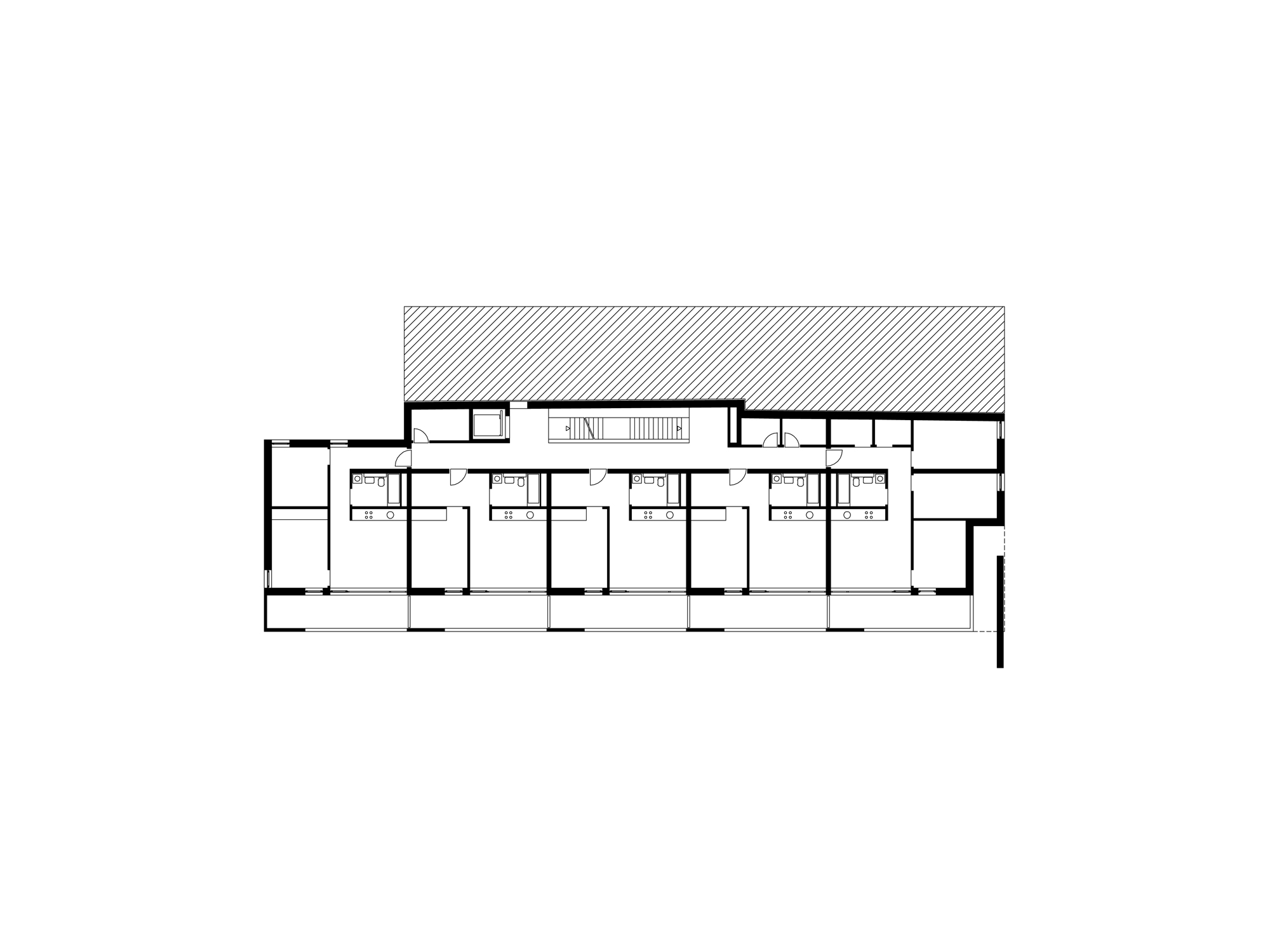 The residential and commercial building is the first of three buildings designed to be built on the plot located in the city centre. One of the main objectives of the project was a rational development of the estate, consistent with the structure of the space. The plot has an unusual shape resulting from random post-war changes in its ownership.

The existing spatial development plan did not allow constructing at the eastern border of the plot, which ruled out the rational development of this part of the city. Fortunately, obtaining a derogation for the location of the building on the plot border allowed to extend the narrow strip of buildings from 6 to 10 meters. The relatively small building was designed as a one-bay structure with small one-sided flats on the west side and slightly larger flats from the south and north. The eastern wall, which will be further developed in the future, was temporarily insulated and painted in gray. Commercial units are located on the ground floor. They are not accessible from the main street, but from the internal pedestrian passage connecting the already erected object with the two buildings planned to be built at the back of the estate. 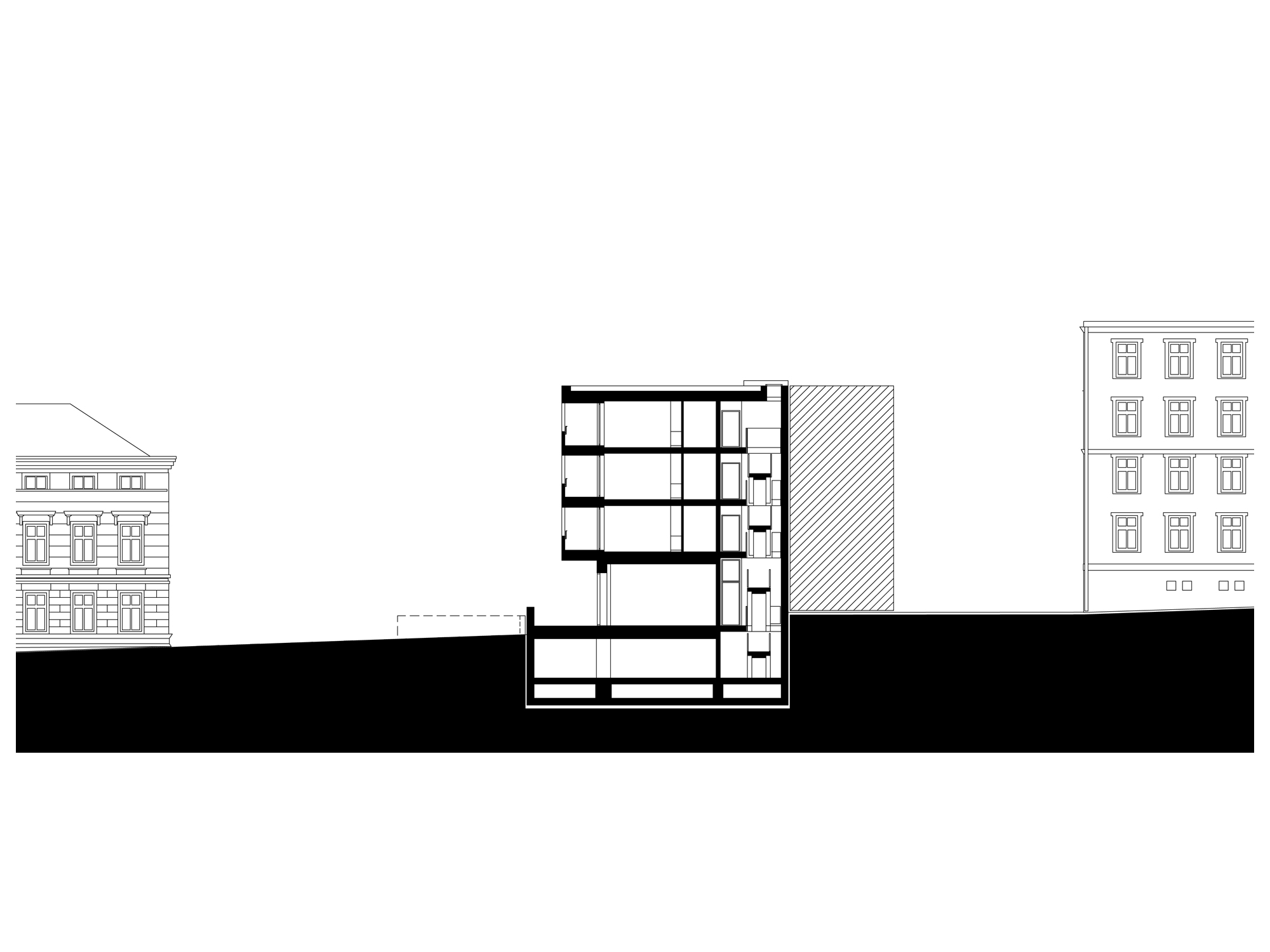