Malgorzata Tomczak in the conversation with Piotr Smierzewski about ZW 109 in Koszalin in the latest issue of Architektura & Biznes. 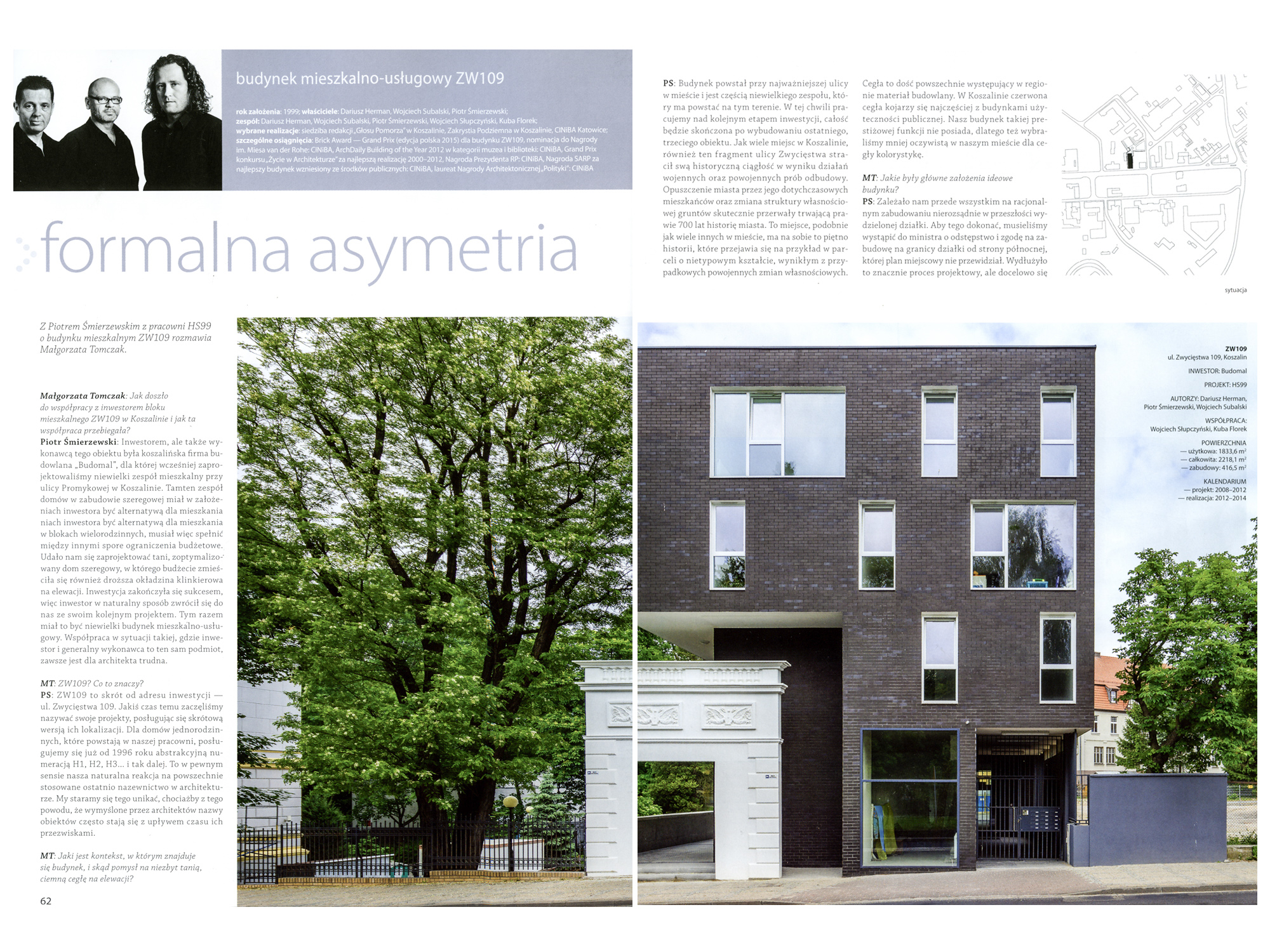