An Apartment House with Retail Areas in Koszalin

Koszalin, a middle-sized city in Pomerania, was heavily destroyed by the Soviet Army in 1945, and later by Communist planning. This is why all historic elements still remaining in the city are particularly significant, and designers try to preserve them wherever they can. A centrally located plot of uneven shape, formerly occupied by rundown, one-level bulidings, was to be developed for apartments and commerce. Architects of the new house, the first of the planned three, decided to preserve a fragment of an old facade and make it into an entrance gate. The new building has one bay with small apartments along its western facade. The eastern facade will ultimately adjoin another building. Retail areas, located in the first floor, are accessible not directly from the street, but from an internal pedestrian passage, intended to connect all th three planned buildings. 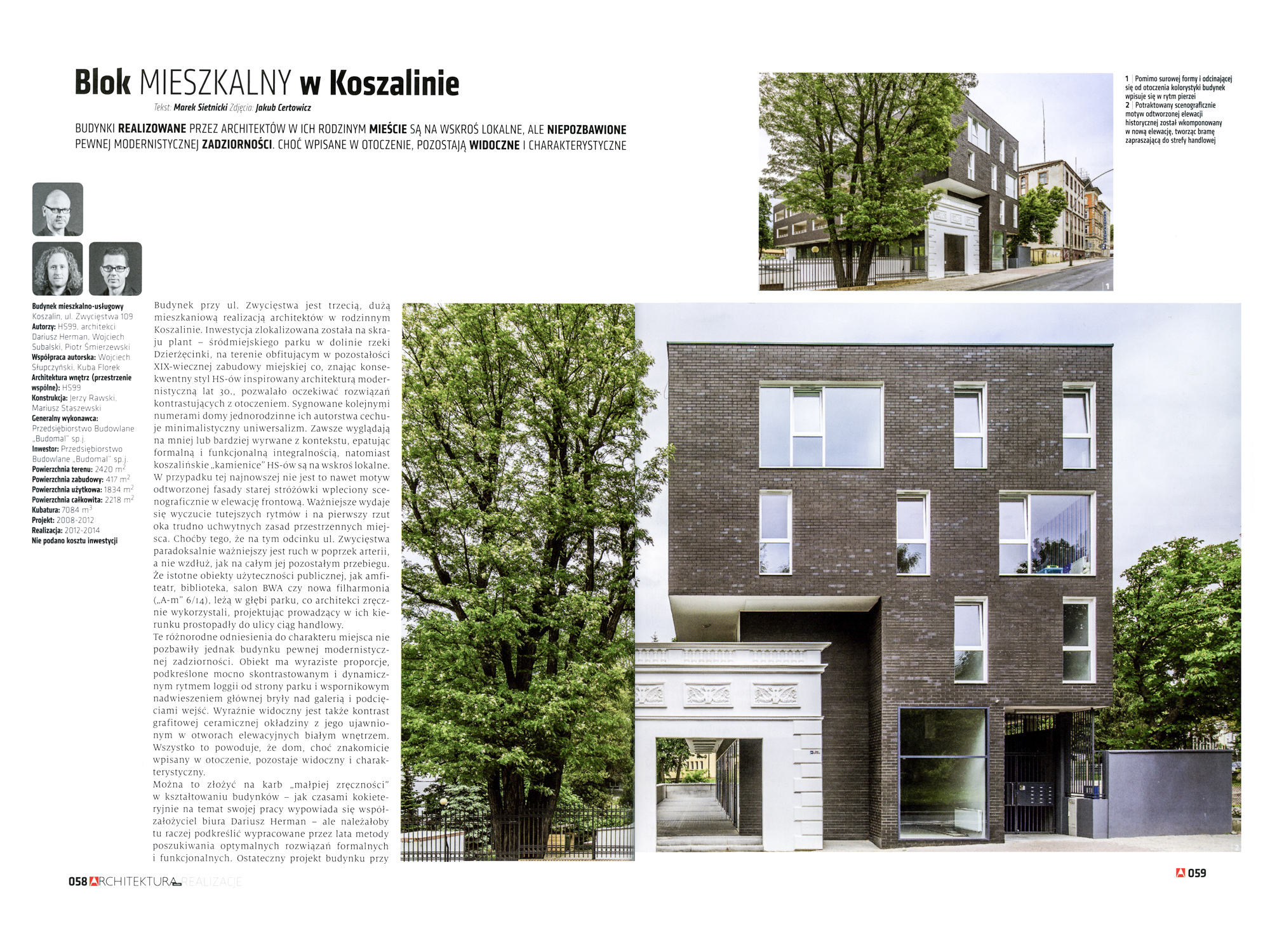 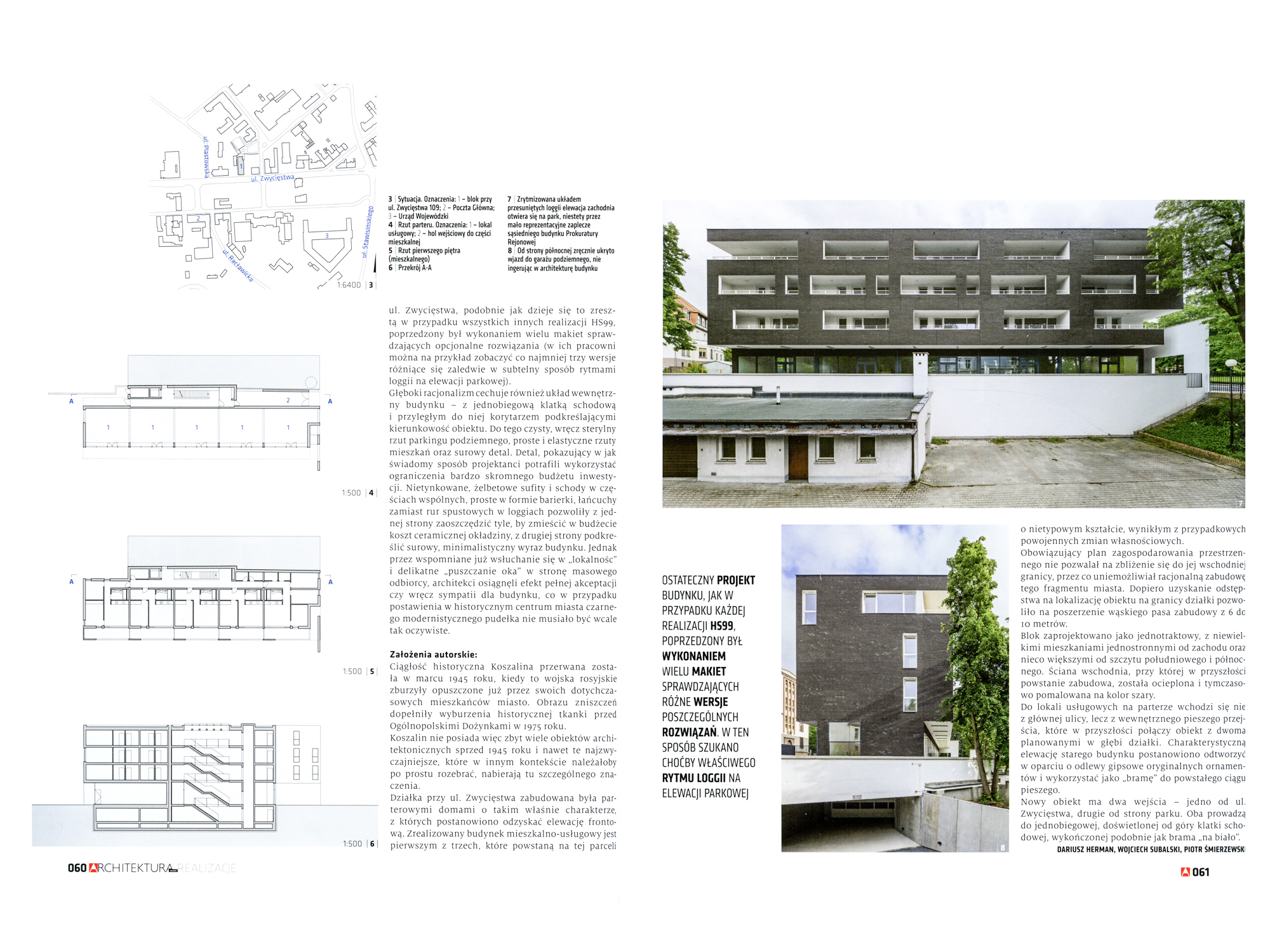 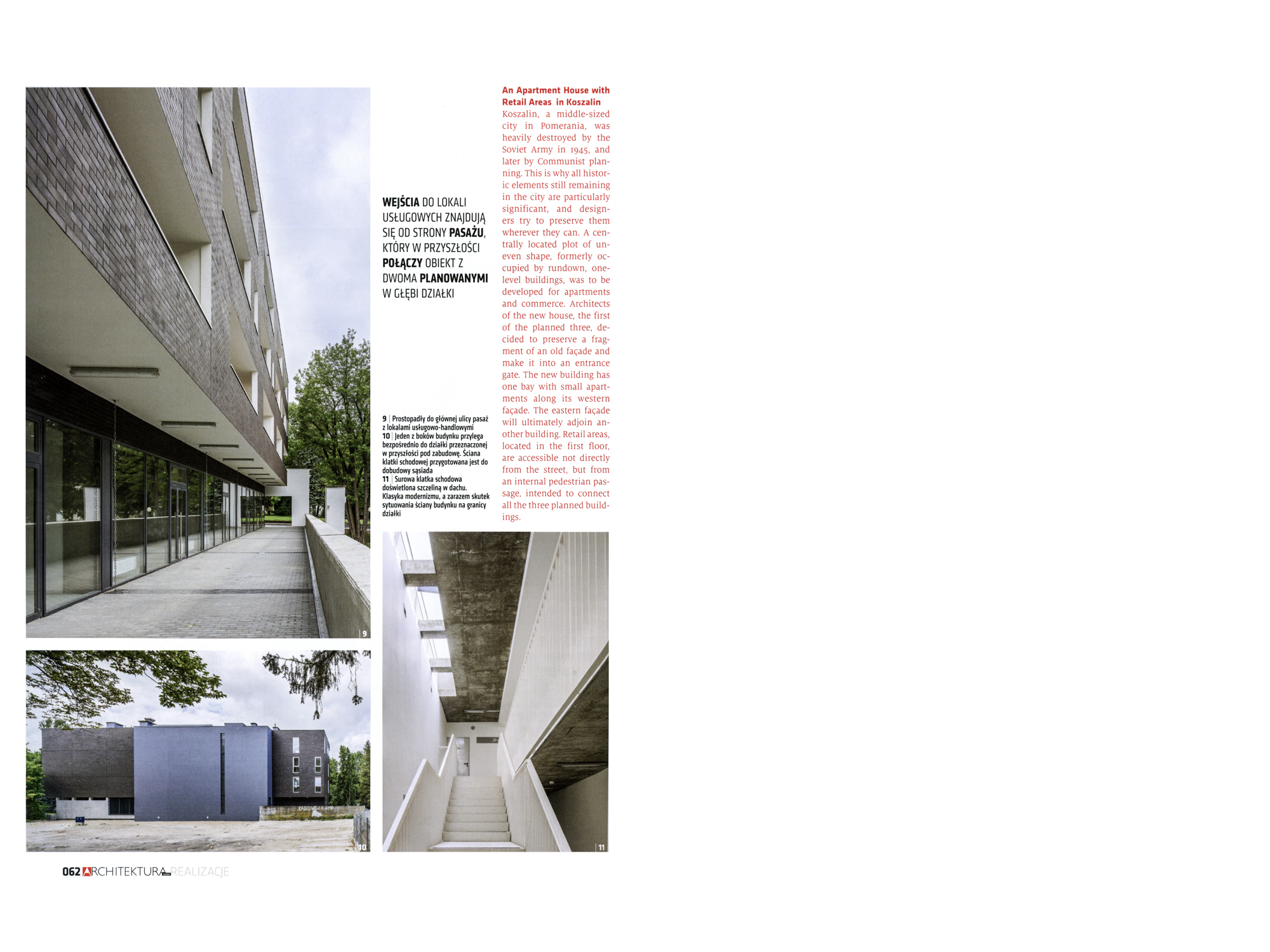