ZW109 published in the latest issue of ARCH, which comments the second polish edition of Brick Award. ZW109  won Grand Prix in this competition.

The relatively small building was designed as a one-bay structure with small one-sided flats on the west side and slightly larger flats from the south and north. The distinctive facade of the old building was decided to be reconstructed on the basis of plaster casts of the original ornaments. It features as a “gateway” to the pedestrian passage.

To contrast the facade of the main façade the gate was painted white. Particular attention was paid to the entrance area of the building. Two entrances were designed; one from Zwycięstwa Street and the second from the park. These entrances lead to a one-flight staircase lighted from the top, finished “in white”, as the gateway. 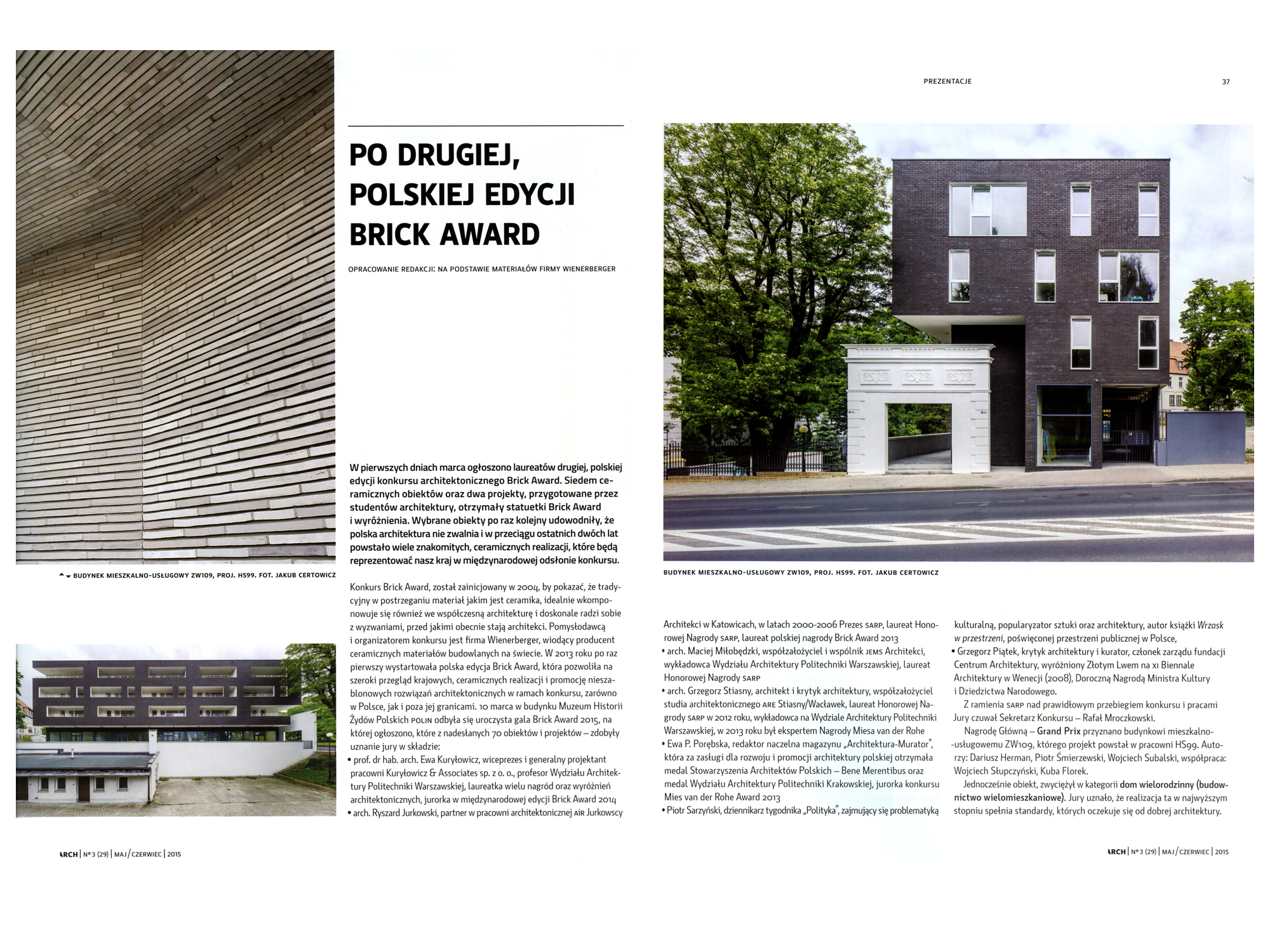 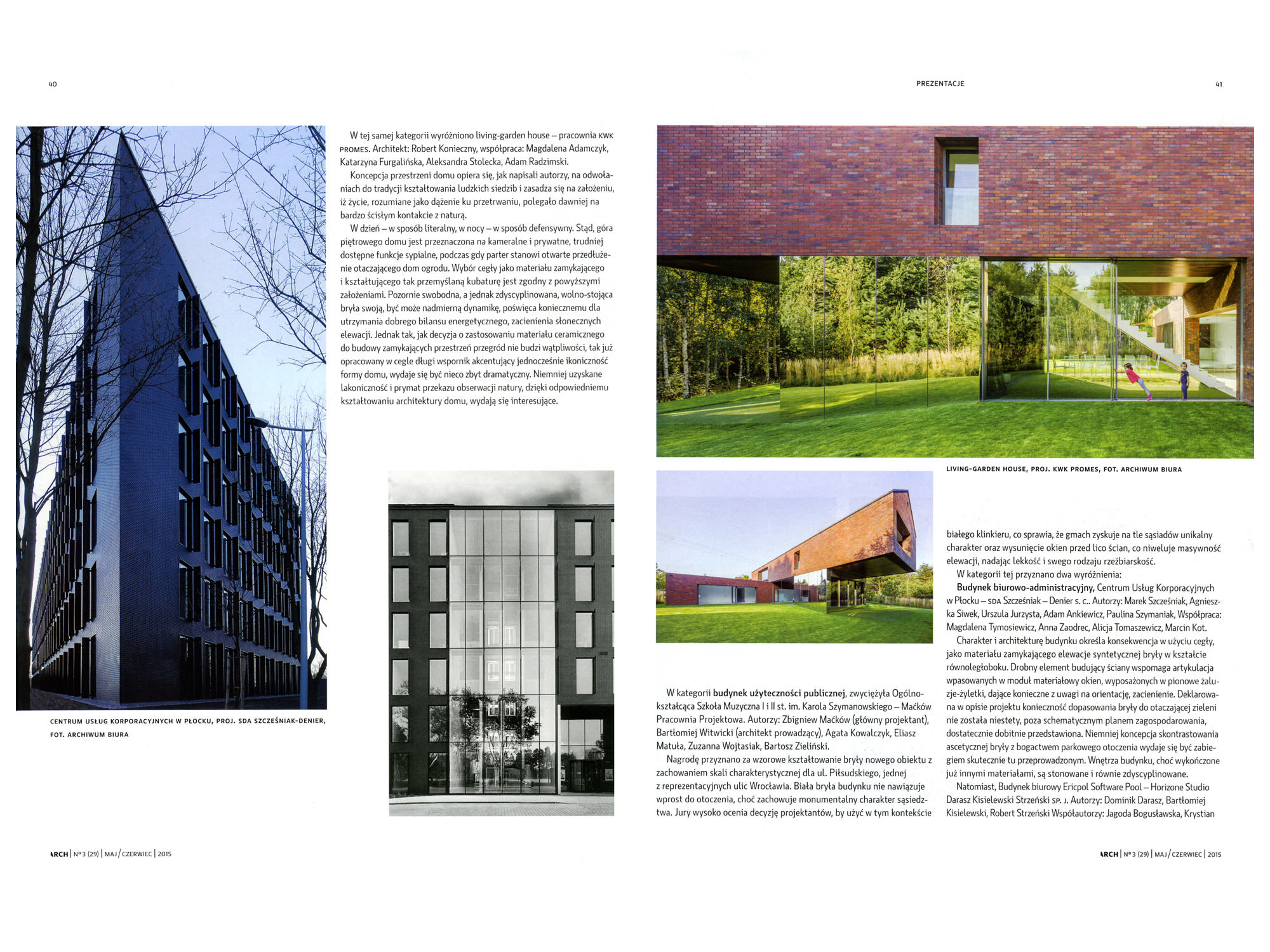 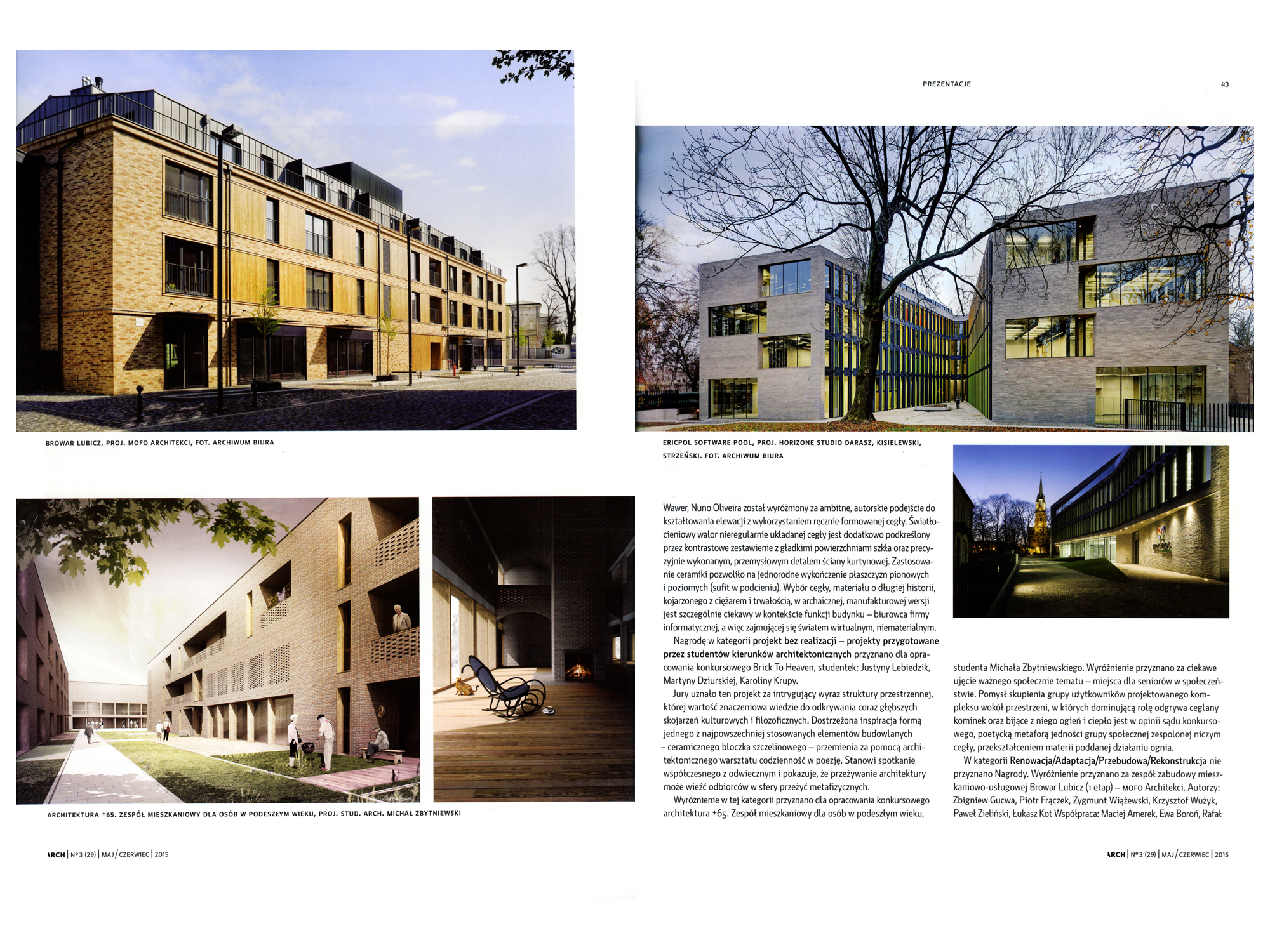 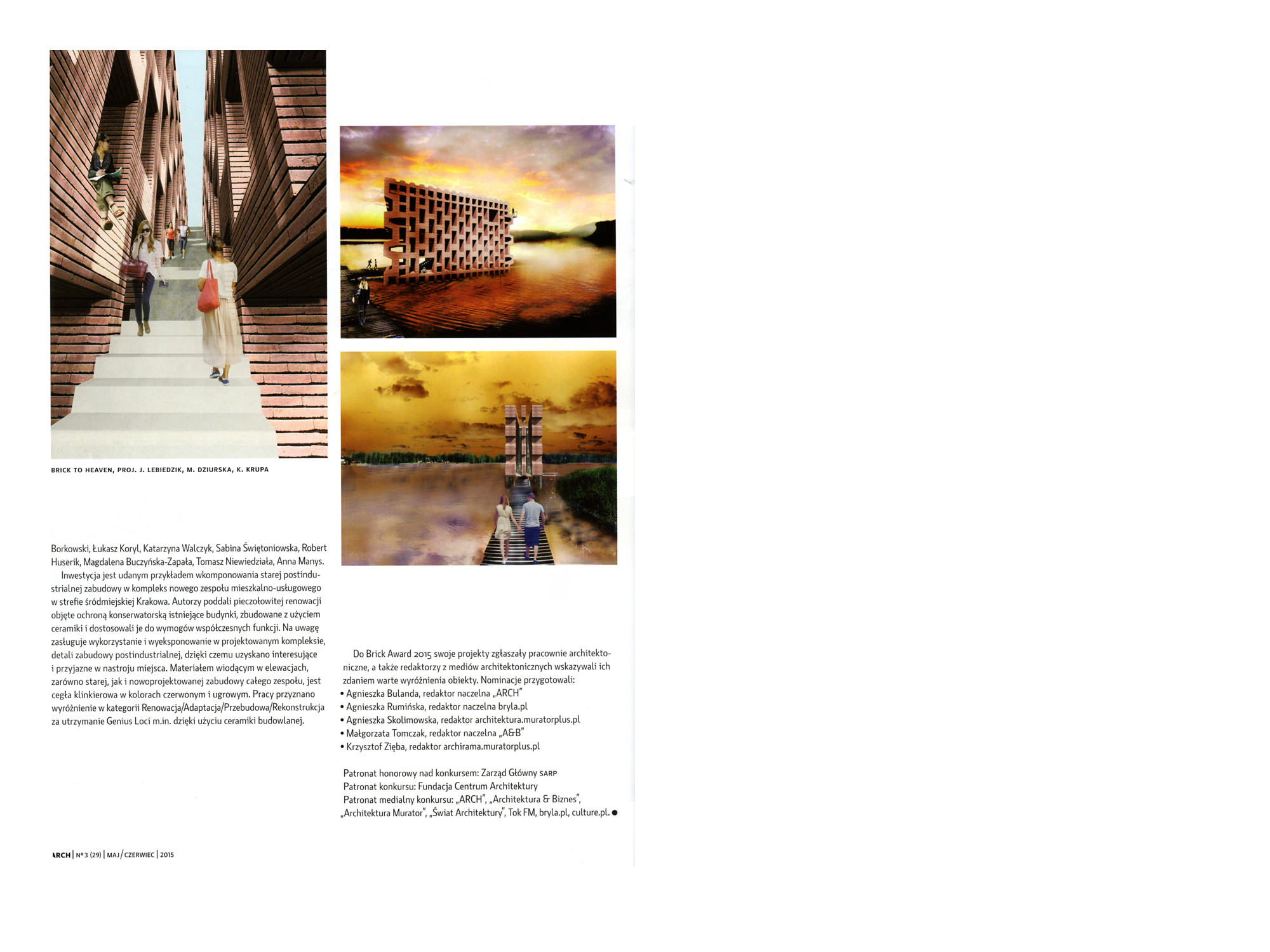