A Single-family House in Lubiatowo

Located in Lubiatowo, now a suburb of a large Pomeranian city, the house was built on a large plot sloping toward the south and offering views toward the Lubiatowskie Lake. Due to the slope, the house hovers aboveground; the main story rests on pillars, and only partly on a basement containing utility rooms.  The linear building divides the slope into the upper part accessible from the road, and the private lower part, left in nearly natural form. However, due to the transparency of the building and its bridge-like character, space seems to flow through it and beneath it. Also inside, the divisions are not definite and complete, although the zoning is clear. The main functional division, into the open part with the living room and the kitchen, and the private one with the bedrooms, is emphasized by a large entrance hall, glazed on both sides  and accessible from a footbridge. 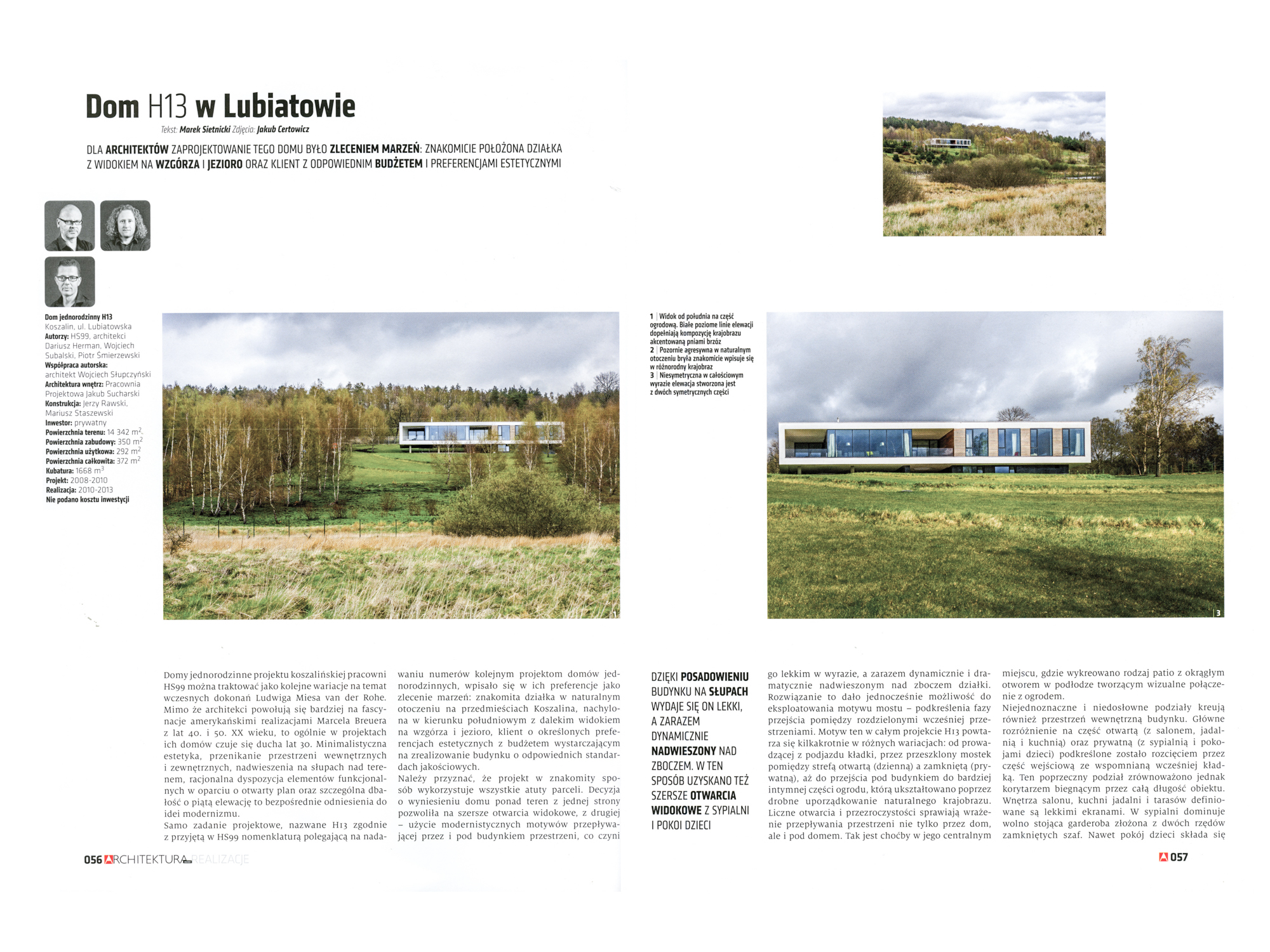 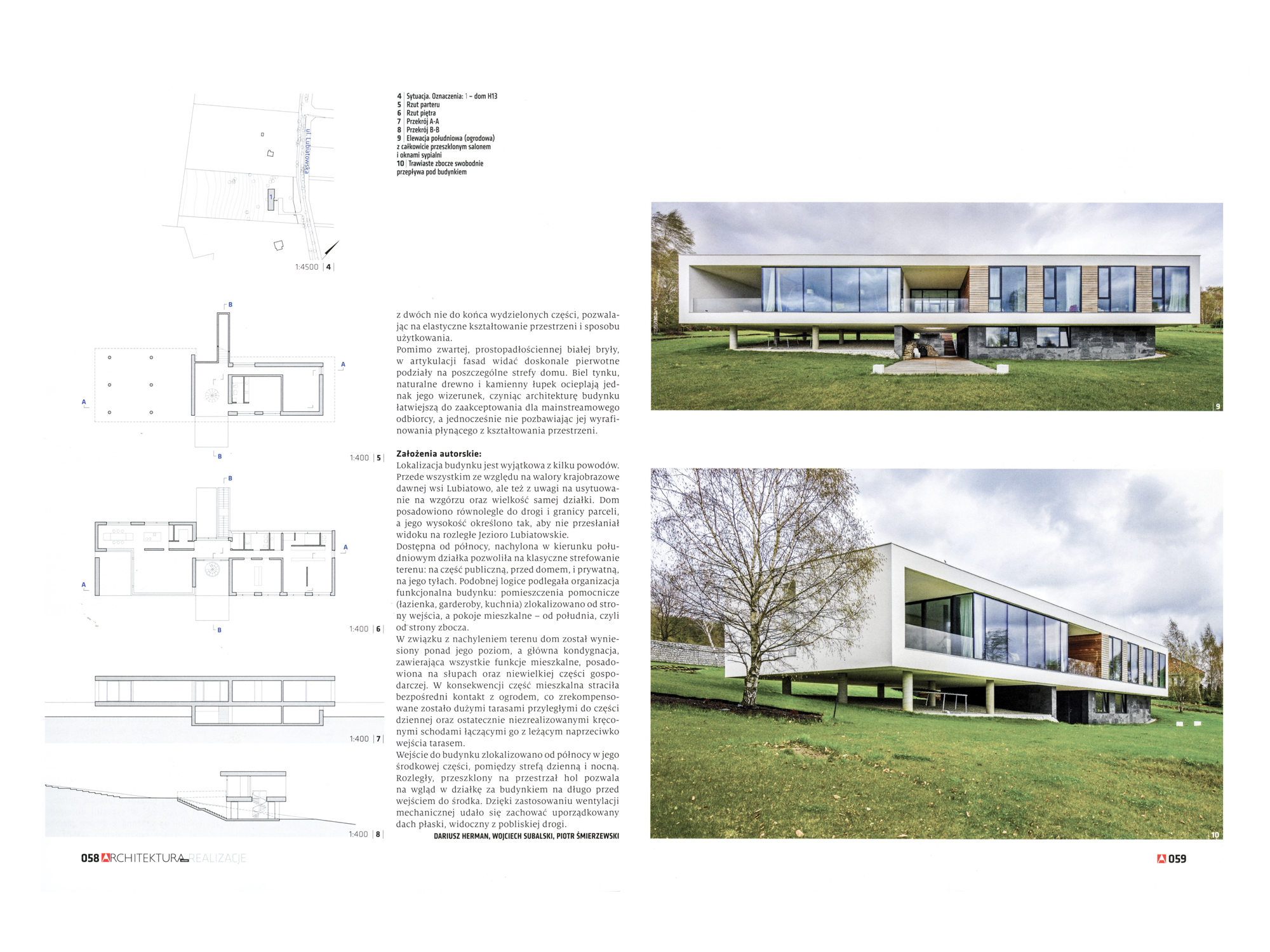 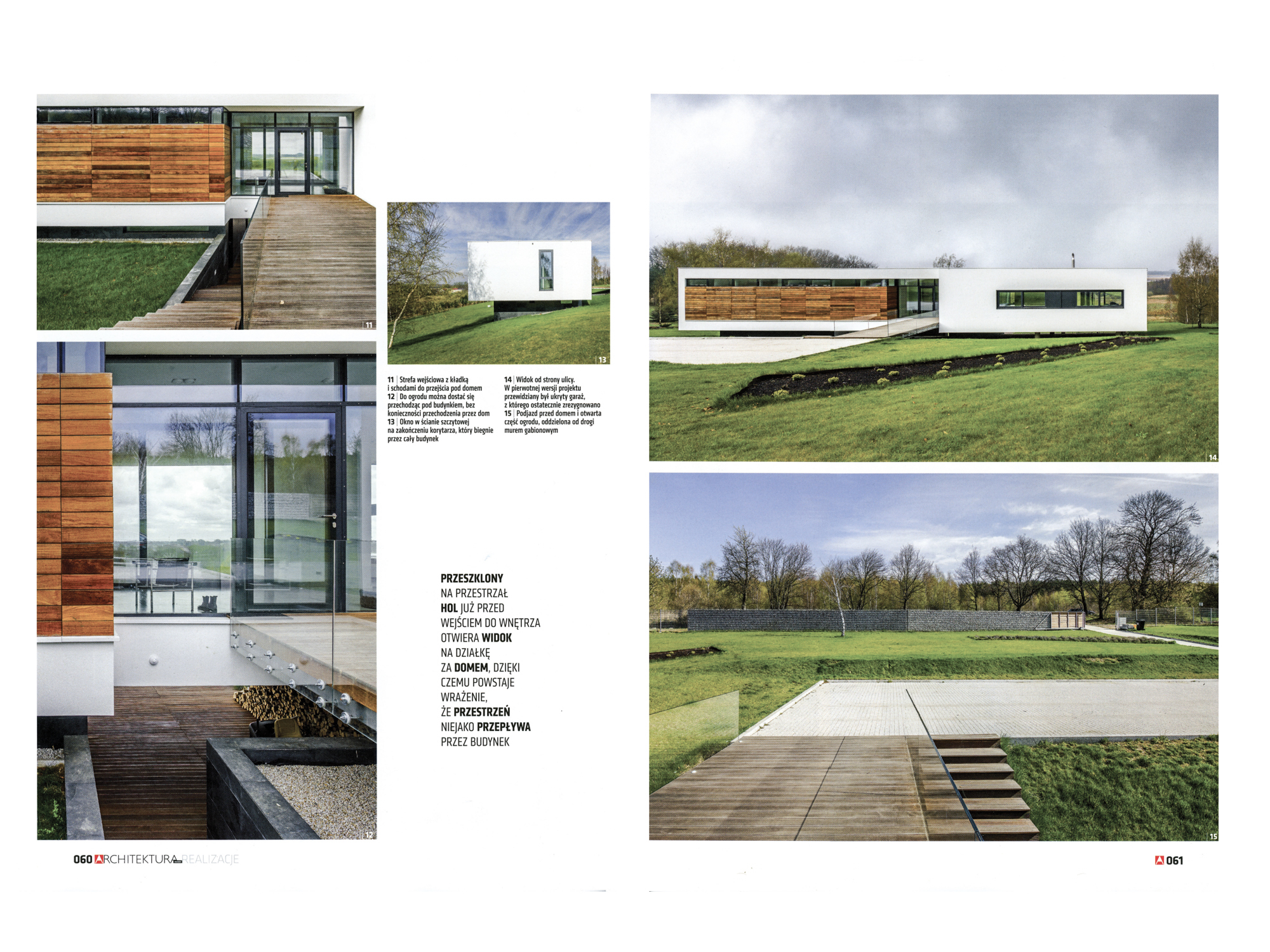 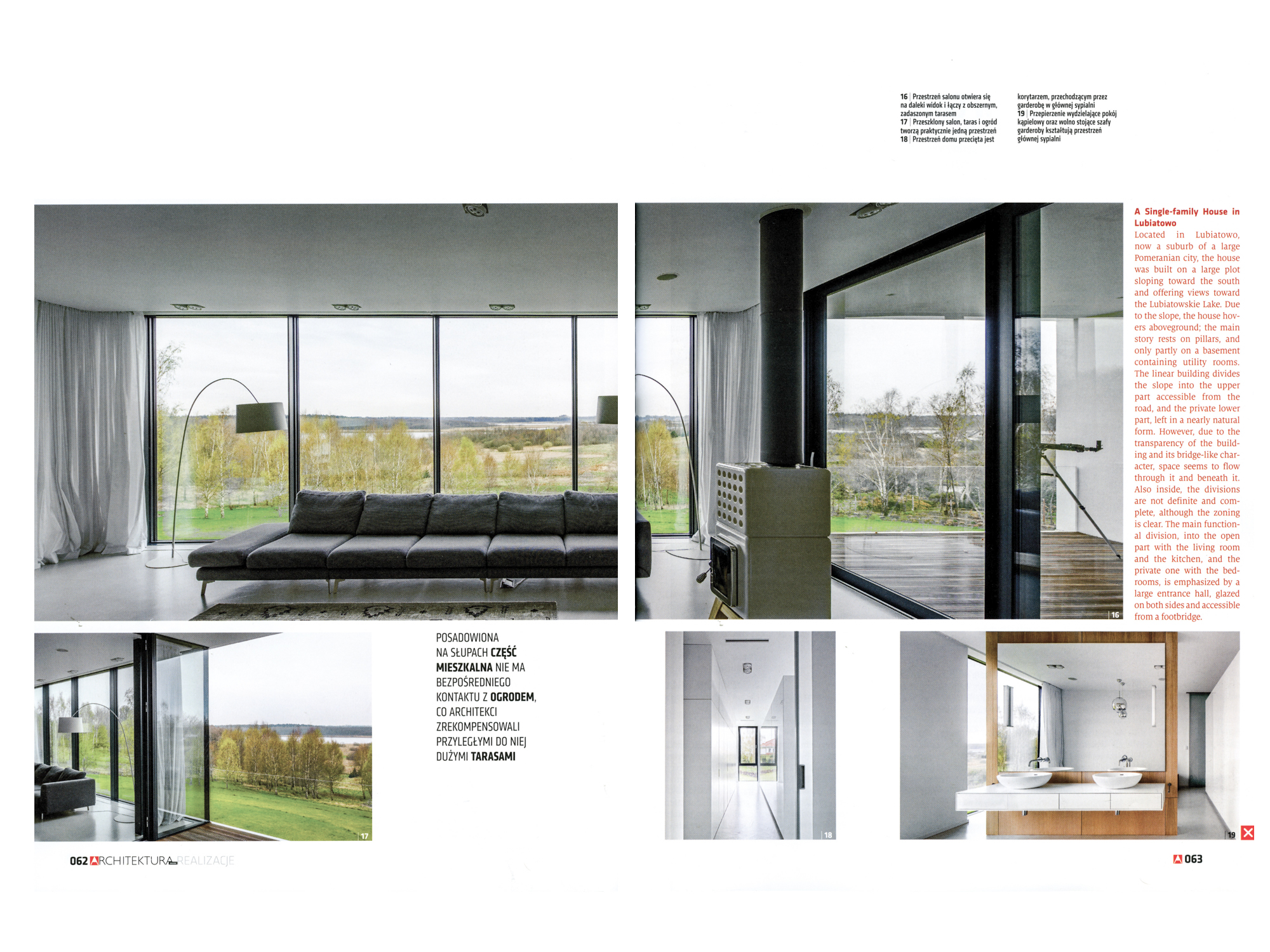