The location of the building considering the landscape values in what was formerly the village of Lubiatiowo, the situation on a hill and the size of the lot are exceptional. The house was set parallel to the road and the lot boundary, while its height is such that it does not obstruct the view of the vast Lubiatowskie Lake. 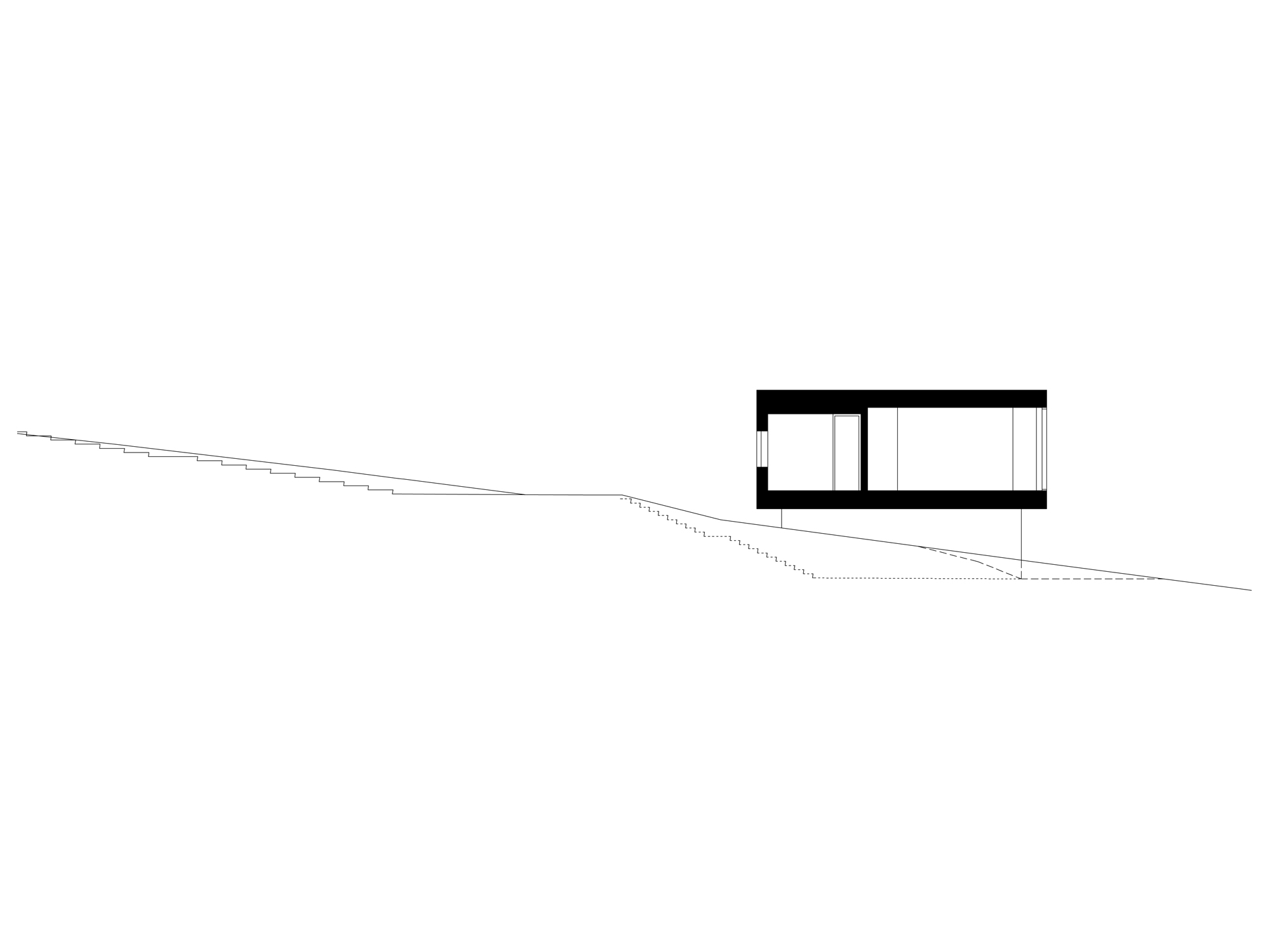 The lot with an access from the north and tilted towards south permitted a classical division of the zones in the grounds: into a public area in front of the house and a private one behind the house. The functional organization of the house follows similar logics: the service rooms (the bathrooms, the  dressing rooms and the kitchen) were situated from the entry to the lot, and the residential rooms look out to the private south side. 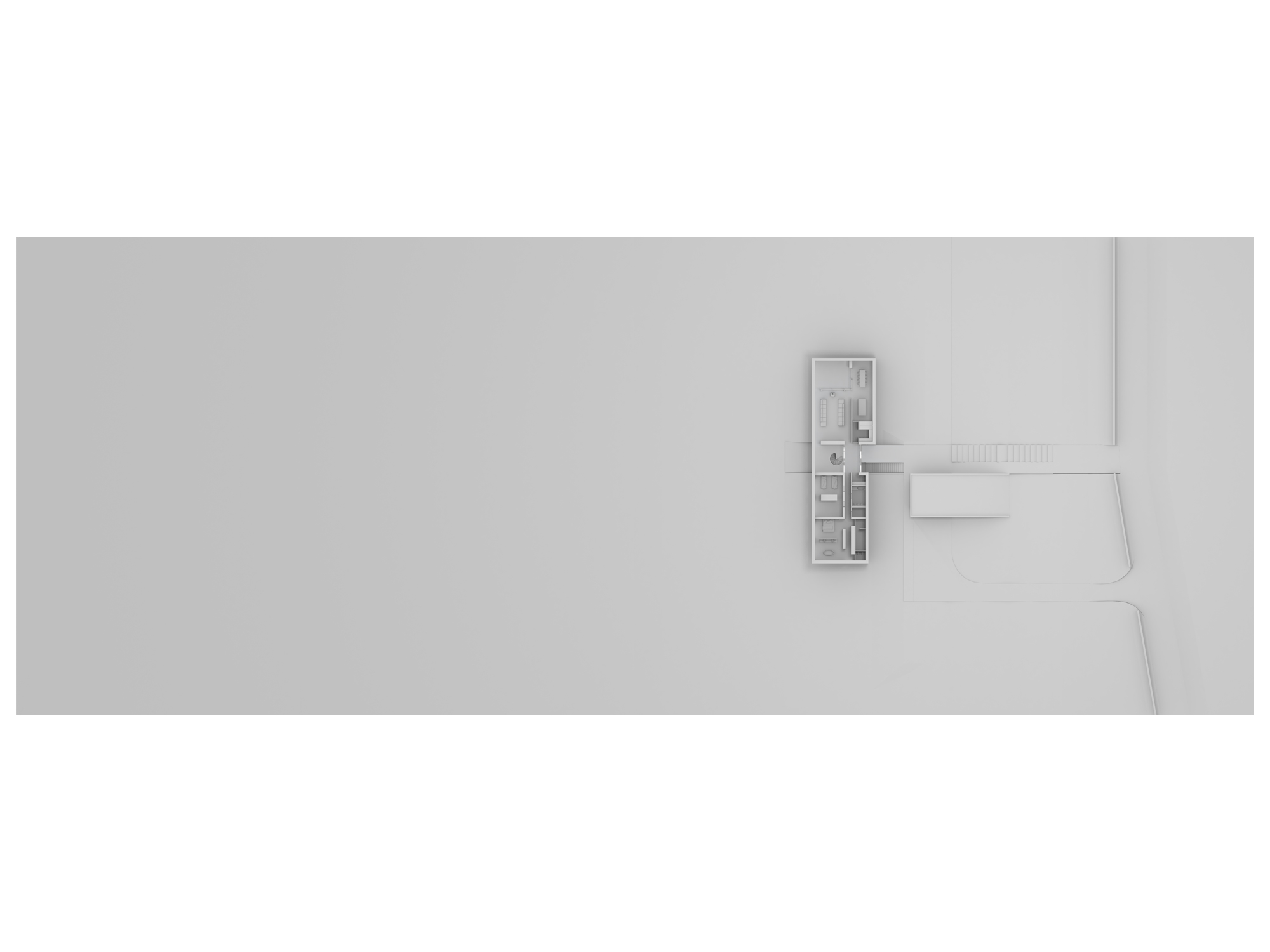 Due to the inclination of the lot, the house was lifted up over the ground, and the main storey, which contains all the residential functions, was set on pillars and a small utility section. As a consequence, a part of the house has no direct contact with the garden, which was compensated for with large patios, that are adjacent to the living area of the house, and round stairs (to be built) that connect the patio situated opposite the entrance with the garden. 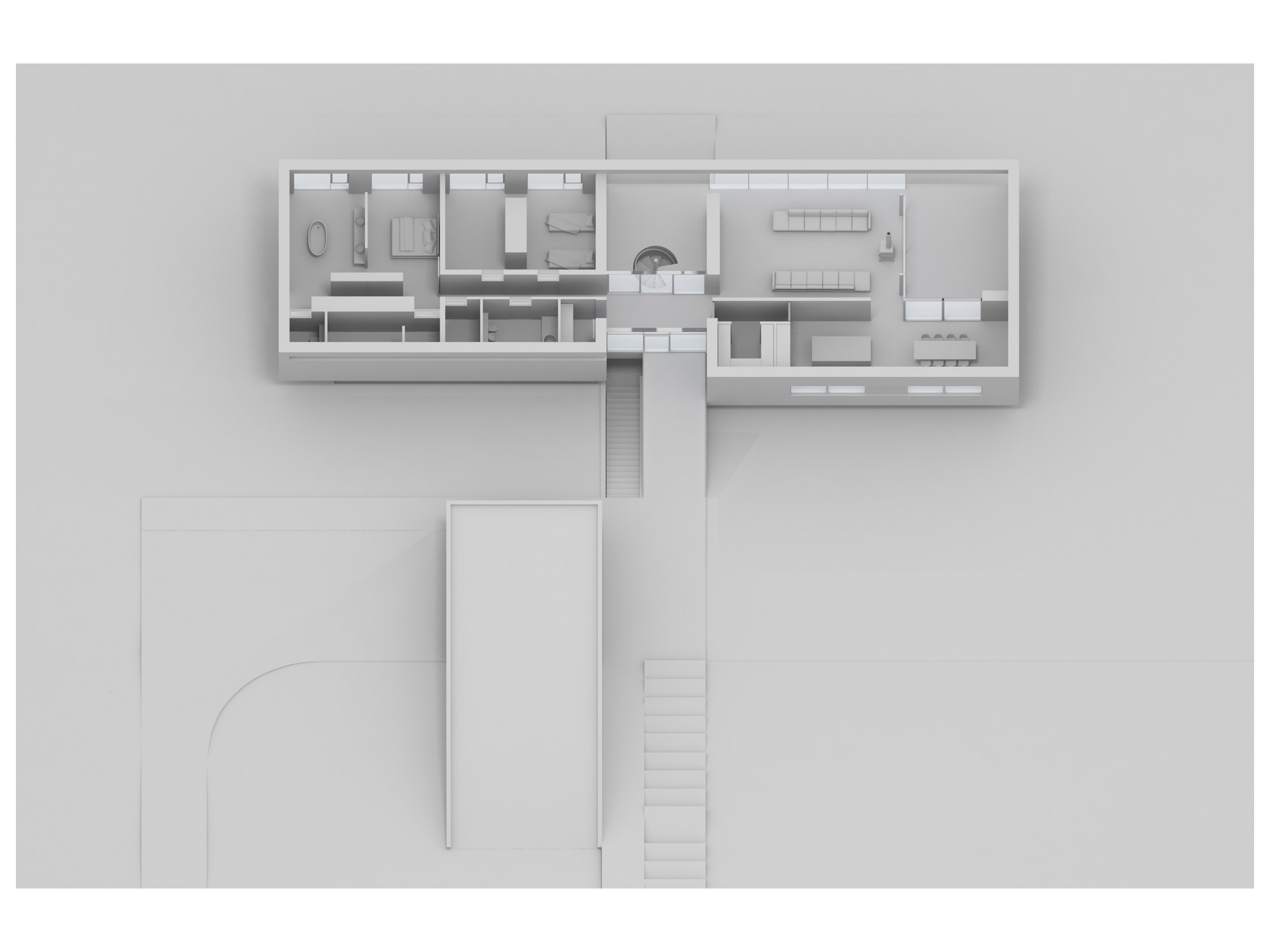 The entrance to the building was located from the north in its central part, between the daily and nightly parts. The vast and glazed entrance hall offers a view to the lot behind the building long before one enters the house. Owing to the use of mechanical ventilation, an orderly flat roof has been maintained, which is visible from the nearby road; in this way, it fulfils the expectations of the “fifth” elevation of the building.