Though often damaged during the last war and neglected later, the cities from the so-called areas of Recovered Territories differ significantly from their counterparts in other Polish regions. The previous political system has destroyed in them what constitutes the essence of each city: its ownership structure. It has enabled every city to rebuild after each disaster. The image of a lack of identity of these cities was compounded by their almost total replacement of residents. The new ones began to learn about their city only after 1990. 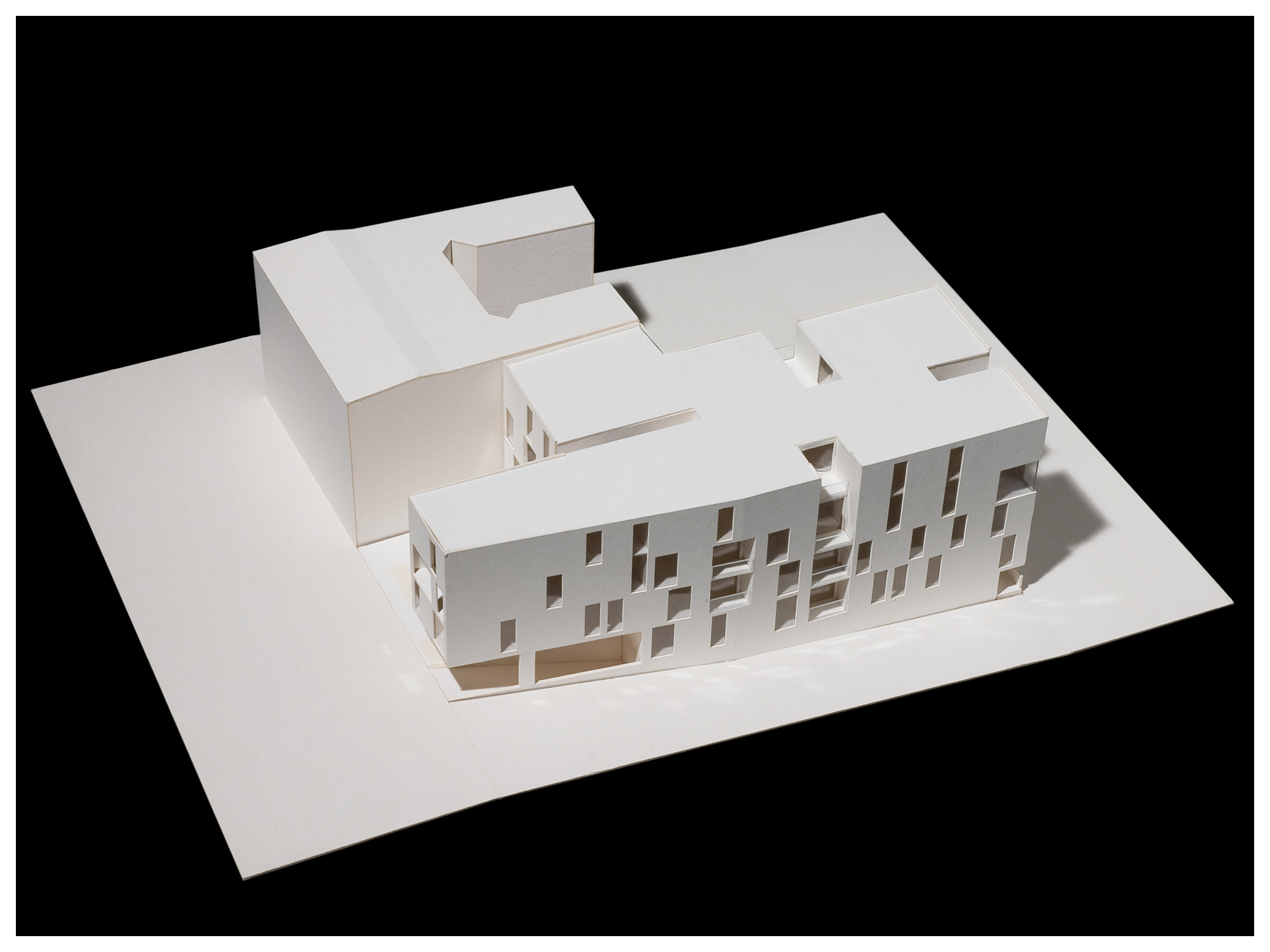 In this context, “patching holes” in the city is still one of the main tasks of design offices. Modest, balanced architecture bringing order to the chaotic urban space appears to be most needed.

The project site consisted of two plots. The plot adjacent to ul. Szpitalna for unknown reasons, was to have been excluded from the Urban Zoning Plan and provide the mode of access for the plot located further in. Both the manner of the plot development, withdrawn from the street and windows placed against all logic in the gable wall of the neighbouring building, as well as the building height recorded in the plan did not allow for the complete filling of the quarter. 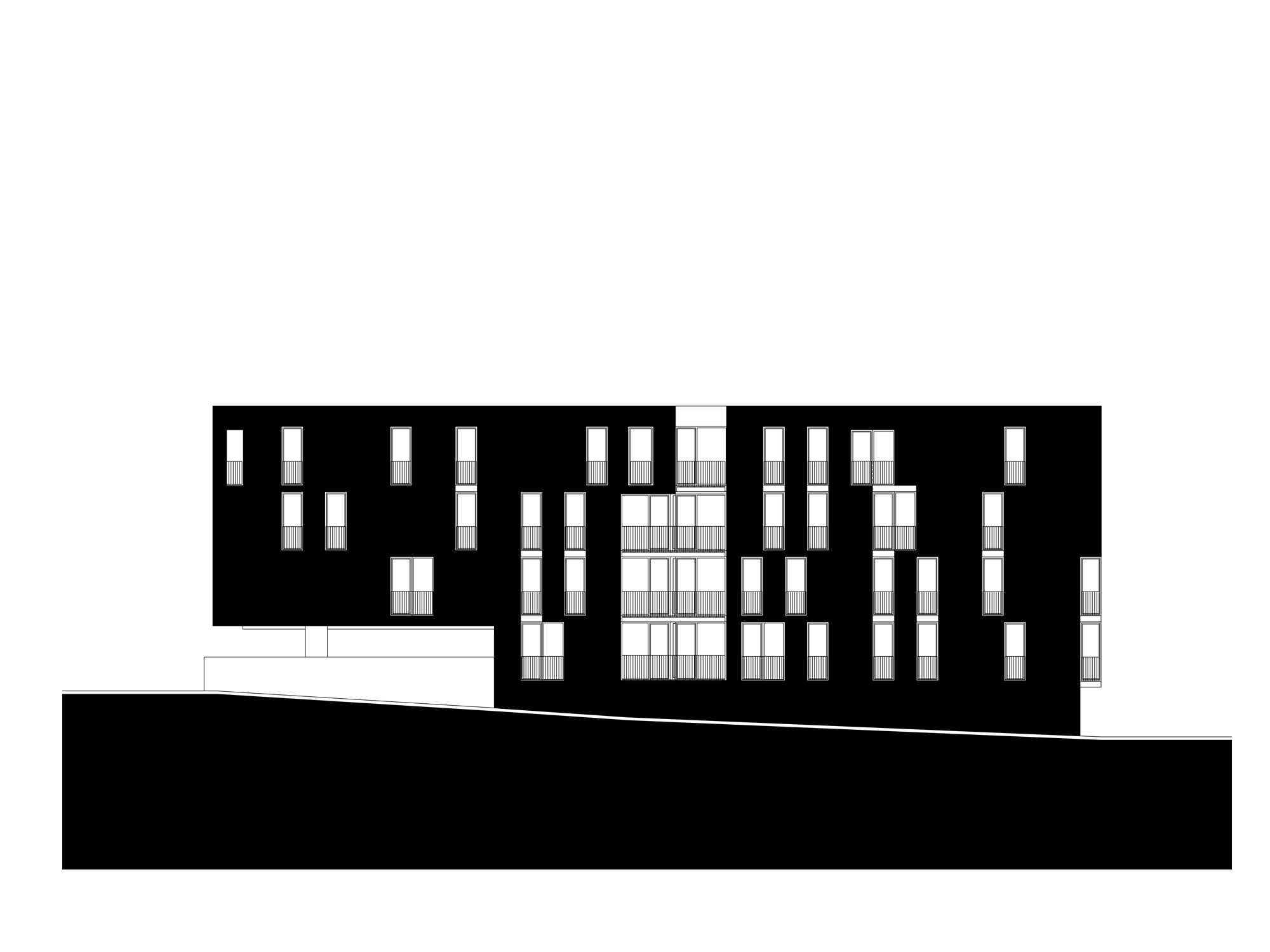 The plan was to construct a simple building, which in the best possible way would complement the existing development. The result is an affordable building (sales price approx. 4000 PLN/m2), which, despite the erroneous records of the zoning plan has completed the history of this part of the city, interrupted by World War II.

Maybe it is not much, but on the scale of a city like Koszalin it is already quite a lot.