Though built on a modest budget, Willa Moderna stands out in the architectural landscape of central Koszalin, rebuilt after the war as a socialist-realist housing estate and now being gradually filled up with new, mostly mediocre buildings. The new house occupies a landmark corner at the end of the street and completes a 19th-century block next to a large park, planted where medieval fortifications had been. The dimensions of the house were largely determinated by its neighbors and local plan decisions. Since the once-blind wall of the next building was perforated with windows, one part of the new building was moved back. A ceramic elevation refers to historic architecture of public buildings in Koszalin, for example to a nearby 19th-century Prussian clinic. The effect is somewhat diminished by the choice of ceramic profiles, but it was a necessary compromise resulting from budget restrictions which excluded a brick curtain wall. 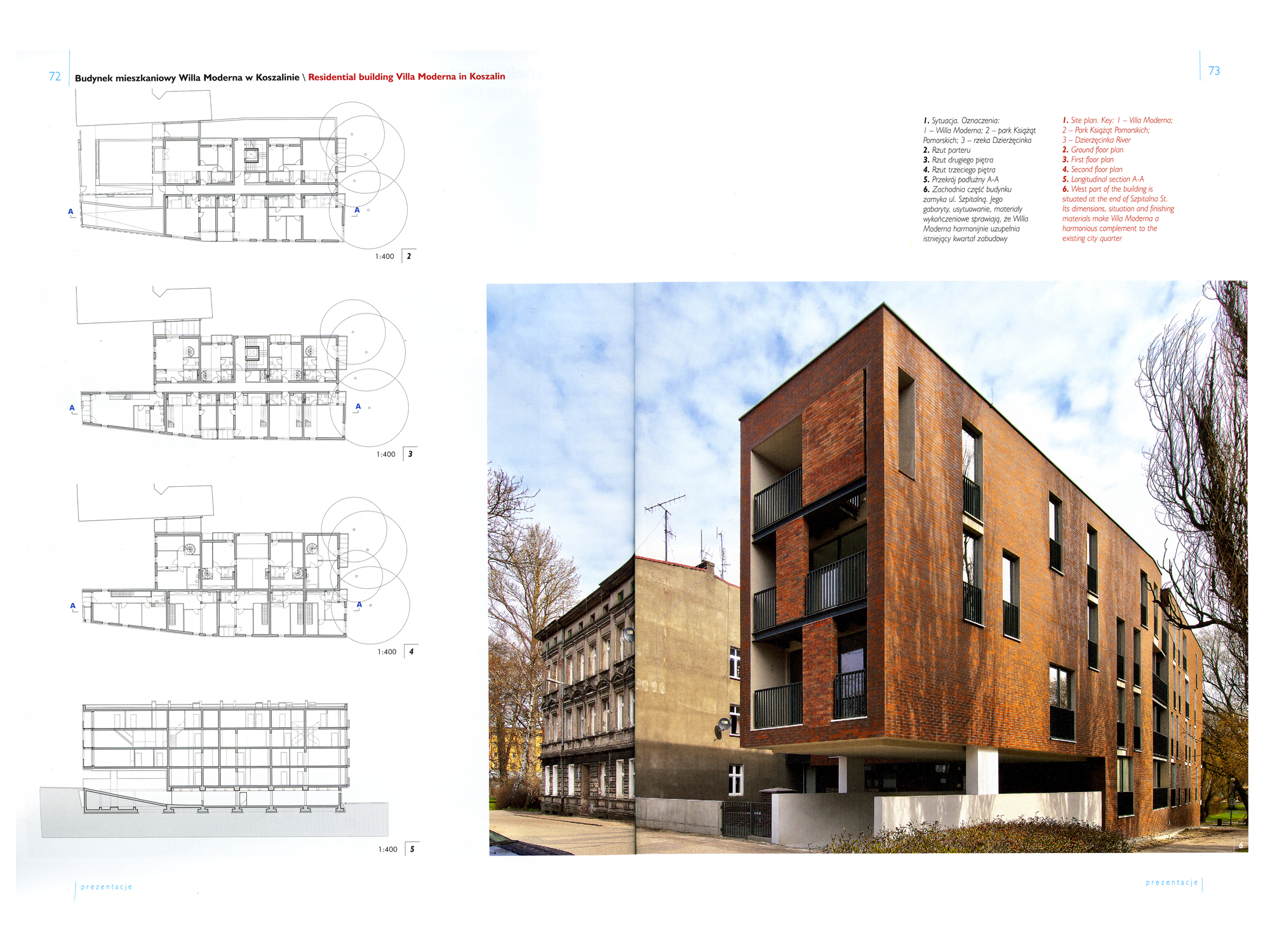 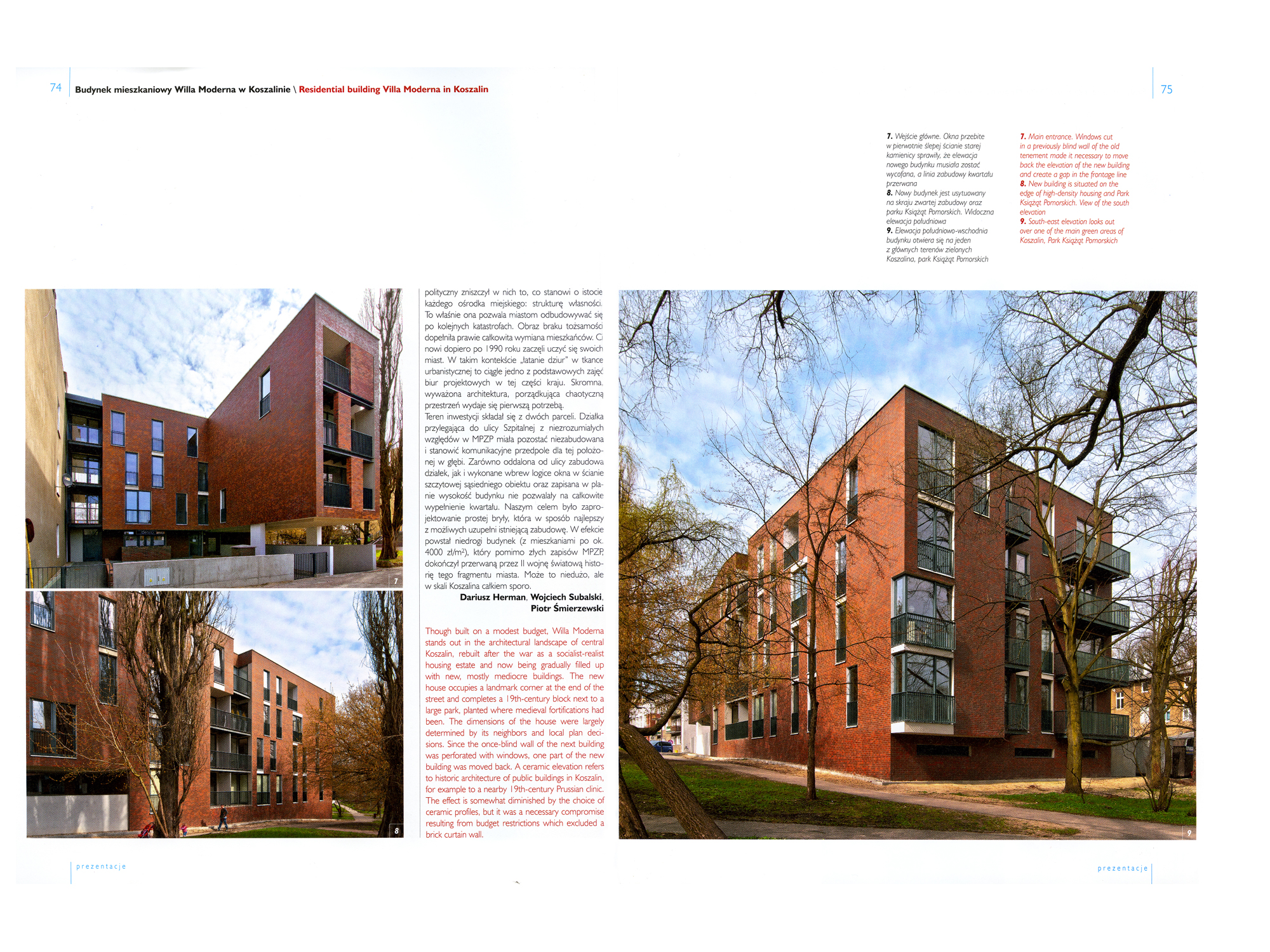 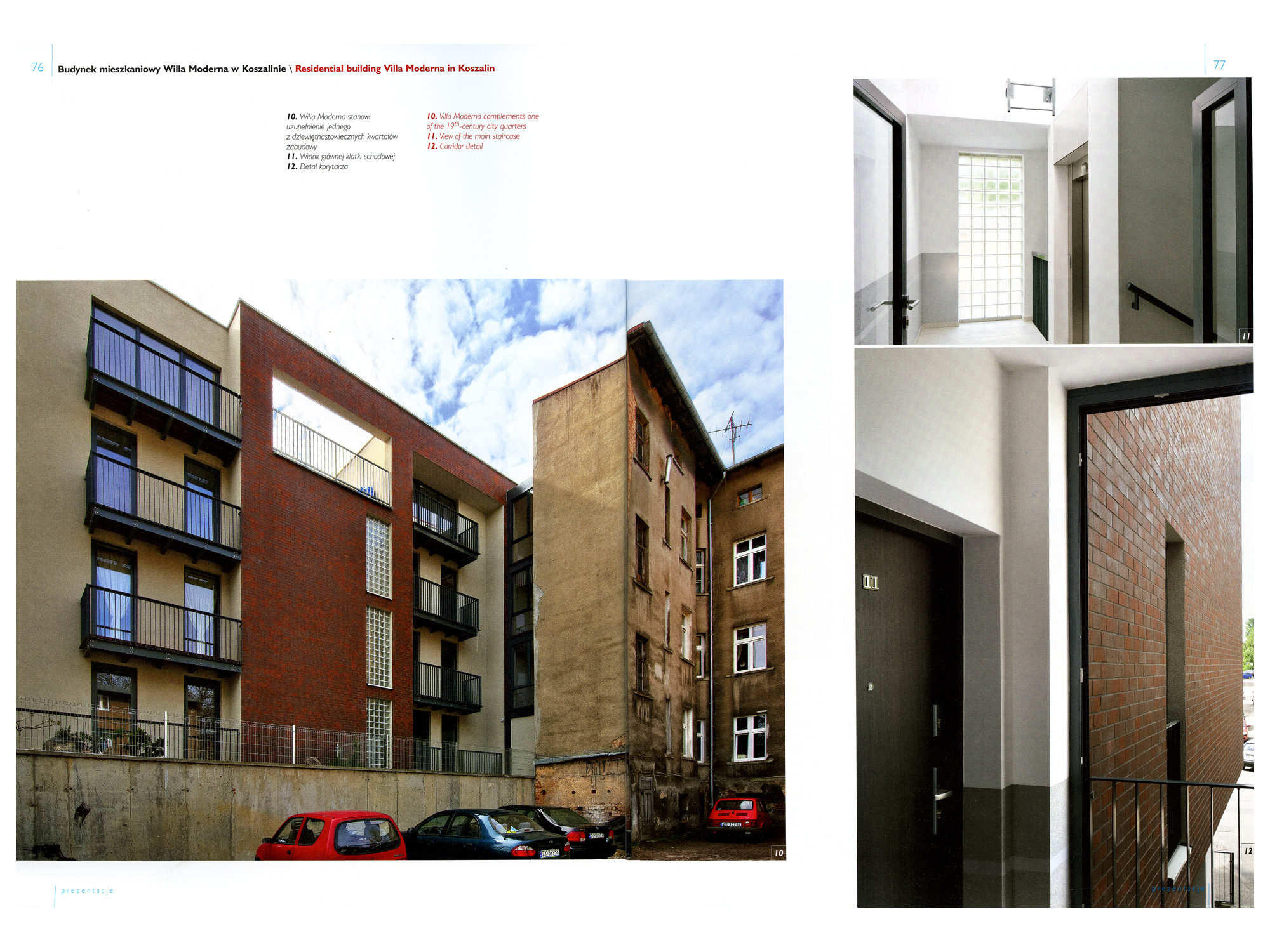