A vast pine wood which hides widely spaced houses forms the context in which H8 is located. Its modest, straightforward, orthogonal form does not make an attempt to rival the richness of the flora.   The location and form of the house divides the plot into two zones: a public one from the road and a private one from the garden. These two basic outer spaces, which start at the corners of the house, were closed with a fence made of horizontally oriented larch slats. 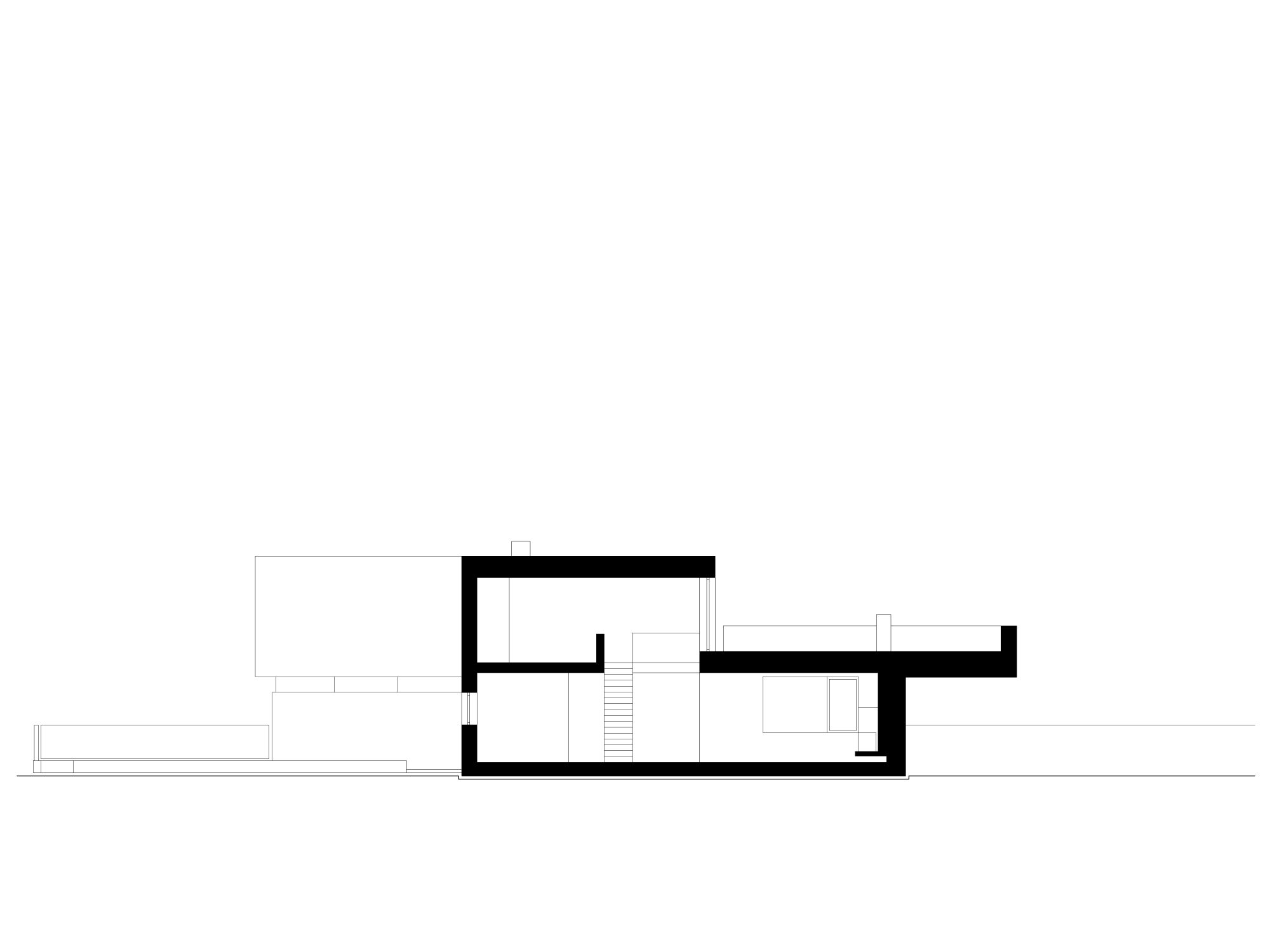 The main body of the building is set parallel to the street. Before and after it, on its two ends, the body extends laterally to form a nighttime part on the first floor and the daytime part on the ground floor. The entrance hall is located between these zones and connects the foyer with the garden. 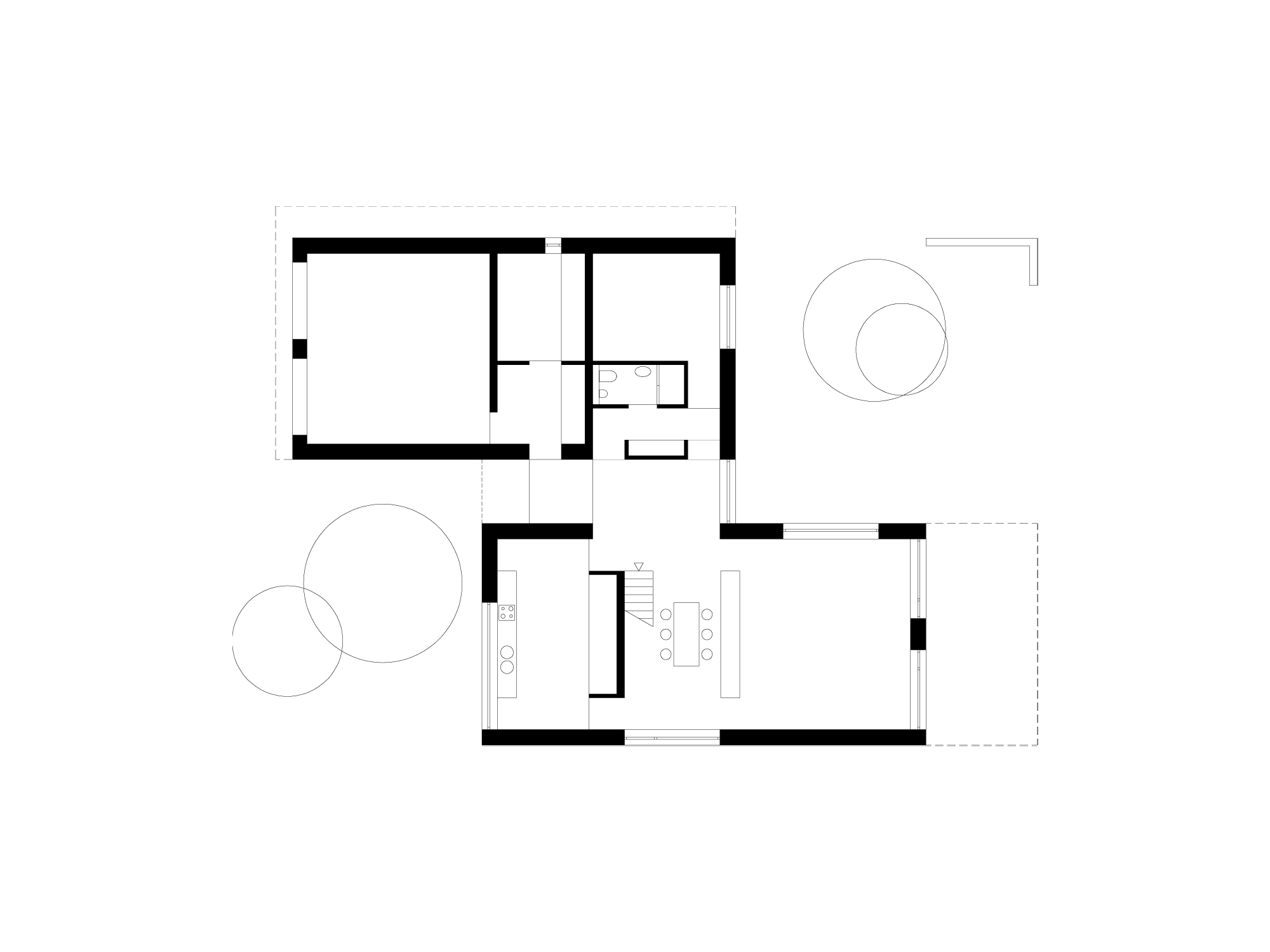 The living area is organized around the detached one-flight stairway which divides the kitchen from the dining room and the living room on the ground floor, and the study from the patio on the first floor. This two-floor space joins both levels and finishes with a glazed patio façade which becomes, together with the trees, an integral part of the house interior. 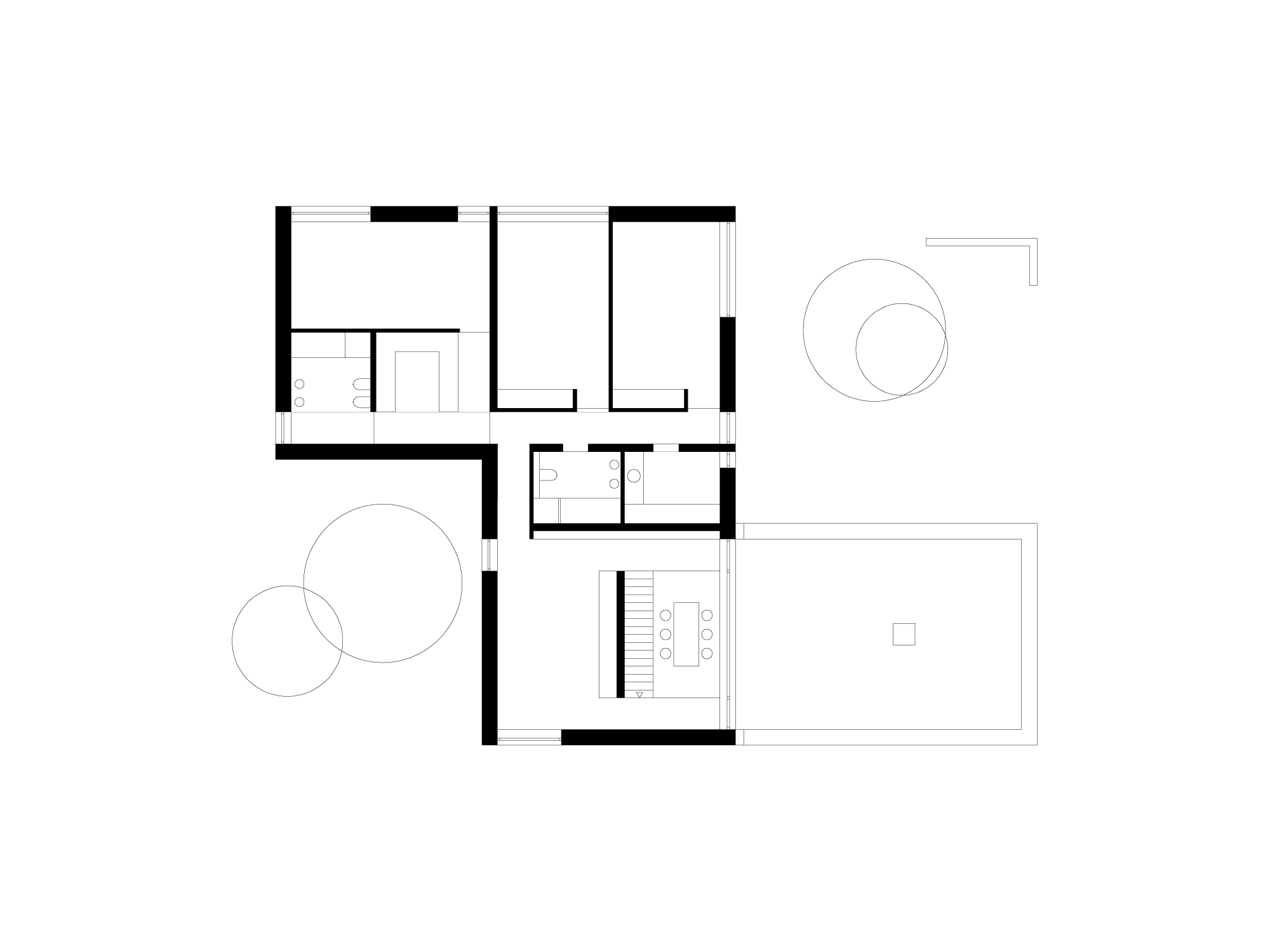 The building’s exterior is finished with brick veneer. The window openings were aligned with the exterior of the façade. The garage was encased with wooden slats similarly to those from the fence. A strongly emphasized horizontal direction of the house is in opposition to the tree trunks.