A House near Warsaw

The H8 house was built at the edge of a pine forest. Its expressive form and minimalist elevations without ornaments or light-and-shadow effects make it stand out among the nondescript development of a distant suburb of Warsaw. The division into the private and public zones was reflected in two superimposed parallelepipeds. `Strongly emphasized horizontal character character of the building, its elevation and the enclosure contrast with the vertival rhythm of trees which seem to come inside owing to large glazed surfaces. 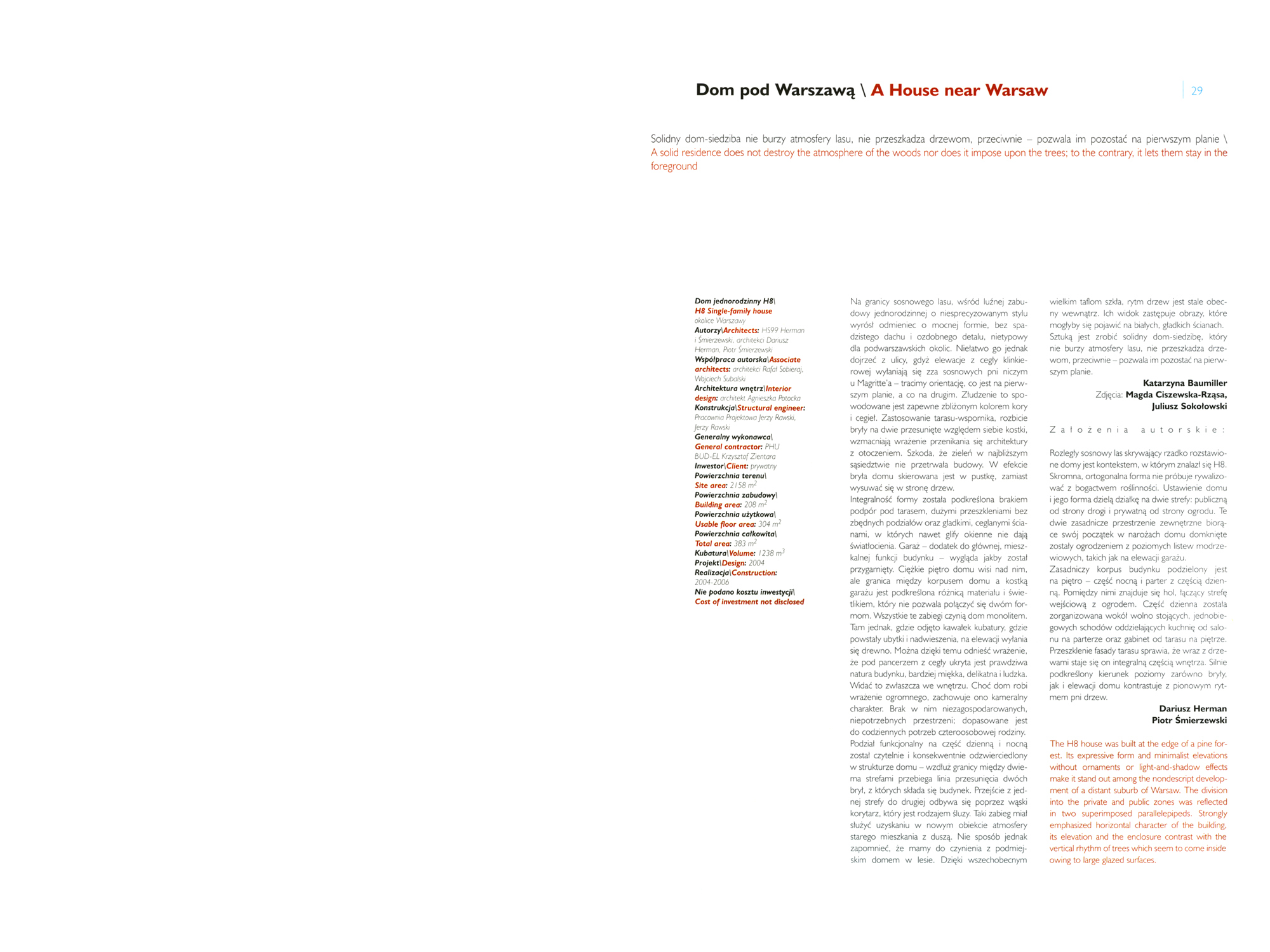 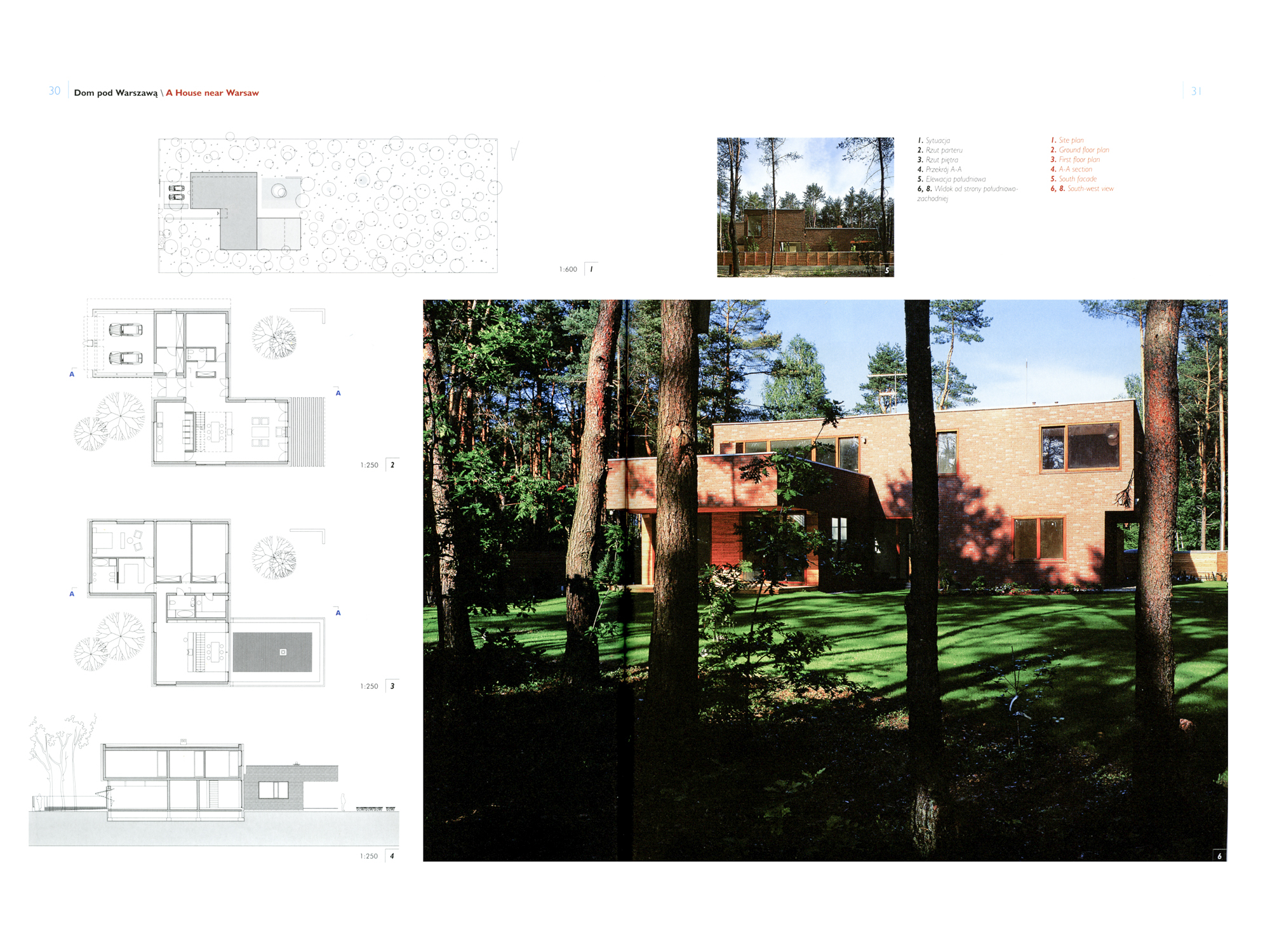 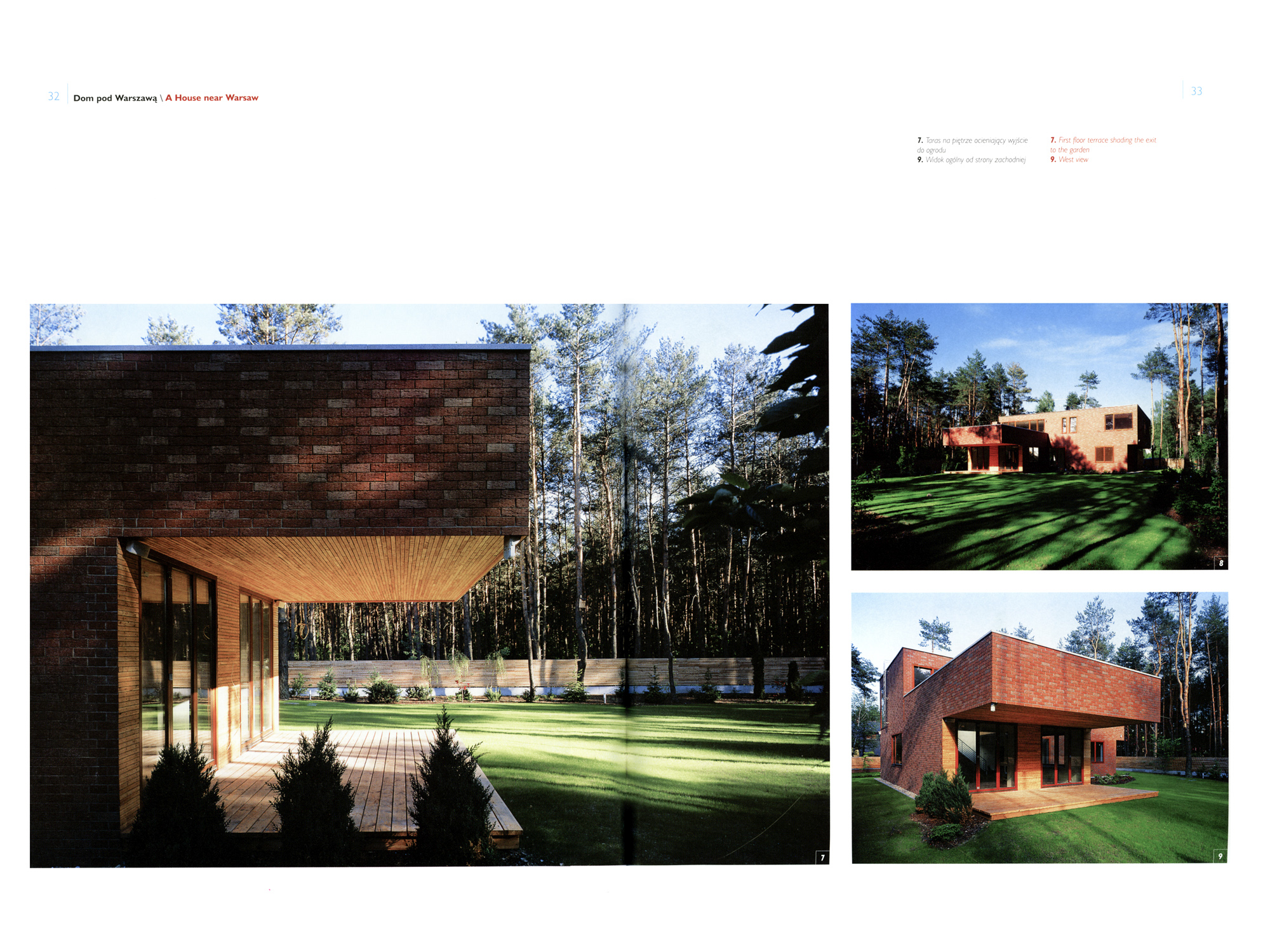 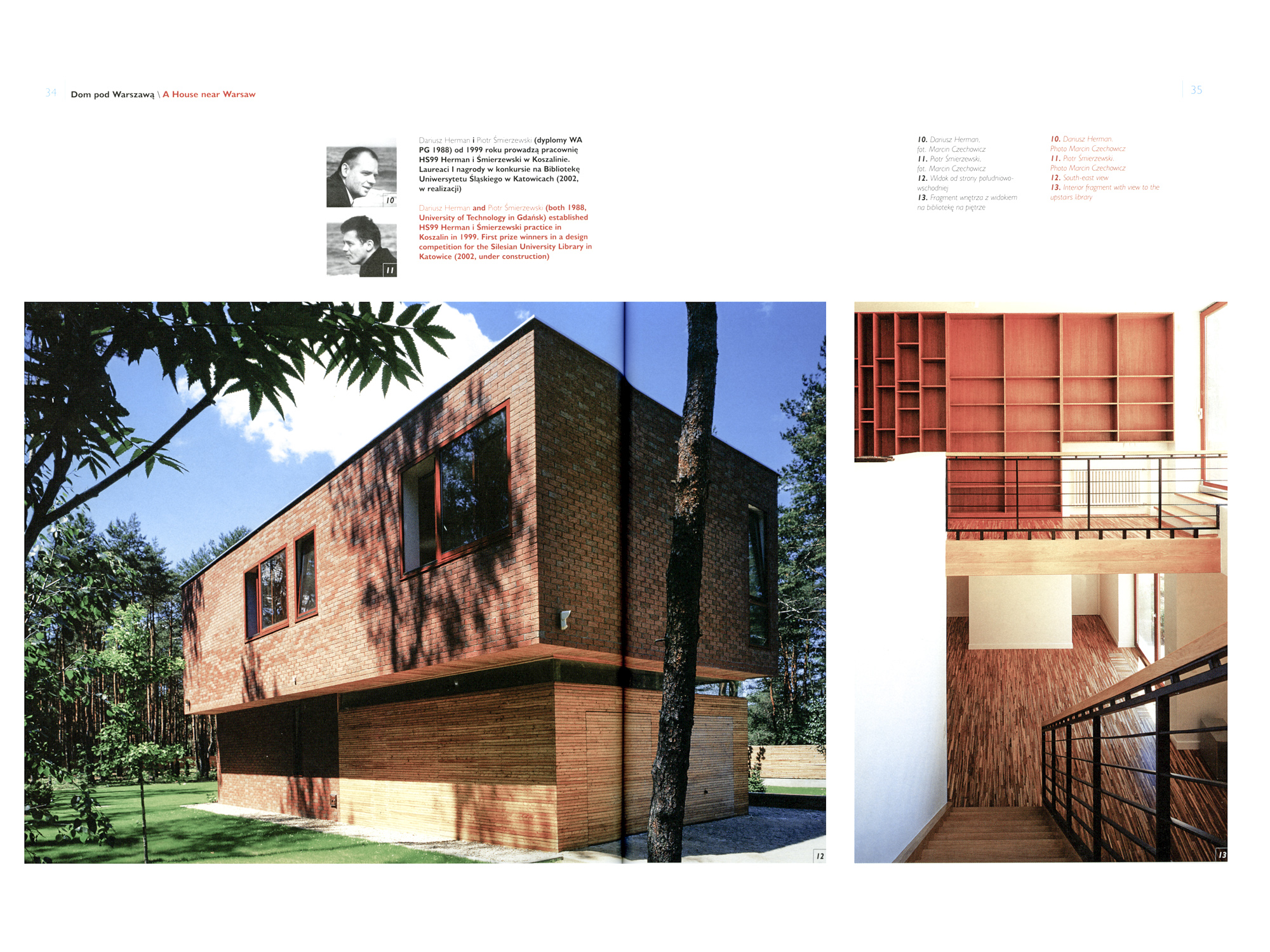