It was not to be an exceptional house. The architect’s own house was treated as any other design in hs99 studio, and as any other designs, it received its number. In principle, this was to be a small, light and one-storey house with a clearly defined functional programme and budget.   The house was designed in a suburban district of Koszalin, which as recently as till the mid 1990s was a village with a partially preserved buildings characteristic for this region. 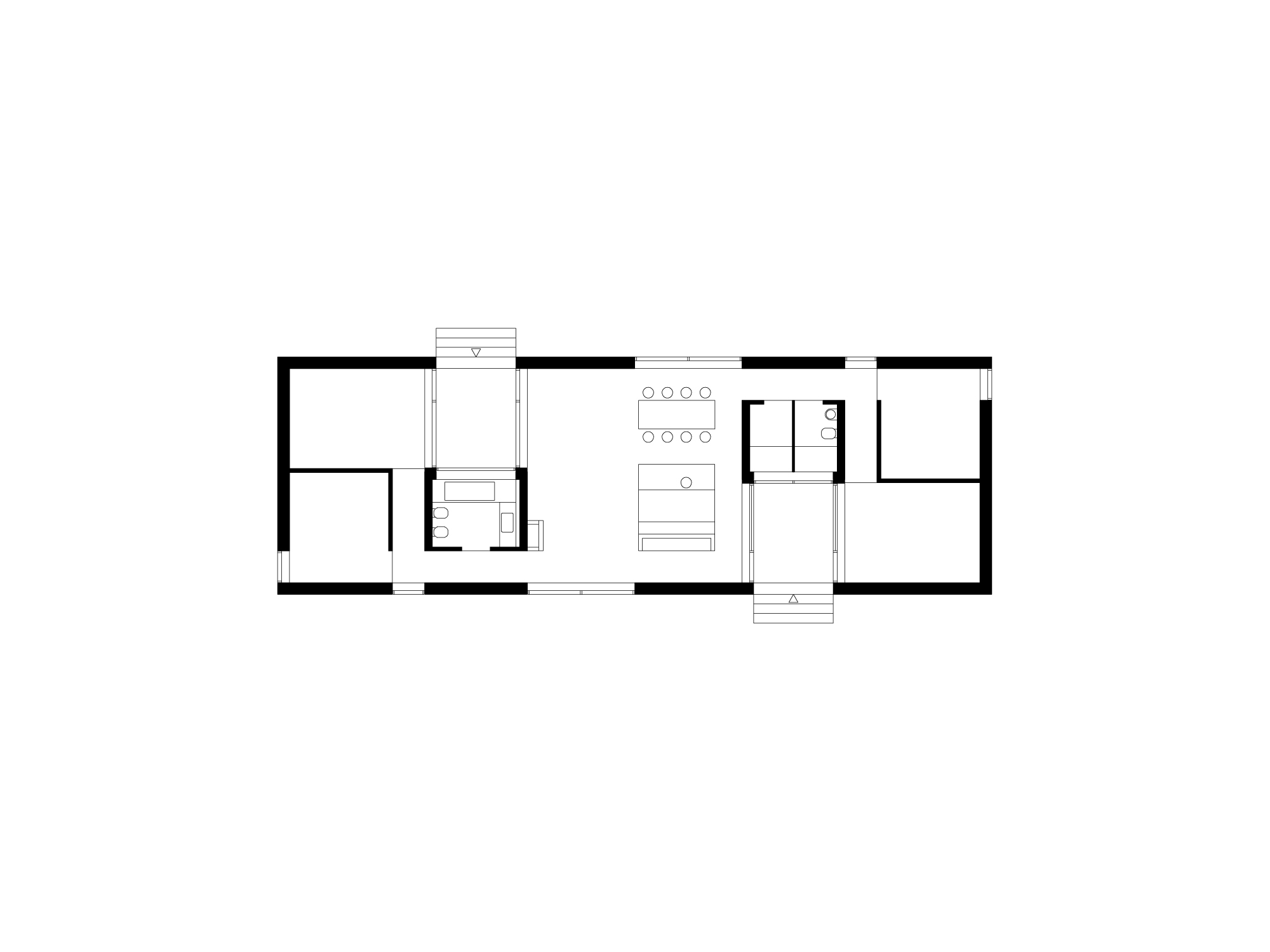 Located parallel to the road, the house divides the external area into public and private spaces. A garage was given up, and parking spaces for two cars were located directly by the road, outside the fence surrounding the plot. The chief purpose of the design was an attempt of a new interpretation of the type of a house with “detached maintenance rooms”, which divide the interior into various functional areas. 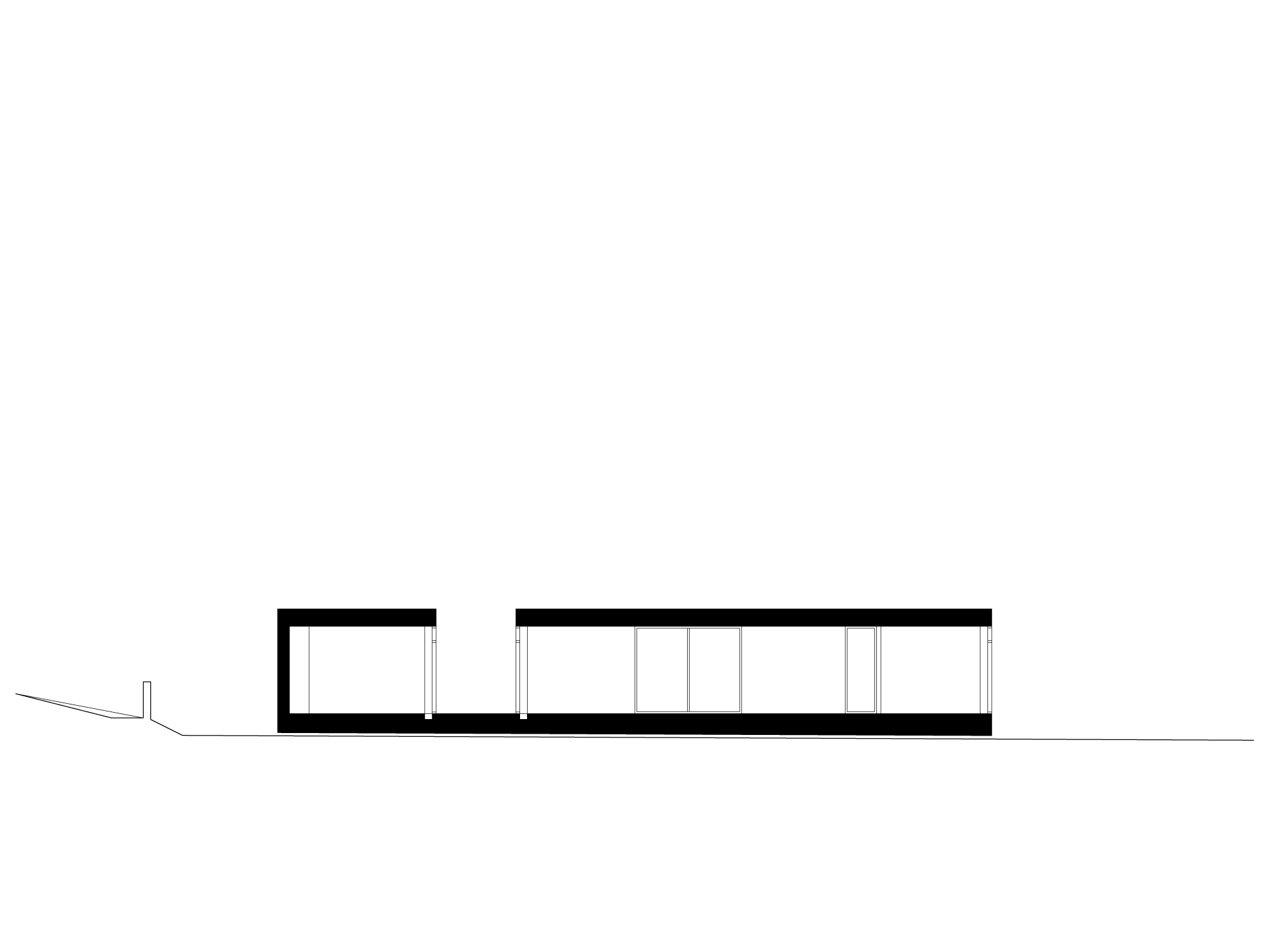 The internal space was organized on a plan of three squares. The middle one, not divided by walls, constitutes the central part of the house, which centres the daily life of the occupants around the kitchen, the table and the fireplace. Two side squares include the connecting area comprised of patios and maintenance rooms, which separate the central part from the individual rooms. Fully glazed in walls adjacent to the patios provides a visual contact between the living room, the bedroom and the study. This also allows a smooth penetration of the internal space, making the relations between these zones different from the commonplace ones. 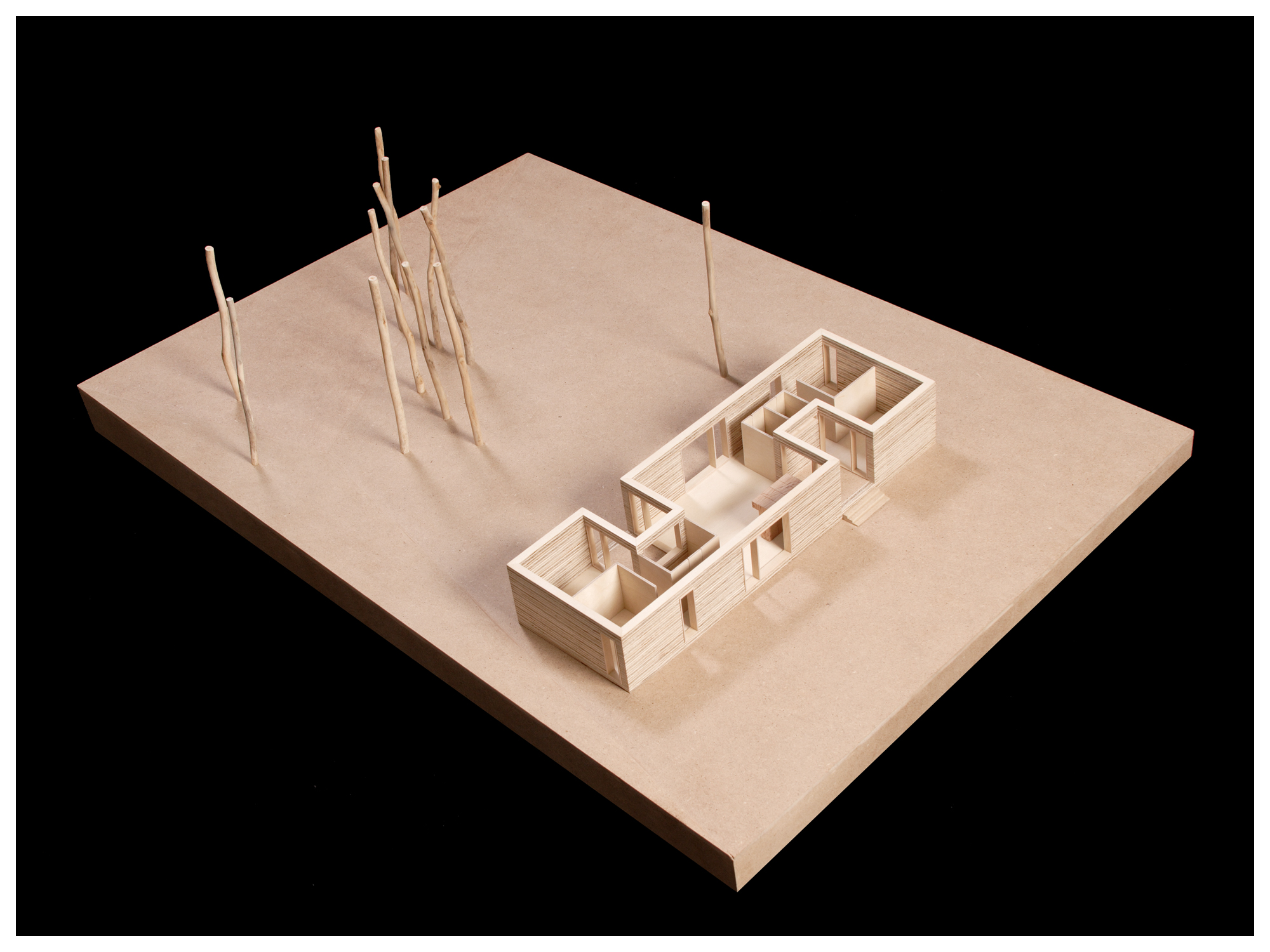 It was deliberate choice not to accent the entrance and to resign from a porch and a canopy. In spite of a lot of glazing, the house has a rather introvert nature. While inside, you are in a slightly different and orderly world, the exit from which is not so obvious.   The materials used for the realization is the brick typical for this region, combined with wood, as well as cobblestones with irregular shapes, resembling the ones put on the main road in the village.   As a rule, the design does not posses any refined details; it limits itself to defining only those things which are essential for it to exist. Not enough?