This relatively small single-family house is located in the outskirts of the town of Koszalin, in a new exclusive residential district. The diversity of the newly erected buildings, together with the existing residential buildings, form a development chaotic in its nature.  It was the investor’s wish that this be a one-storey building with a strictly defined programme and budget, and with its realization time reduced to a minimum. The consequence of the design guidelines was a detached building without a basement, in the technology of a prefabricated wooden framework, on a reinforced concrete slab. 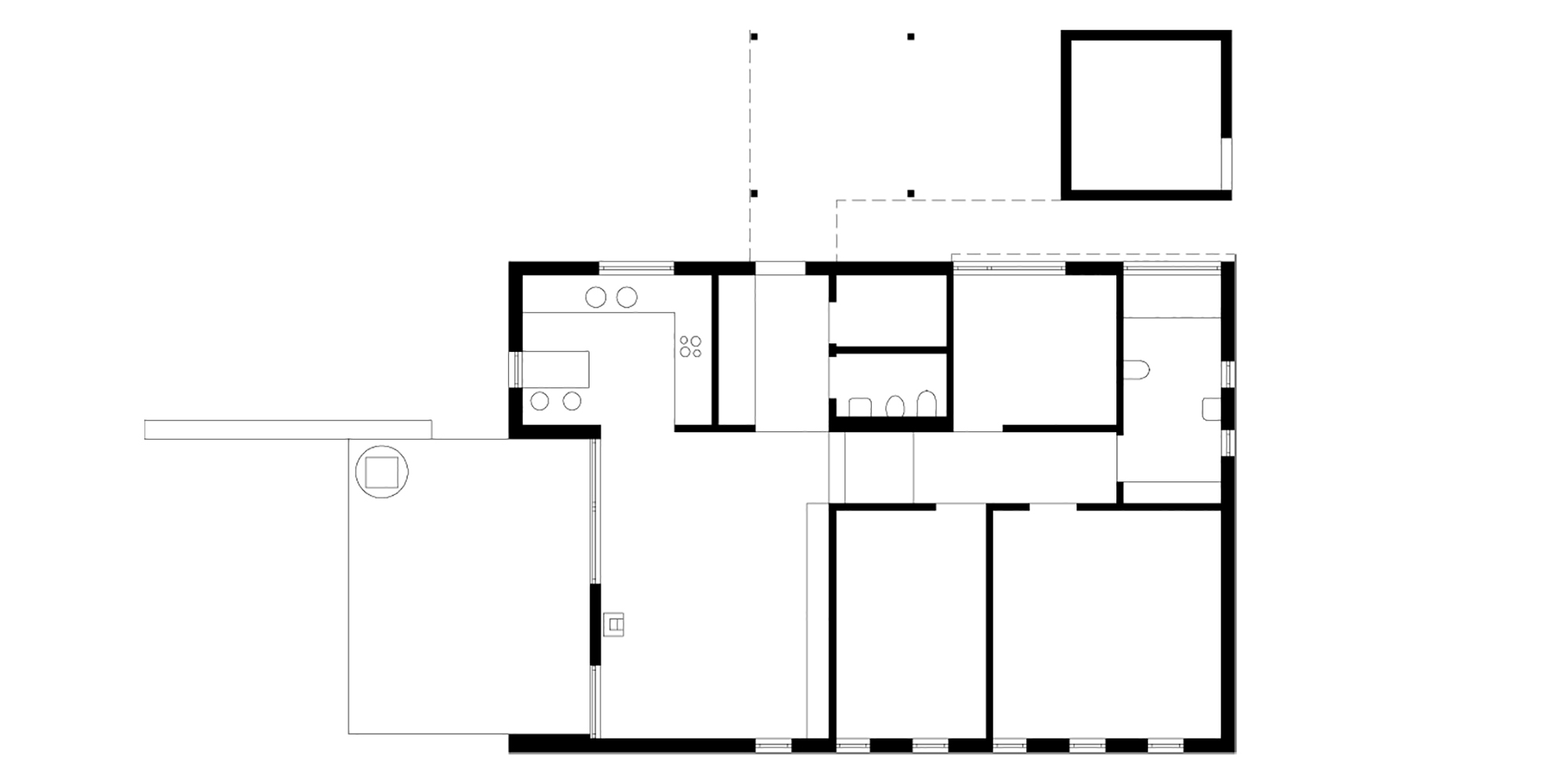 Lack of clear regulation lines along the road enabled the building to be moved away from the road and withdrawn towards the east side of the plot. The west side of the plot was left undeveloped. It now constitutes the recreational area of the plot fenced from its three sides with a high hedge (a former orchard). The access road to the property was planned from the north side, therefore the existing road was used. To the north of the residential building, there is a car shelter with a box for garden tools. 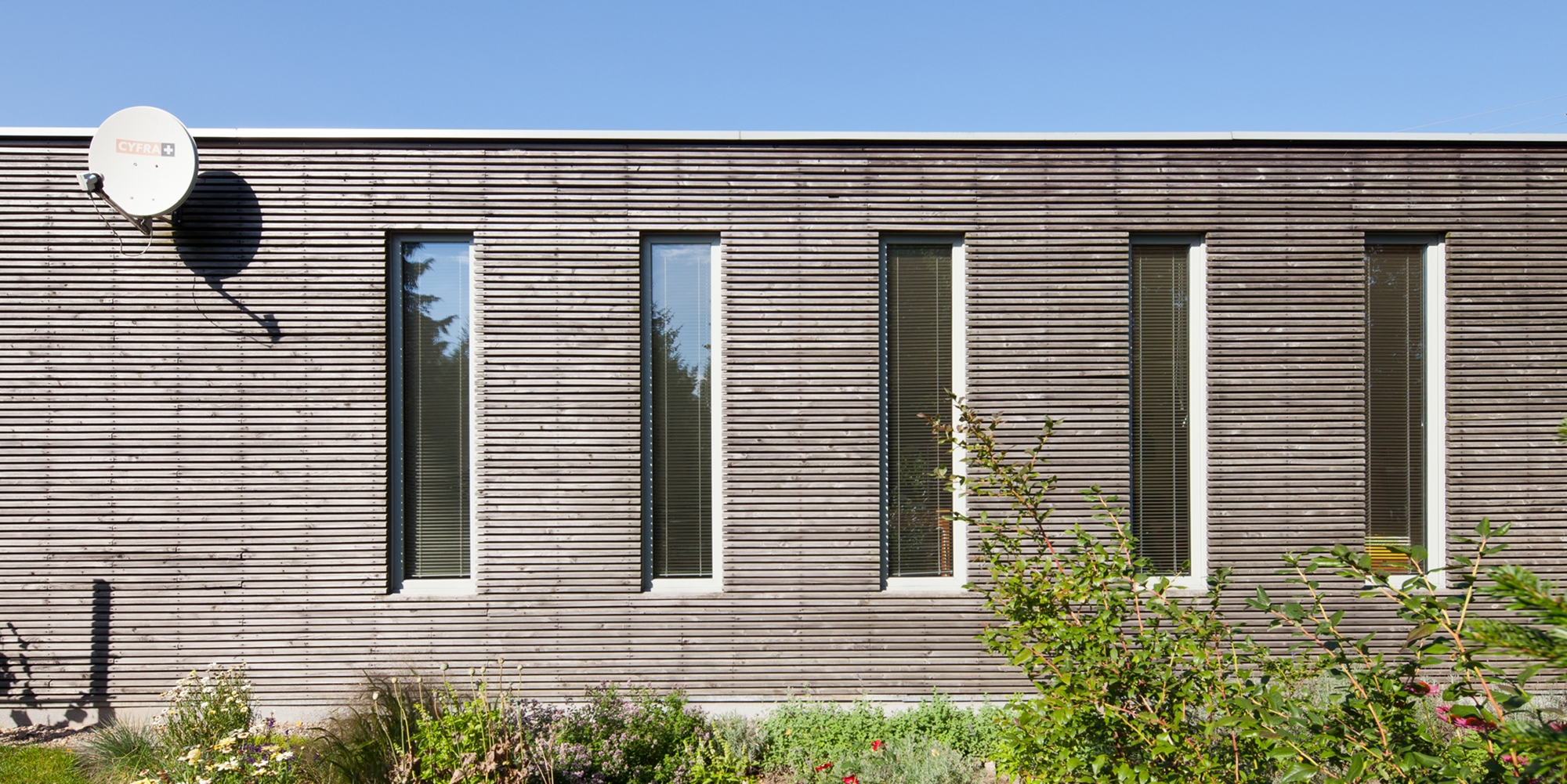 The whole facade of the building was designed from wooden beams located horizontally. The proposed façade from non-varnished larch wood reacts to changeable weather conditions (sun and rain), and thus has a dialogue with the garden, which is subject to cyclic and constant changes. The changeable weather conditions, seasons of the year and the passing time, provide numerous themes.  The building was constructed by a company from Koszalin, which deals with the production of ready houses in wood technology, which are traditional in their forms.