A small three-nave church, whose severe architecture is typical of the Pomeranian Gothic, is one of the most valuable historic monuments in Koszalin. A competition was organized to design a new, larger sacristy; the brief called for an underground chamber so as not to disturb the church building. The structure of the new sacristy rests on slim columns erected on the perimeter of the room. Between them, wardrobes for liturgical vestments were located, and the five bays of the sacristy correspond to the five periods in the liturgical year.

The architects used only three materials: unfinished concrete, stone for the floor and light-colored timber for the furniture. Two overlapping ideas are discernible in the design. The first one is symmetry and orthogonality, the other principle symbolizes the path from darkness to brightness. The construction of the new sacristy resulted in slight but essential changes in the urban design. Elements of the underground structure seem to be elements of street furniture. 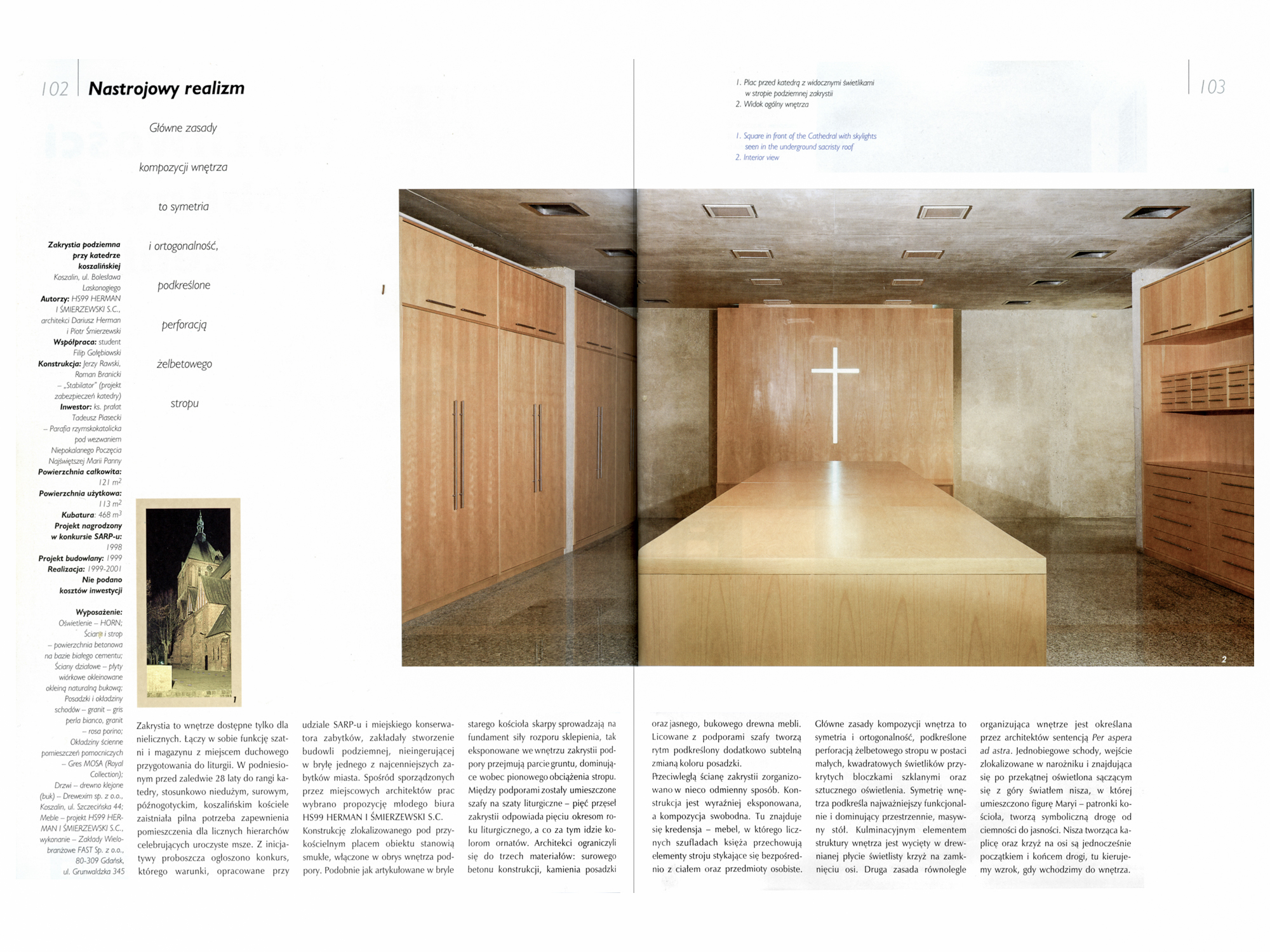 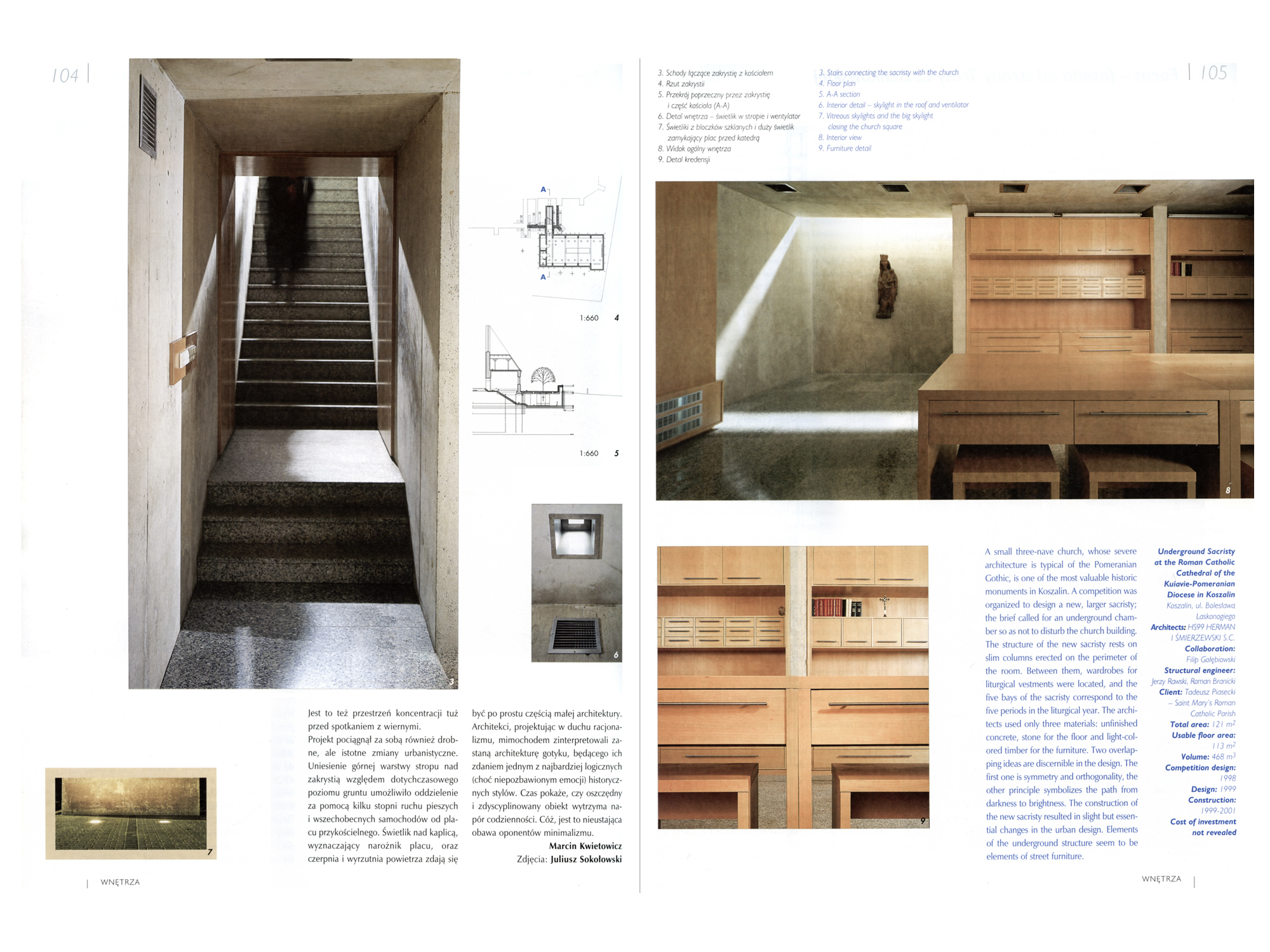