The main part of the Cemetery in Koszalin consists of two functional zones. The first and most important is the area around the cemetery chapel. In addition to the chapel there are also the cemetery administration building and accidentally located florist’s building. The second area is the quarter of Soviet soldiers – located north of the chapel.

The proposed urban concept involves the breakdown of the area around the chapel into two parts. The first – closely associated with the chapel – with all elements of development – Farewell Hall, greenery and a square dictated by symmetry of the axis of the chapel. The second, whose width is determined by the administrative building, where a car park and square in front of the Monument to the Victims of Communism are located.

Concise in its form, cut from the cube with sides of 10.50 m (width of the existing chapel), the body of the new chapel with its geometry adapts to the main divisions of the existing facility. At the same time, this body hides the furnace chimney. Simplicity of form is a kind of counterpoint to the richness of the surrounding greenery.

The continuation of development is also evidenced by the use of brick to wrap the building on the outside. However, the manner of its use gives the traditional building material features of the present times. Walled and grouted brick on the roof serves as the pressure layer in the inverted roofing. 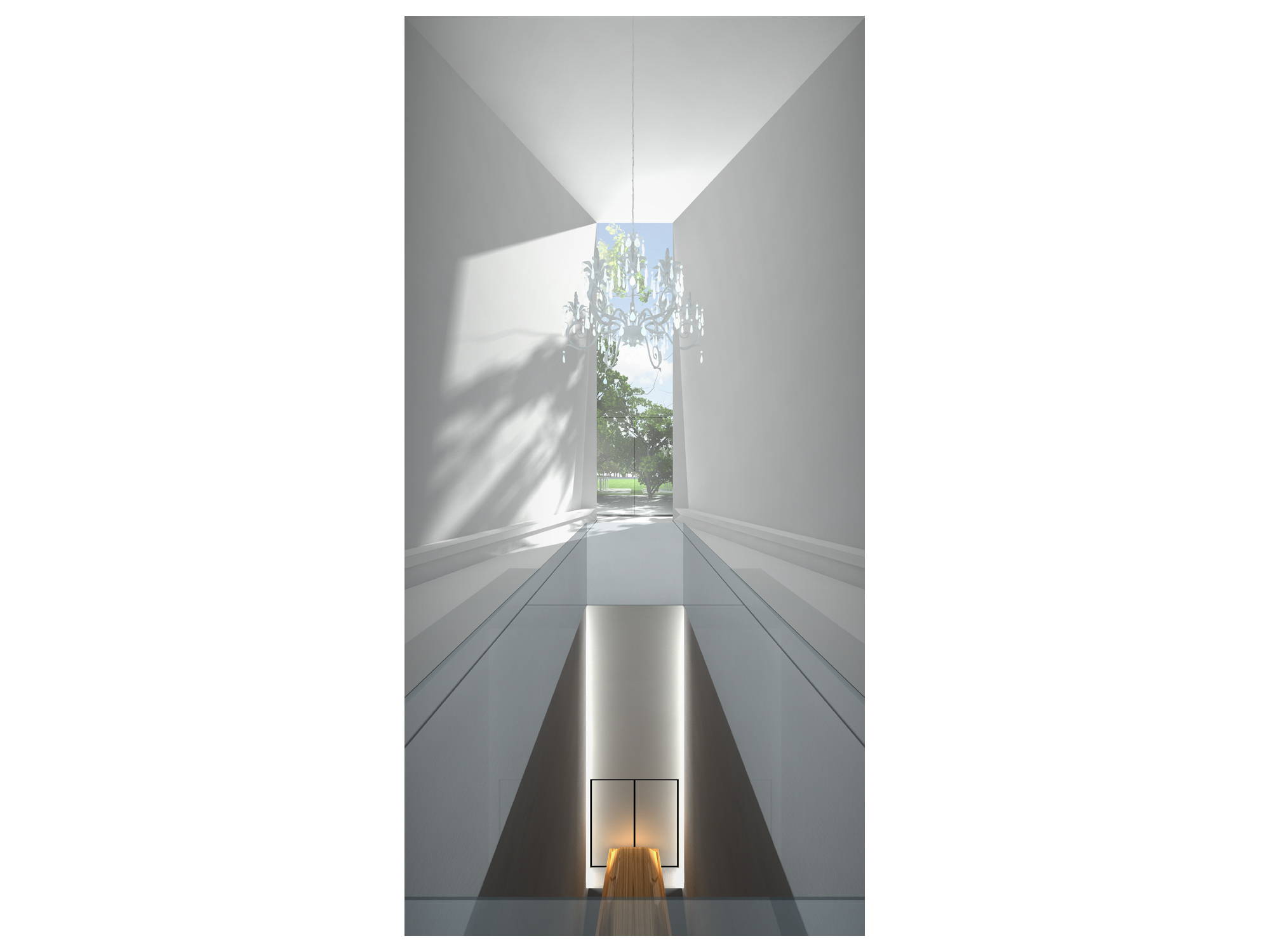 The interior of the Farewell Hall was entirely cast in white concrete. The hall has two benches for the immediate family and benches placed in the recesses of the walls which house a total of 45 seats for mourners. The only elements made of another material are windows, glass railings surrounding the catafalque with a coffin and rock crystal chandelier. Hole through which the catafalque with a coffin is brought to the hatch room using a hydraulic jack provides an opportunity to observe the introduction of the coffin into the furnace. 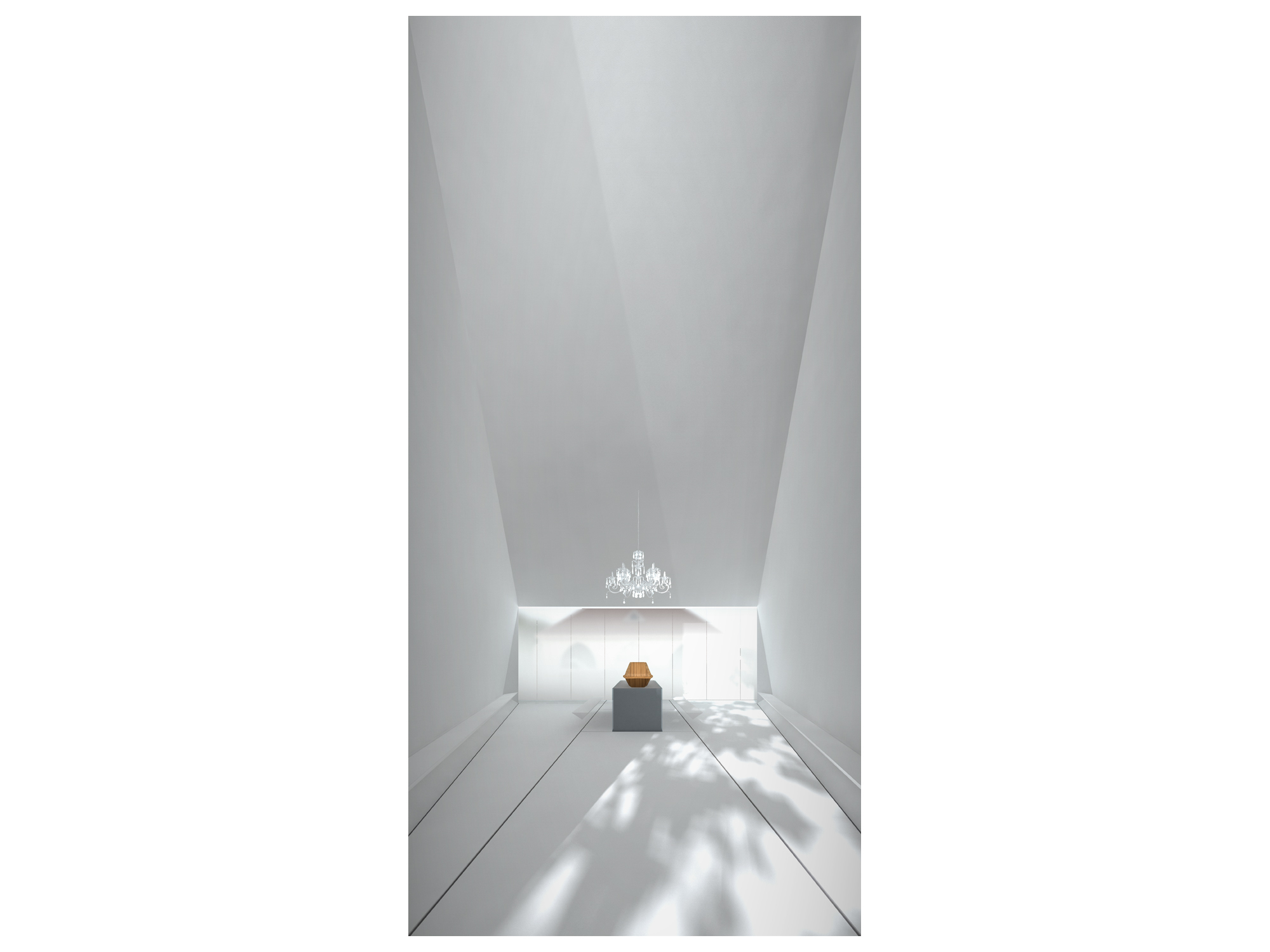 Two same-sized holes provide contact of the interior with the environment, light and are responsible for the mood of the interior, which contrasts the monochromatic harshness with richness of forms and colours of the vegetation surrounding the building.