The museum’s new building realizes the accepted urban planning objectives, whose most important element is the formal and functional independence of the new form. This form, situated on the historical development line, is in a dialogue with other important buildings both in the semantic sense (the Racławicka Panorama) and in the urban sense (the Post Office building). 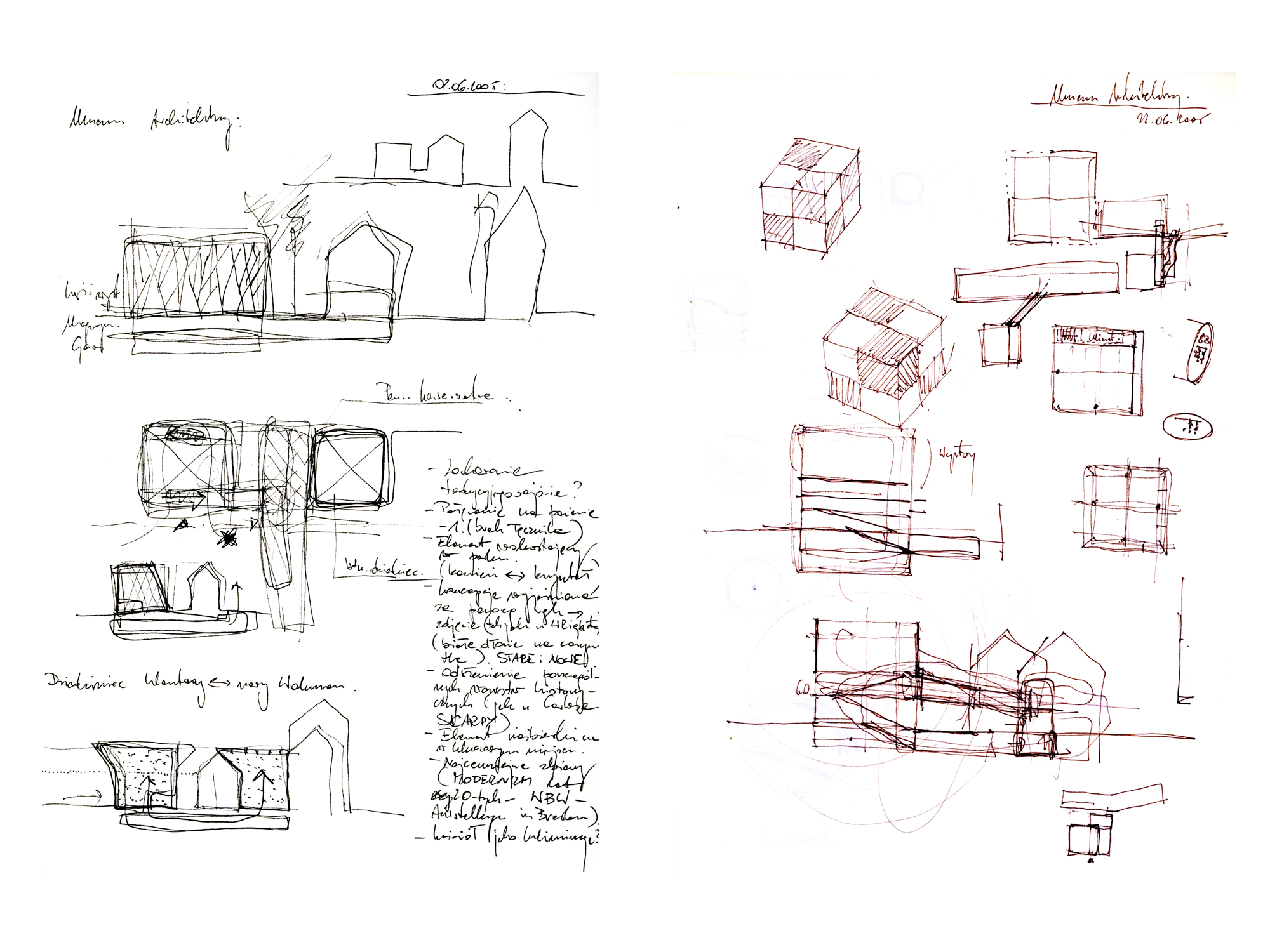 The museum’s new building was designed as a cube with a 24 metre side. Our contact with the building starts from the box office lounge, which precedes a small exhibition hall. The main element of the lounge is wide stairs leading to the underground space and narrow stairs leading to the upper floors. The wide stairs lead to a large lounge (lit by the patio), from where a cloakroom and toilet complex is available, a coffee shop, a conference hall and the main entrance to the Old Museum. The stairs running up lead to the Great Hall. On the half way, they reach the library floor. All the time which ascending and descending the stairs, the visitors can enjoy the view of the Slowacki Park and the Old Museum. 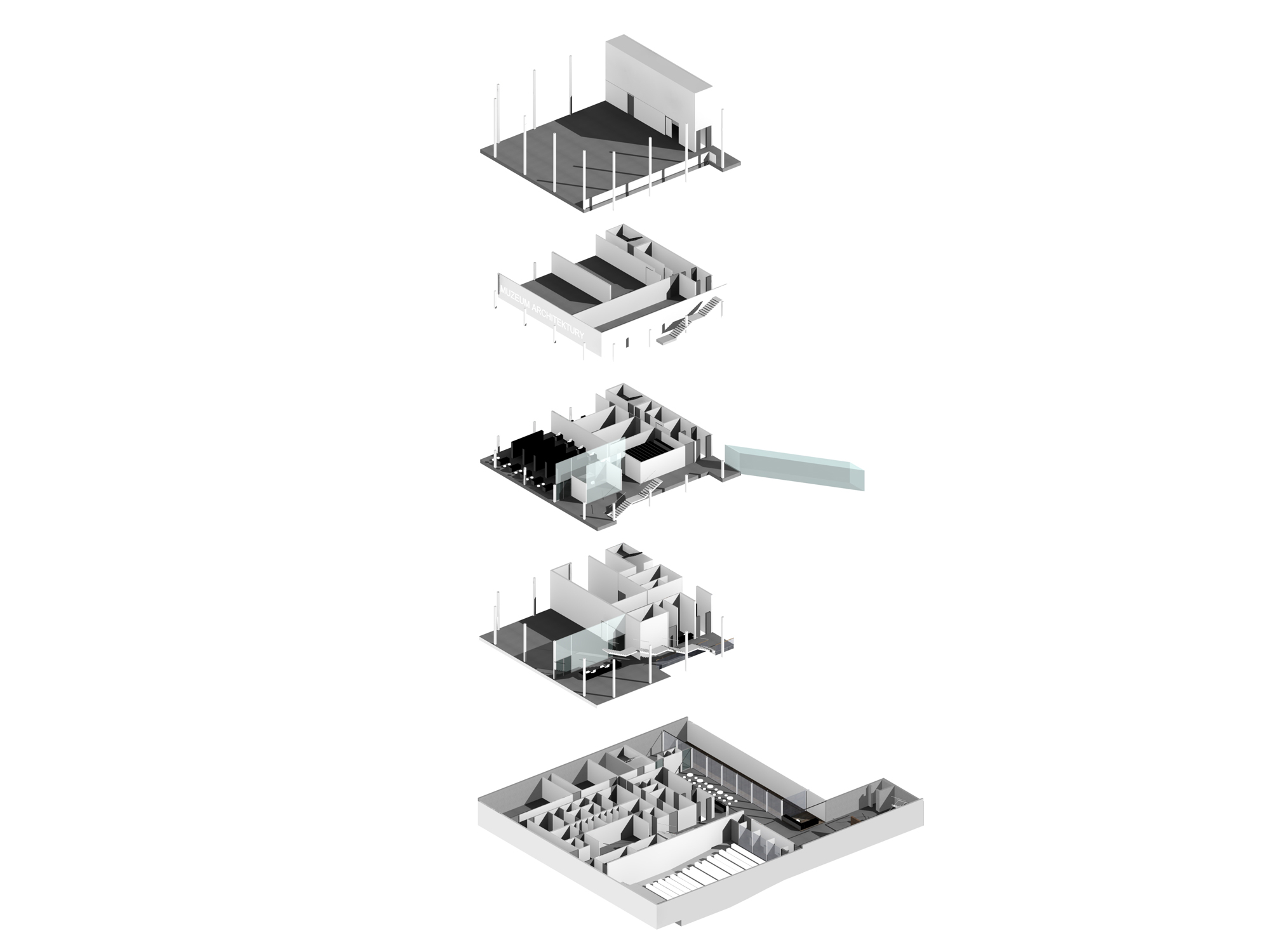 One of the principles accepted while forming the Old Museum is the minimum necessary interference with the historic tissue of the building. A single space of the basilica and the subordination of the longitudinal axis in its formation were the reasons of the axial designation of two exhibit halls in the aisle and one exhibit hall in the presbytery. 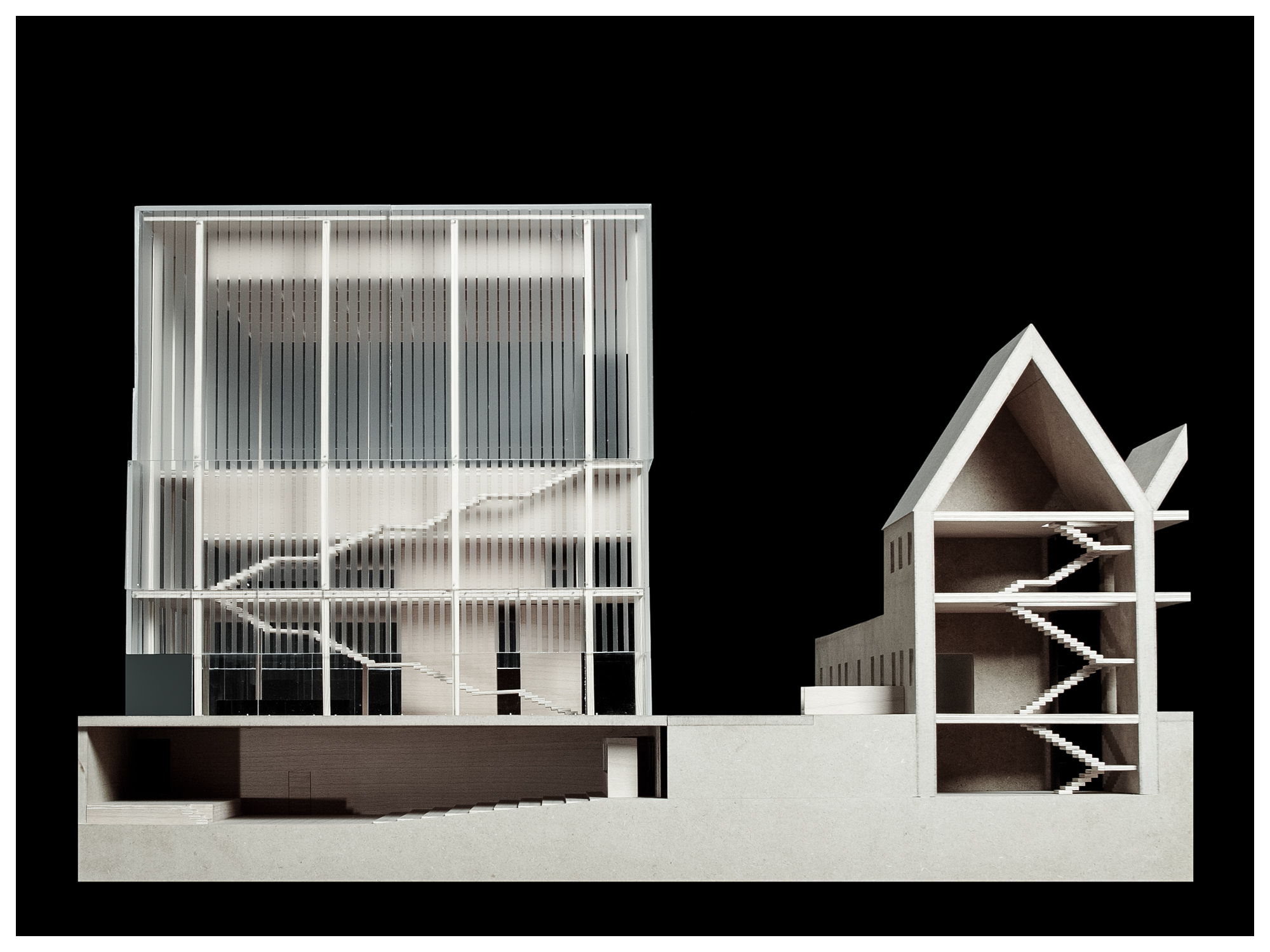 The glass façades of the New Museum reflect the accepted building’s structure. Three orders were imposed on the façades. The first, neutral one – which reflects the structure of the building’s construction – is eight three-metre high strips of hardened glass. The second order is the transparency of the panes decreasing in the upward direction, achieved through an overprint thickening in a geometric progression (from 100% on the lowest strip to 0% on the highest one). This corresponds with the functional dispositions – the Great Hall – lit from the above has opaque walls, the Small Hall – daily light from the façade, with a full contact with the immediate surrounding. The third order is manifested in the façade,s tectonics.