This facility is situated on a relatively large plot in a small housing complex located in an exclusive residential development estate in Koszalin. The designed house constitutes the first element of the housing complex including six houses of a similar nature and concentrated around their central public space. 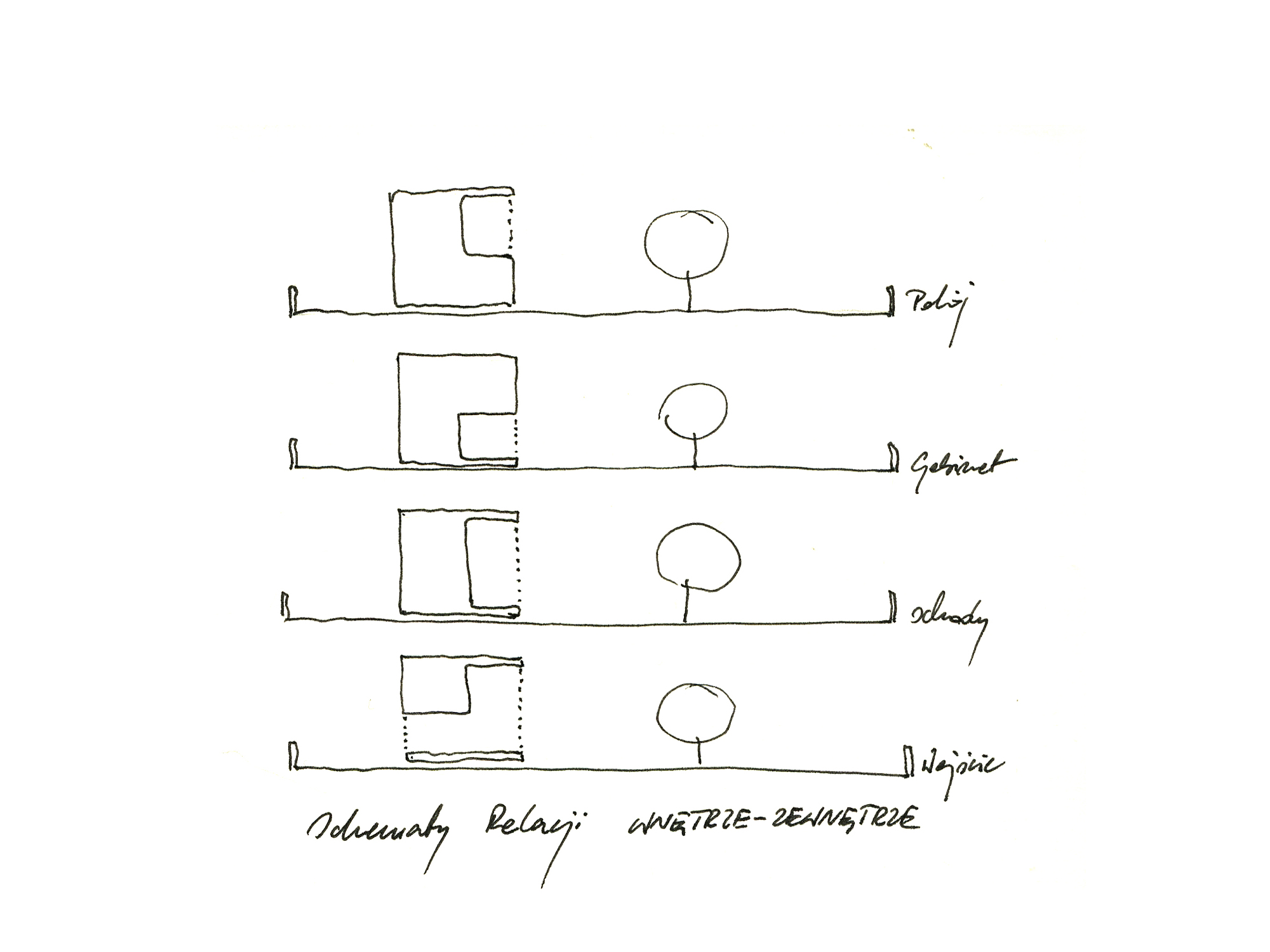 Such a spatial arrangement was transferred to the interior of the building. The spatial arrangement of this single-family house results from the fact of dividing it into two functional areas. From the entrance side, auxiliary rooms were located including an entrance hall, a kitchen, a pantry, a toilet and a passage to the garage. From the garden side, habitable rooms were located together with a study, stairs and also a gallery on the first floor. This gallery provides a contact between the first floor and the living room, and with the garden via a large glazing. 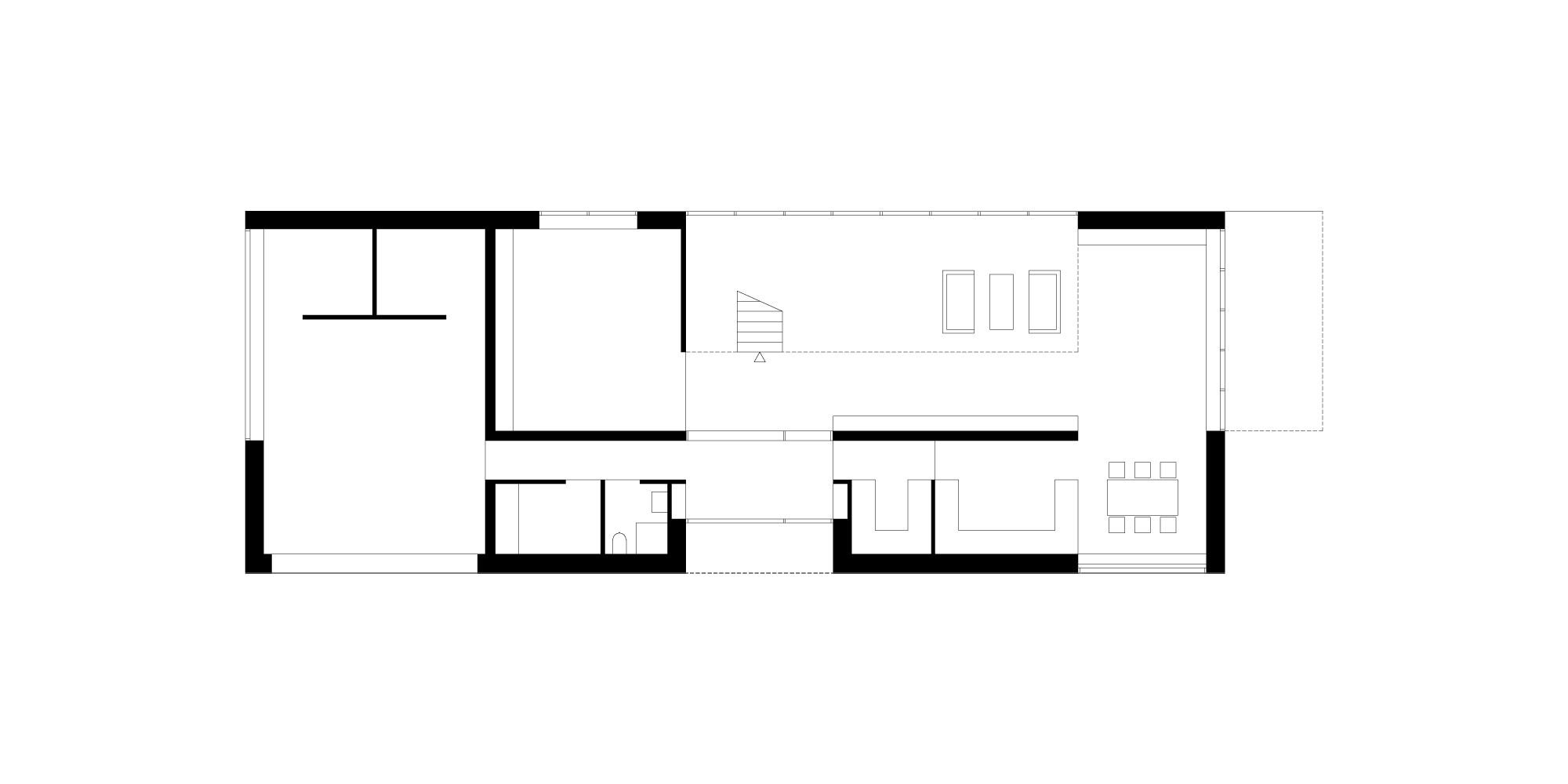 This two-floor space connects the two floors and provides communication to the occupants. It ends with a glazed-in facade of the garden, which in this way becomes an integral part of the house interior. 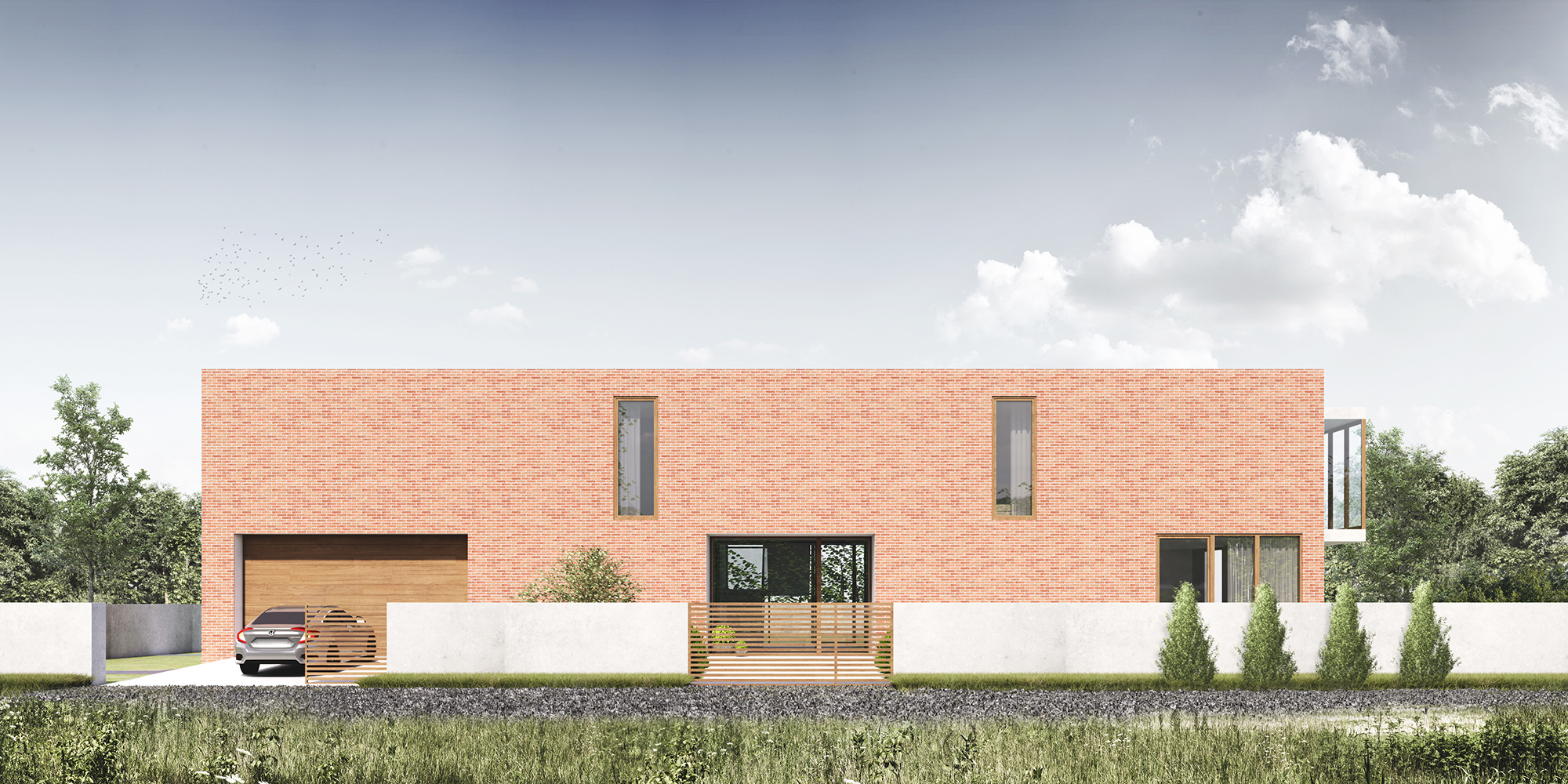 The building was finished with face clinker brick. The outer measurements of the house were selected in such a way that only whole brick modules or halves of bricks could be used. All the windows were designed to be made of wood. The two-floor wooden facade from the garden side was individually designed on the basic window module.