Critical review about the proposal for the development of Papal Square in Koszalin.

In their commentary called “Under the roofs of Koszalin”, architects Dariusz Herman and Piotr Smierzewski point out that they have some doubts as to the strategy proposed by Professor Bronic-Czerechowski. They say this project does not sufficiently account for the role and significance of the traditional city centre.

Actually, Koszalin does not have a well-articulated historic centre which could bear the competition of a peripherally located and well communicated commercial centre whose total area would exceed that of the services offered in the city centre. Considering the city’s limited funds for development, this could mean withdrawal of capital from the city centres for a number years to come. The concentration of the city’s fund and potential in the Papal Plaza postpones, and perhaps even blocks for good, the restoration of the old city centre to its original significance. 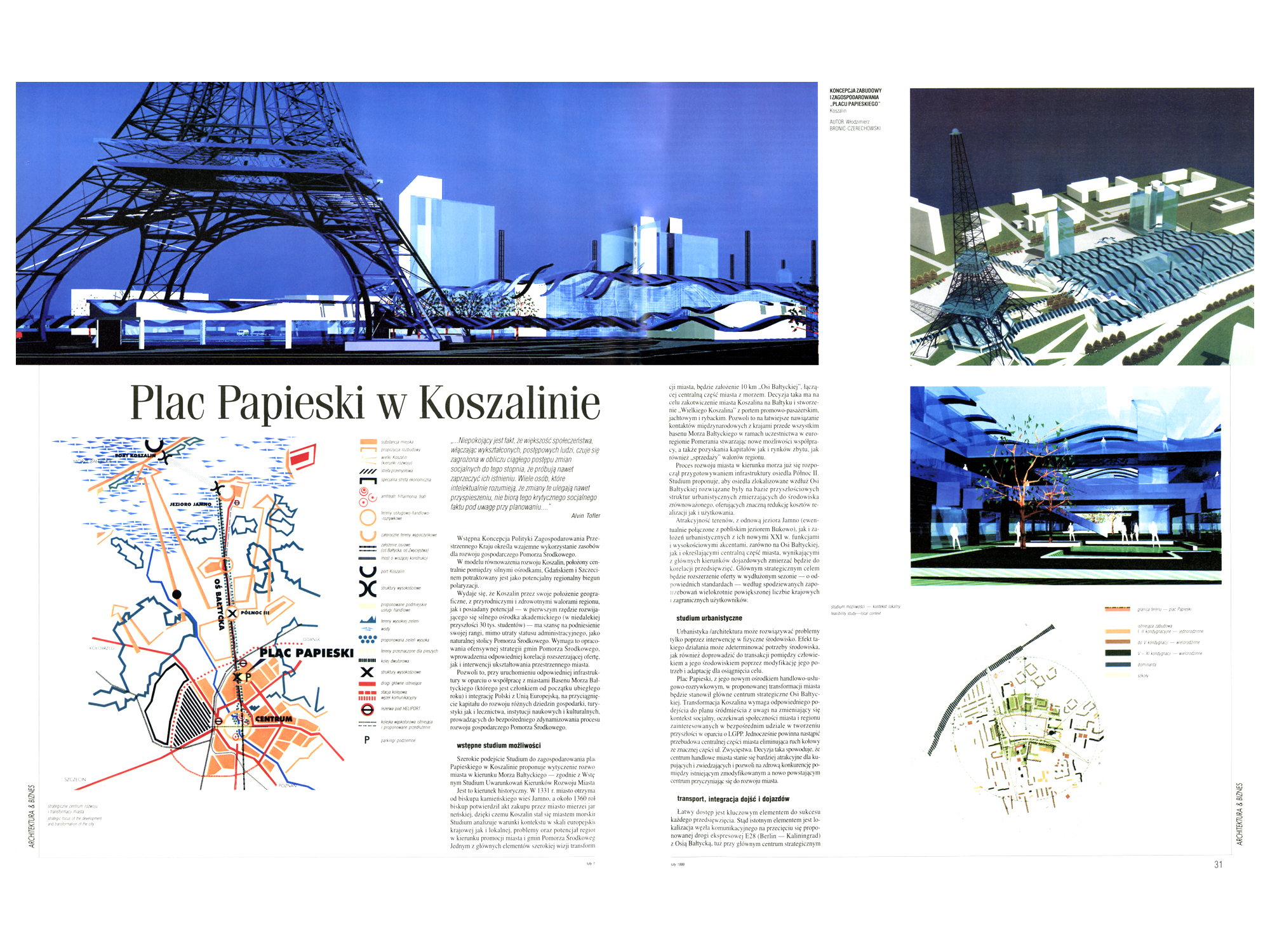 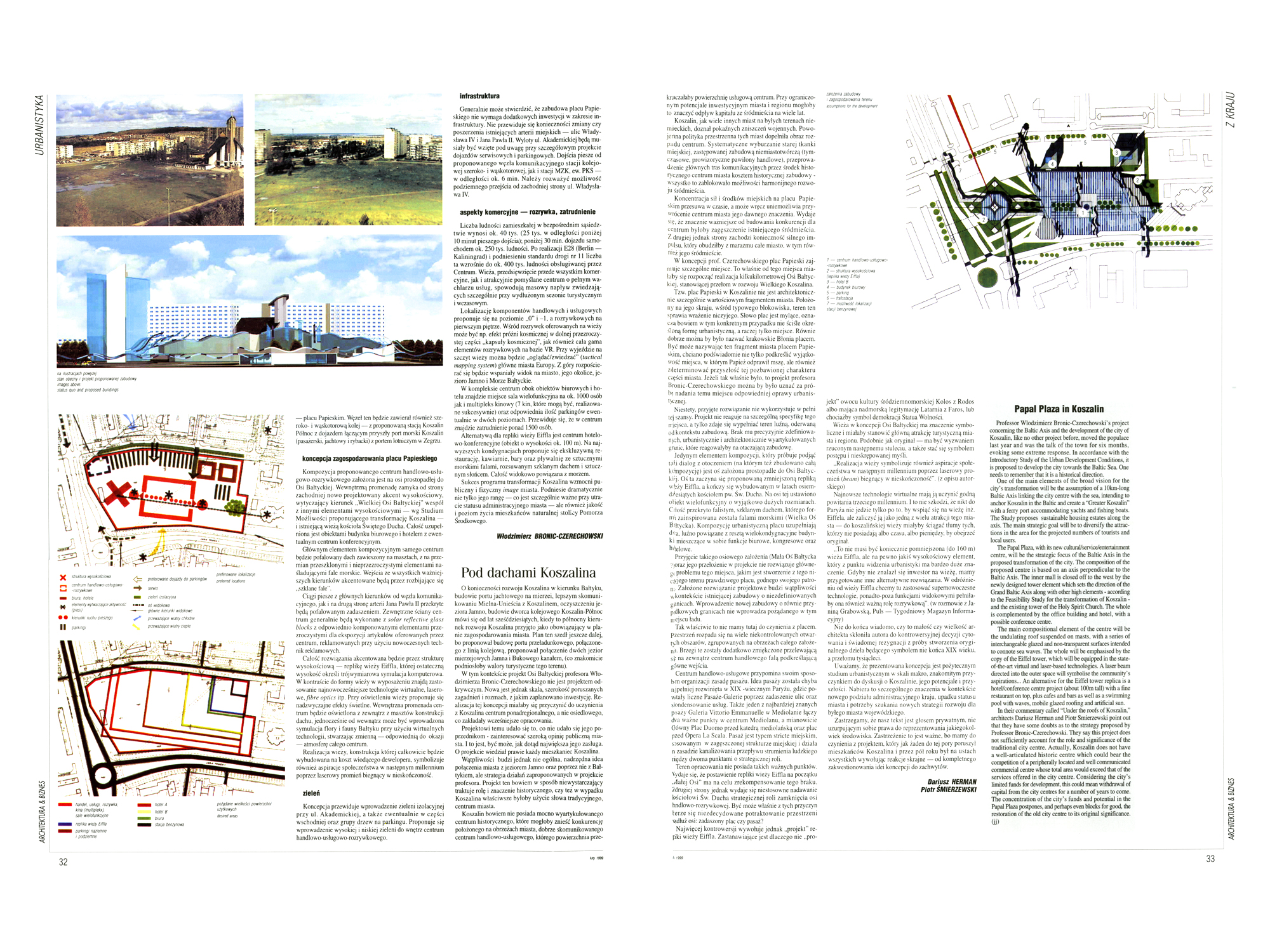