The river Meuse with its banks and bridges dominates the landscape of the whole conurbation of Walonia – “the crossroads of three cultures and three languages”.

The project was inspired by the idea of the bridge in the archetype meaning of the word, with its symbolic value as a connection and integration of different components, the seek for comunication. As a neutral, independent element, the bridge is by its nature the place where the meeting of different cultures is possible. This function of the bridge and its symbolic impact were the main inspiration of the proposed solution. It gave the answer to the question of transition between public and privat – the main theme of Europan 3. 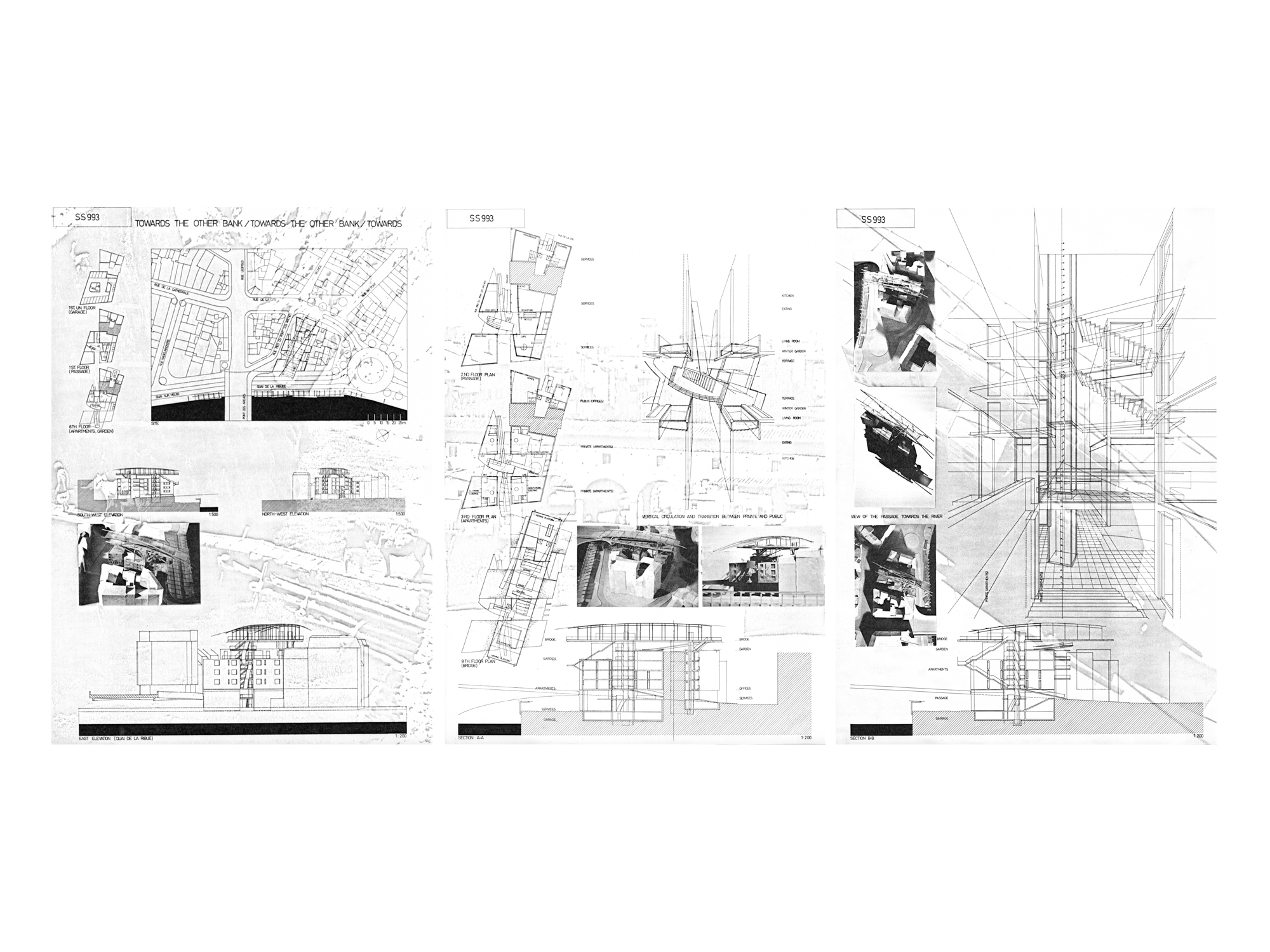 The scheme of project was strongly influenced by the historic evolution of the site. It is some kind of reminiscence of the old Pont des Arches, and the situation of the neighbourhood before 1938. The building consists of three massive blocks which are connected by the light steel-glass structure of the bridge. The new bridge picks up the direction of Pied du Pont des Arches and the old Pont des Arches at the same time. It reminds that this street was one of the most important connections with another bank of the river Meuse, which is now difficult to realize. The introduction of the passage-internal street restored the old connection between the city and the river.

Another part of the dialogue with the heritage of the city was the intention to protect all the existing houses of the city block. For this reason the idea of the bridge helps to connect two different parts of the site without demolition the existing building. The structure of the bridge stands above the old building that is located in the middle of the site. Moreover, the scheme integrates it in a way that it becomes the unseparable part of the concept. 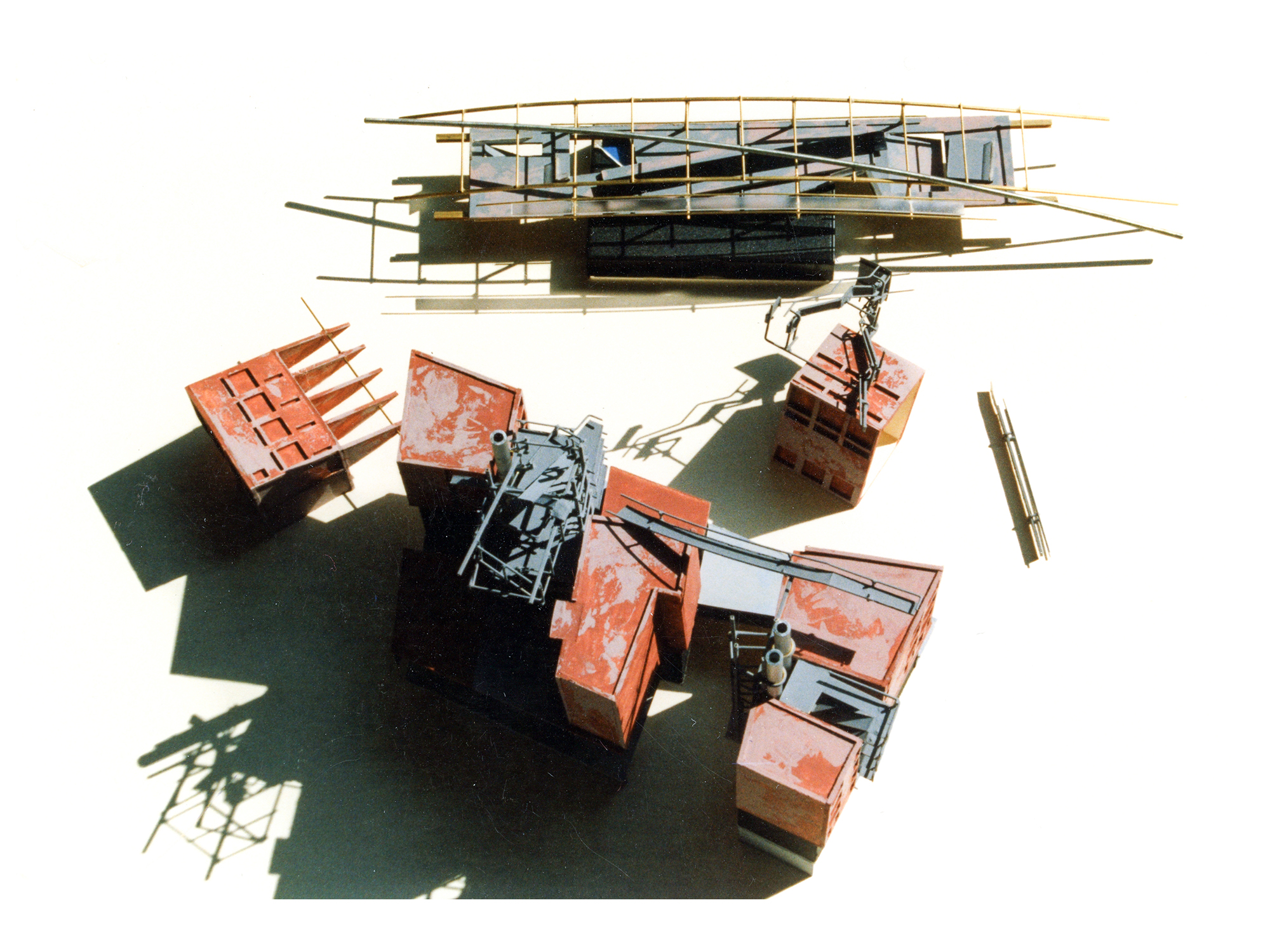 The idea of the bridge was also used as a part of the answer to the question of relationship between privat and public sphere, intimacy and urbanity. the form was divided into three parts, one located tomthe west of existing house (Rue de la Cite) contains service facilities and offices, the others on the east side (Quai de la Ribuee) contain services and apartments. The bridge connects functionally and symbolically those two different components. The climax of this unification is a theater – a meating point of inhabitants and general public ( concerts, happenings, etc.). In order to attract the people into the town and stop the irregular development of the countryside the project proposed alternative urban form of habitation to the idea of the “house with the garden”. It mixes residential realms with places of work and supply and service facilities.

The location of all 12 apartments on the east side of the site, along Quai de la Ribuee, provides eye-contact with the river and gives the feeling of living outside the crowded city. On the other side all the apartments through their living space keep close contact with the live of the passage. The layout of many apartments allows the flexibility of their arrangement. For example the place of work can be integrated with the entrance, and the living space of the apartment. The other places of work are to be found in the west part of the site.