The location of the new wing of the Music School in Rybnik, including a concert hall, emphasises the public, open character of the entire facility. The building, being set back from the street allowed for the creation of two diverse public spaces. The first is a public square opening onto the street and city; the second is an internal, enclosed schoolyard. The main entrance is located in an arcade which forms the space between the two zones. 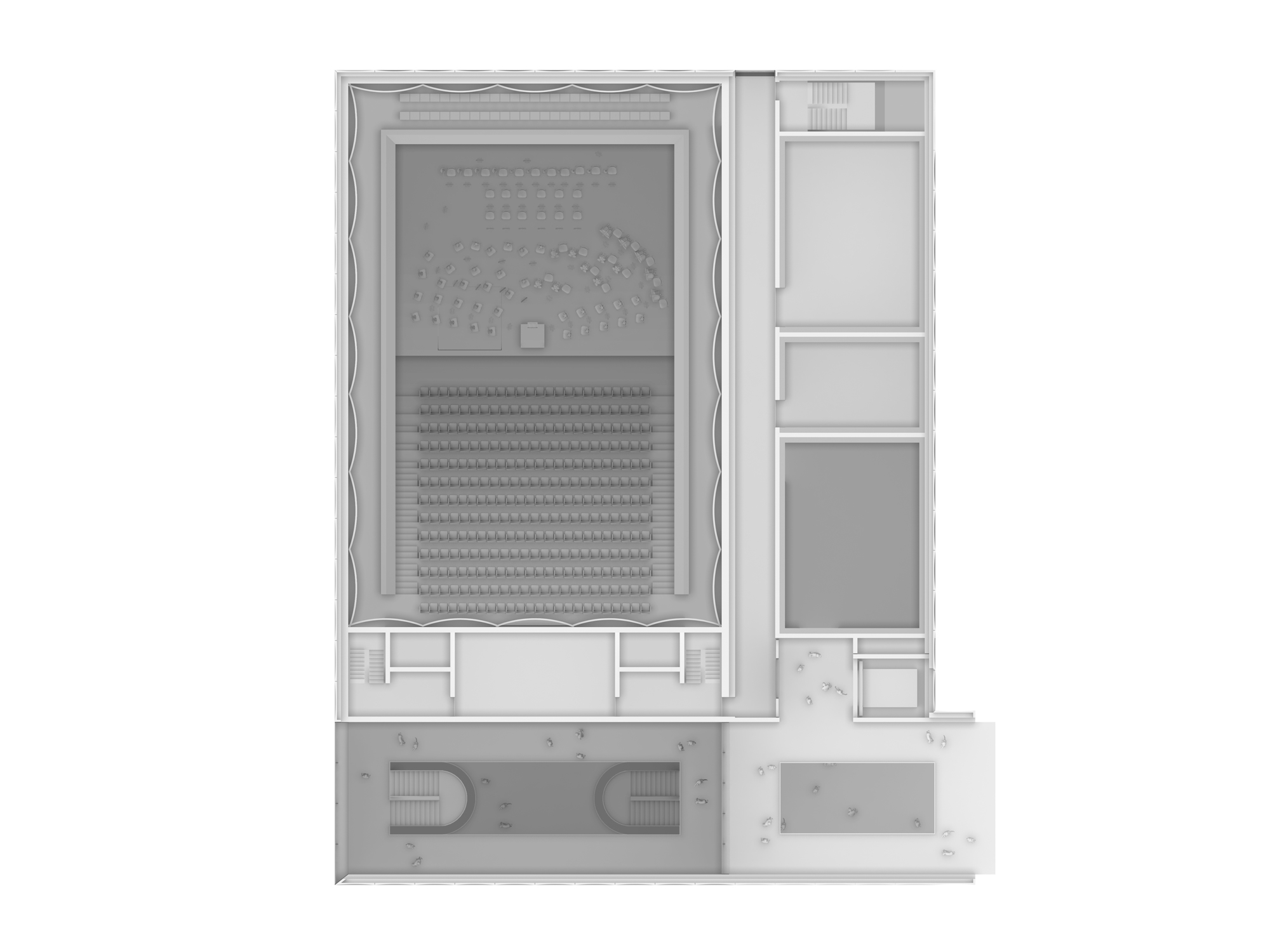 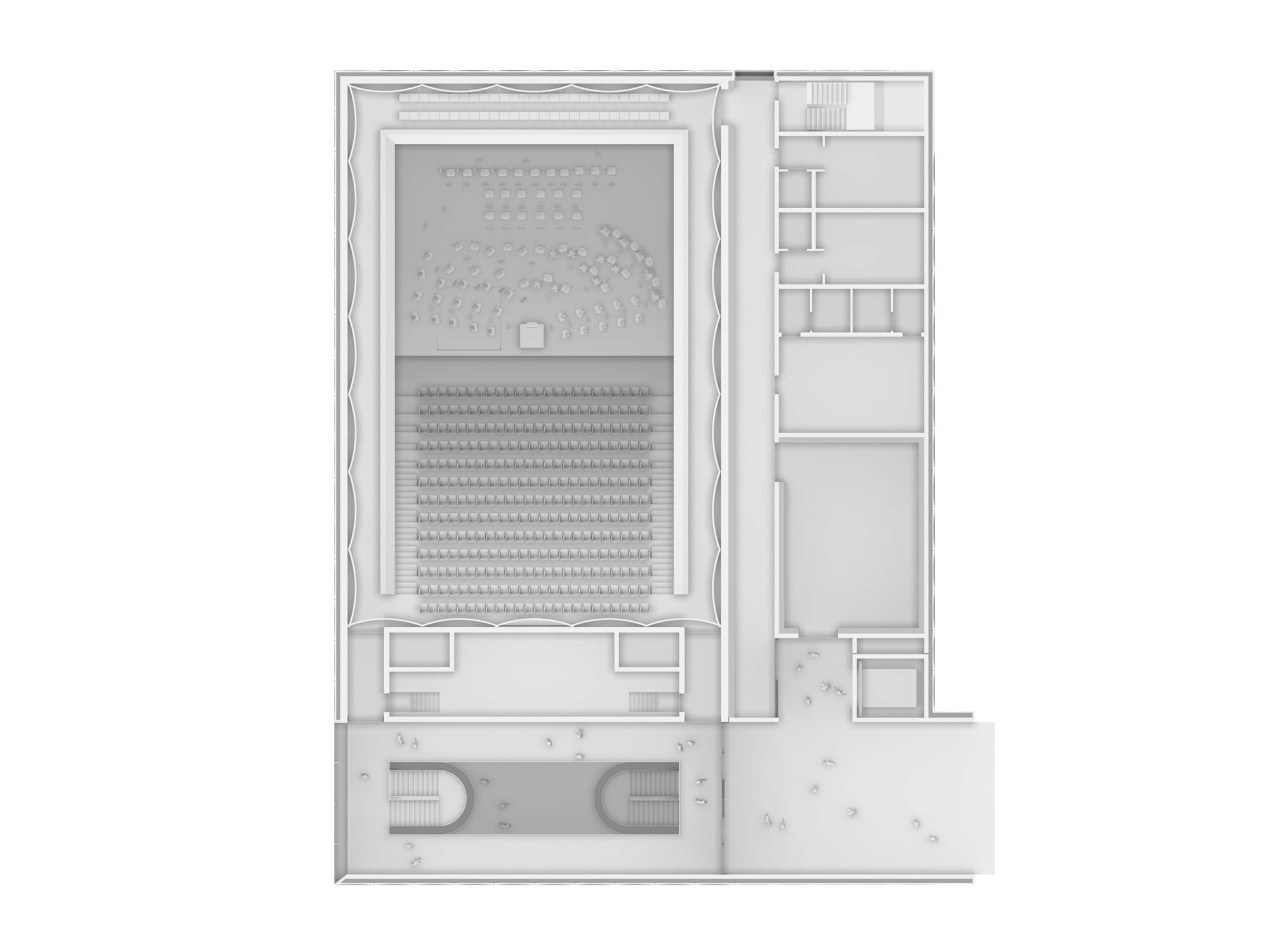 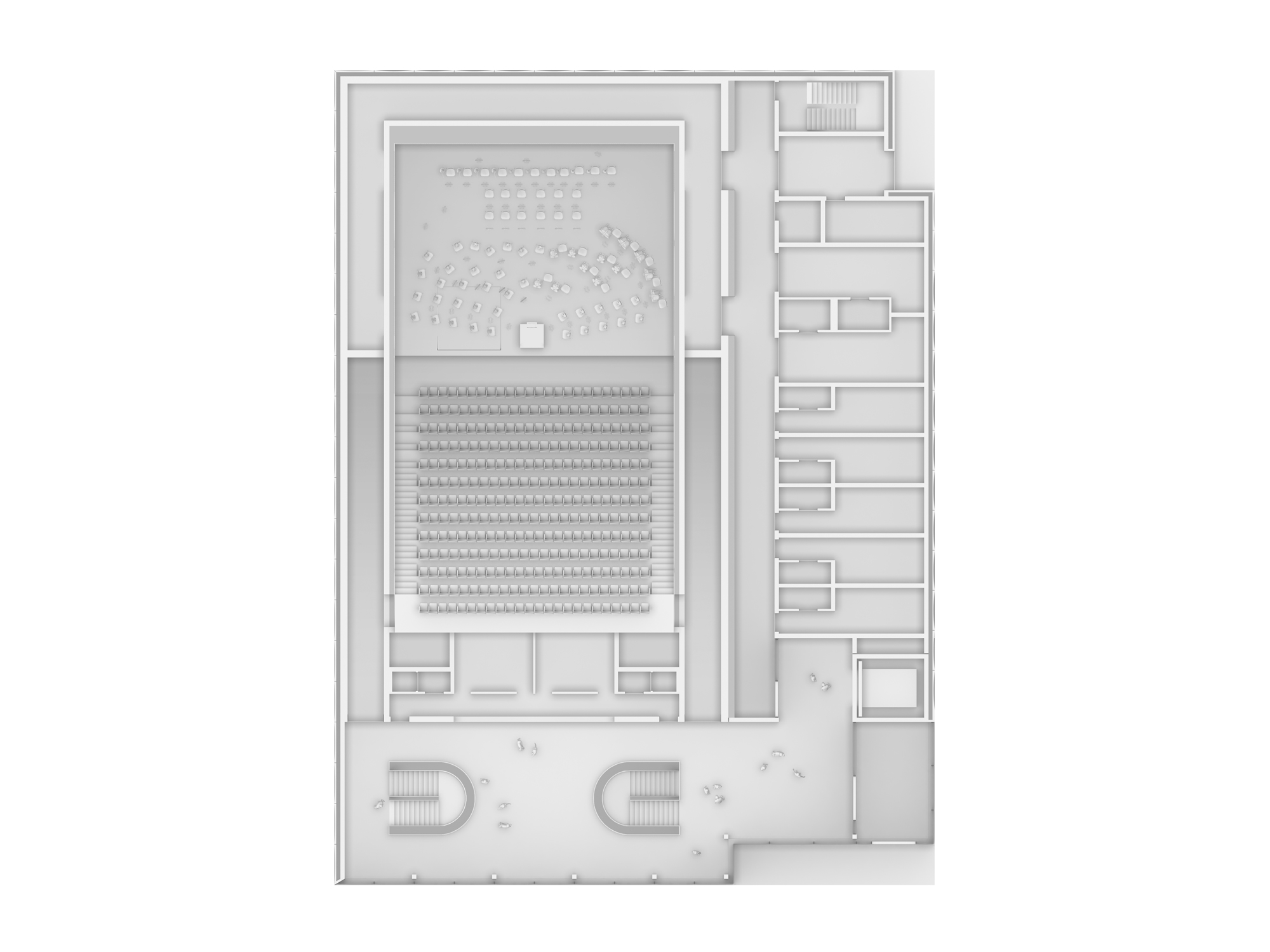