Piotr Smierzewski critical review of the Concert Hall in Szczecin.

The New Concert Hall in Szczecin

Some with love, and some will hate the new Concert Hall in Szczecin, says Marek Dunikowski, the chairman of the competition jury, which selected this design by a young practice from Barcelona.

At the first glance, the strikingly white, almost ephemeral structure seems to be an alien, but it actually follows the traditional building alignment, has the same hight as its neighbors, and especially the venerable neo-Gothic provincial police headquarters it adjoints, and its facade and roof divisions reflect the buildings of northern medieval towns. Before WWII, this very site was occupied by a Konzerthaus, destroyed later by Allied bombings, so although several other locations were considered, finally it was decided to uphold the tradition of the place. All elevations are made of vertical aluminum profiles, interrupted only at the entrance and very few windows. Inside, the hall and foyers are large and high, also maintained in monochrome white color. This is why the entry to either of the two concert halls means a complete change of atmoshere. The small concert hall, with 190 seats, is black, simple and neutral; the big one, of the shoebox type, is finished in expressive golden color and seats 950. The new concert hall has already become the icon of Szczecin, and together with Przelomy Dialog Center, now beeing completed next to it, it shapes one of the most important city squares. 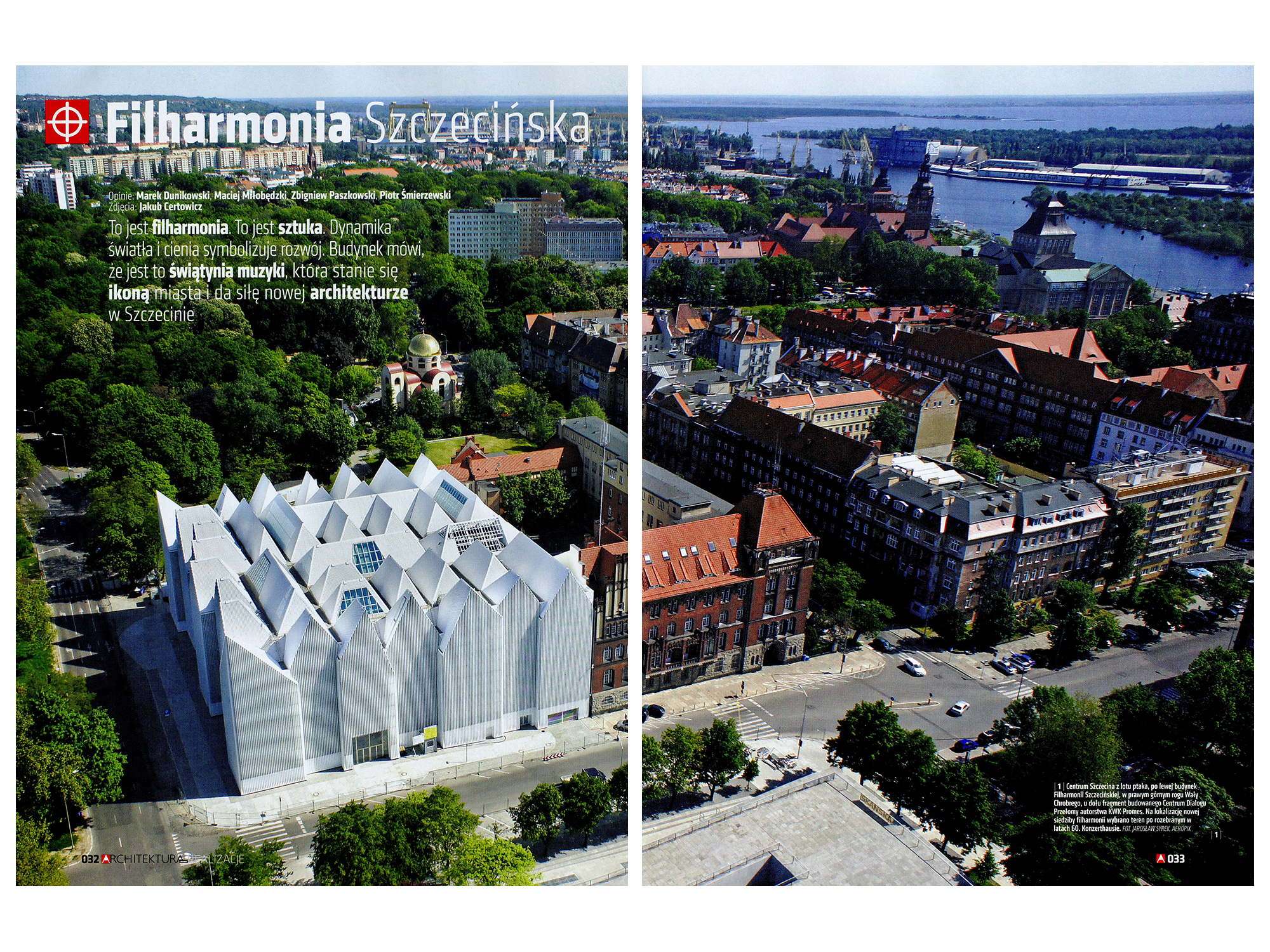 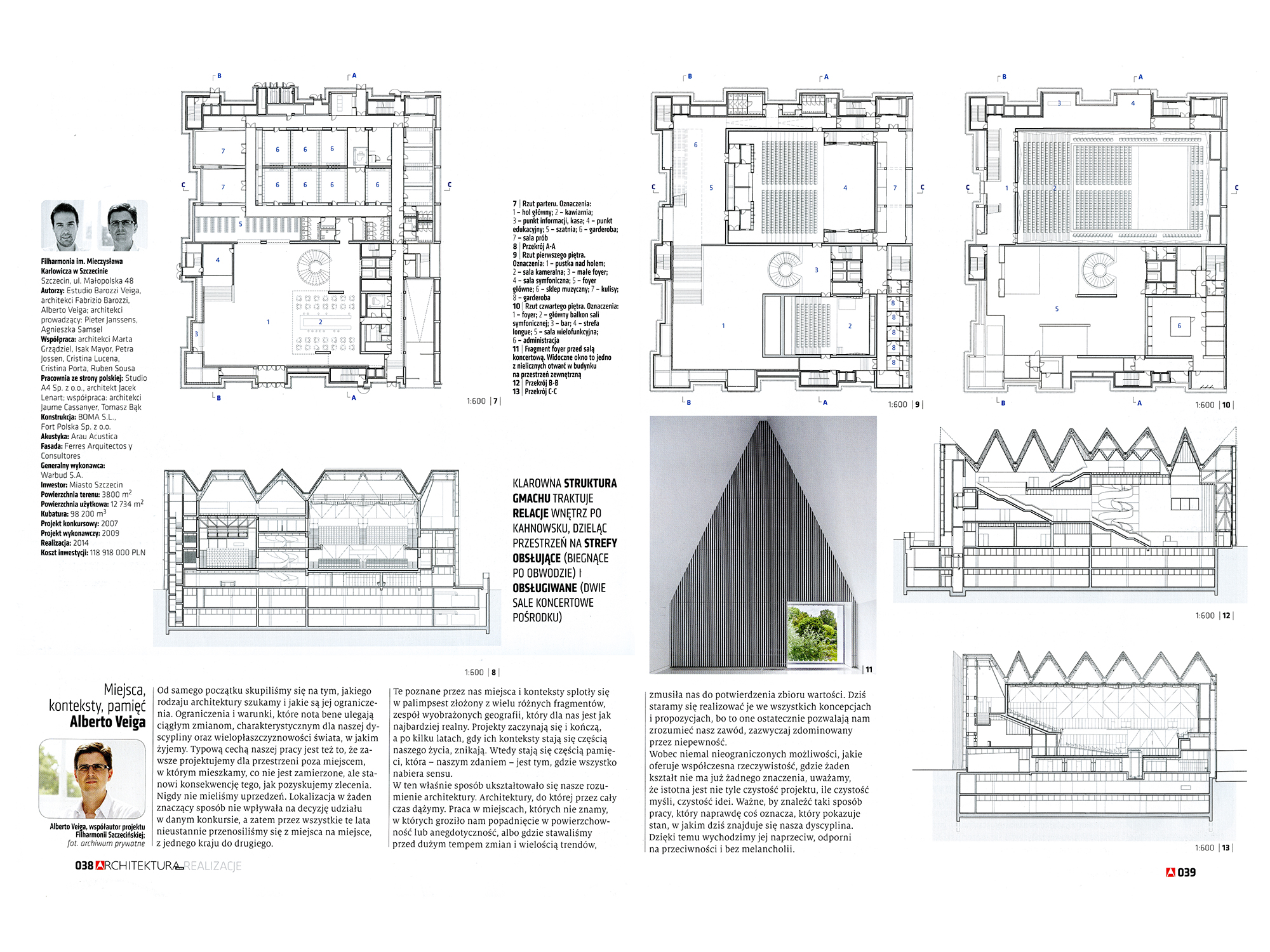 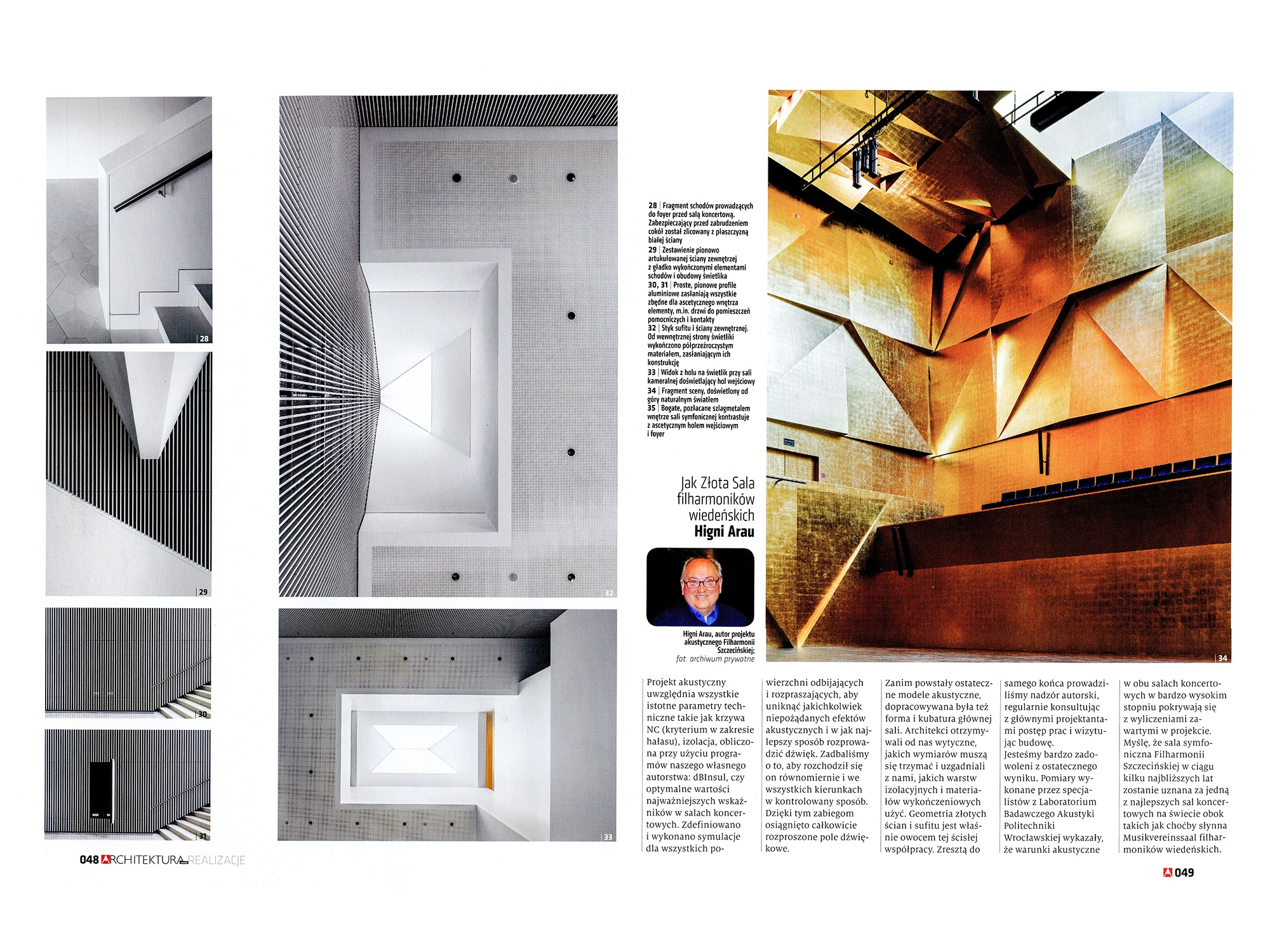 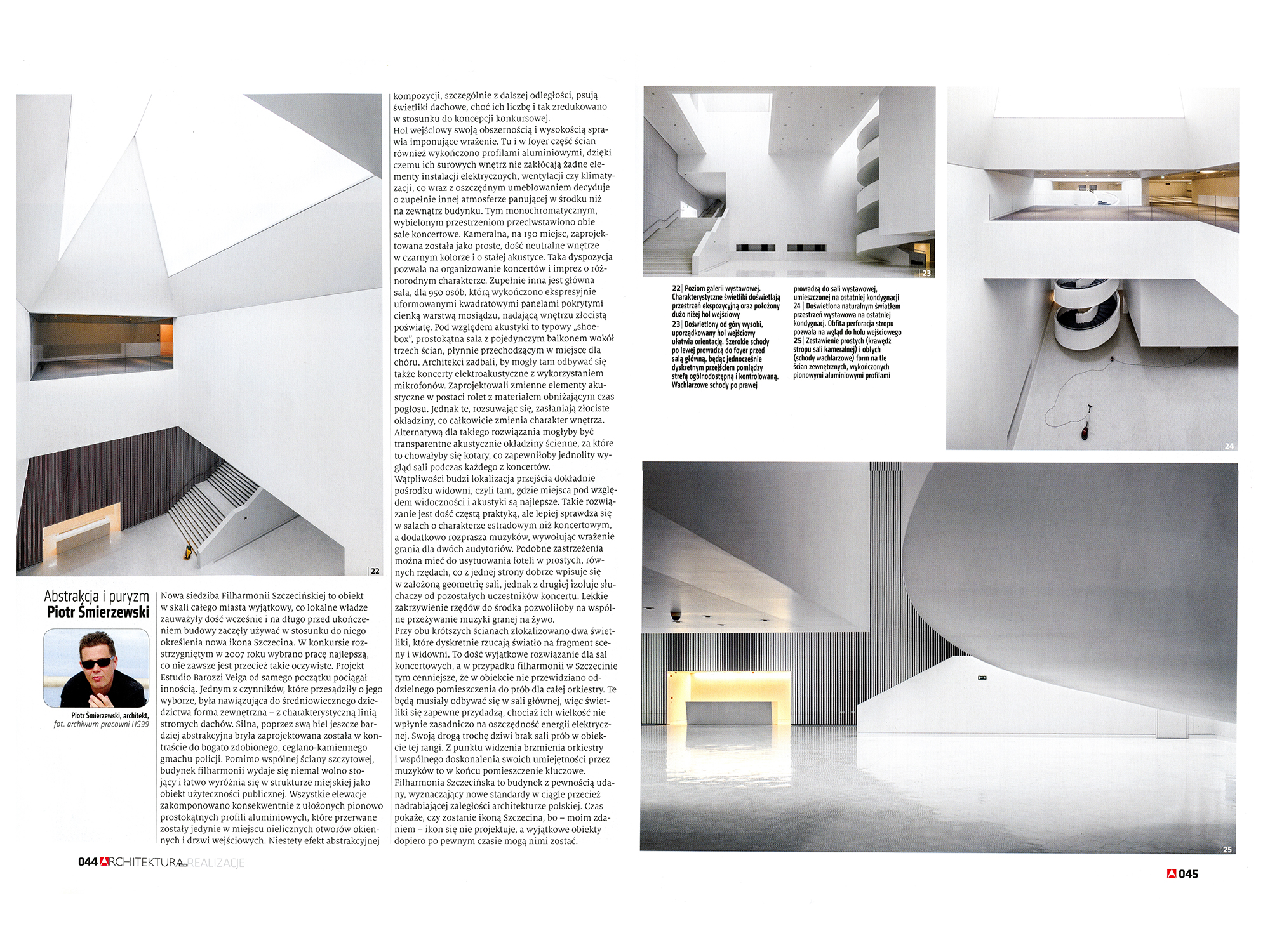 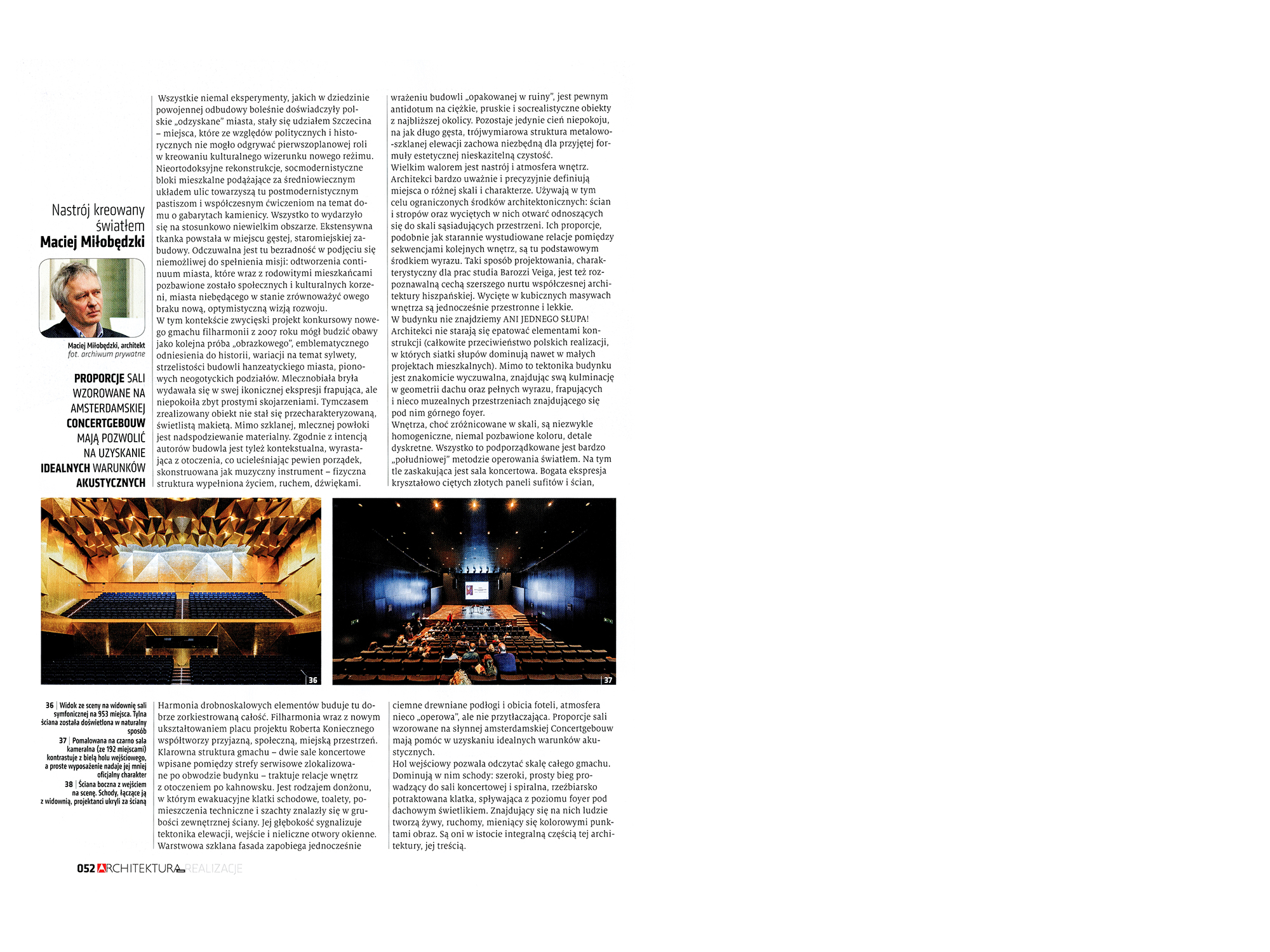