Koszalin is a medium-sized city in Pomerania. A new seat for its orchestra is modest but well harmonized with its location, in a park at the edge of the city center. The concert hall consists a three-storied hall/foyer, support areas, and the concert hall proper seating 514. The main body of the building has glass walls with wooden protuberances signaling the location of the concert hall itself. There is no entrance zone; one goes directly into the main hall. The auditorium, finished in teak wood, makes an imposing impression; a pity, though, that it was designed expressly for classical music. In cities the size of Koszalin such venues usually serve for various kinds of events, concerts and performances, but the hall is not furnished with any elements which would adapt its acoustics for different requirements. 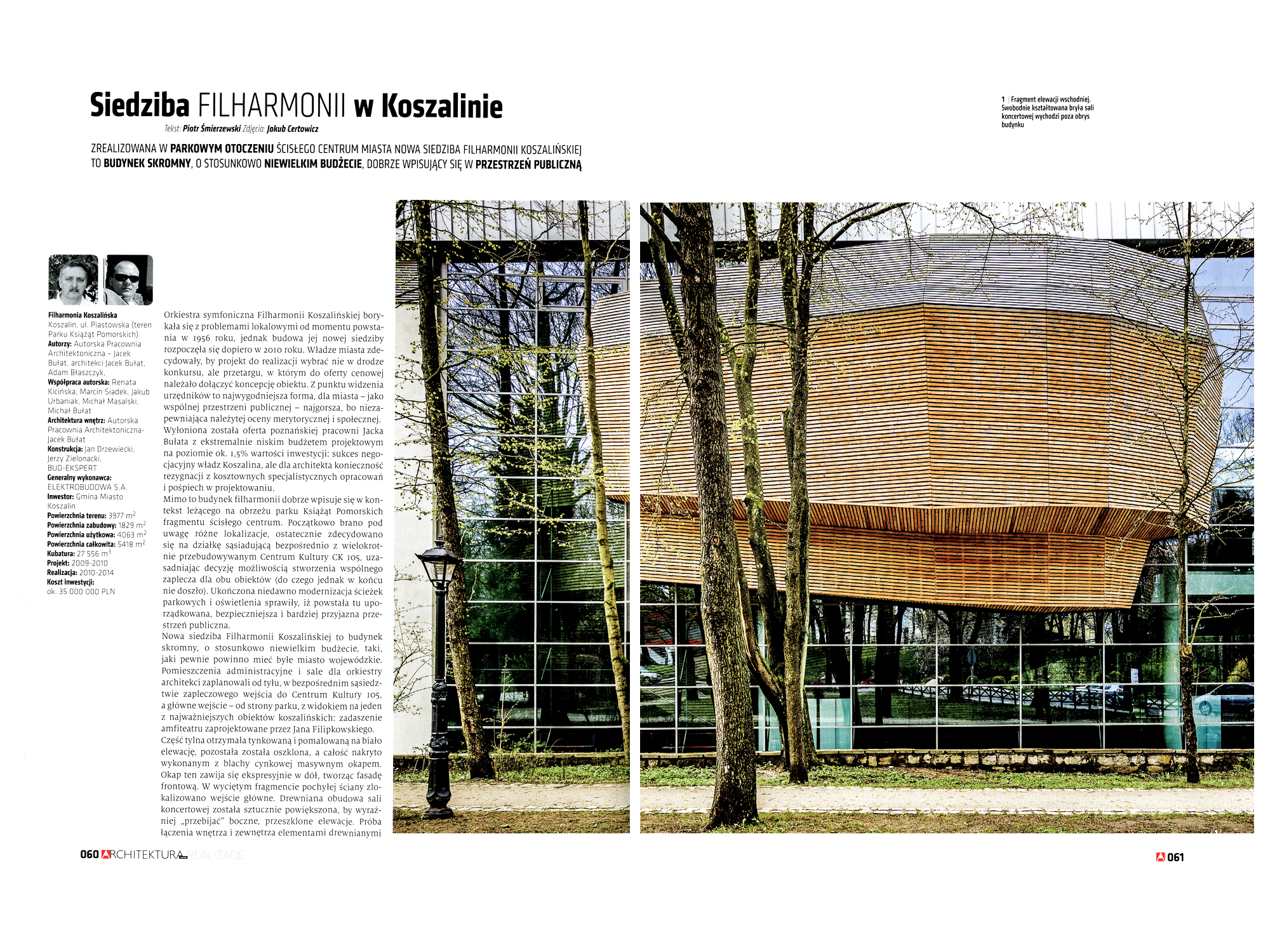 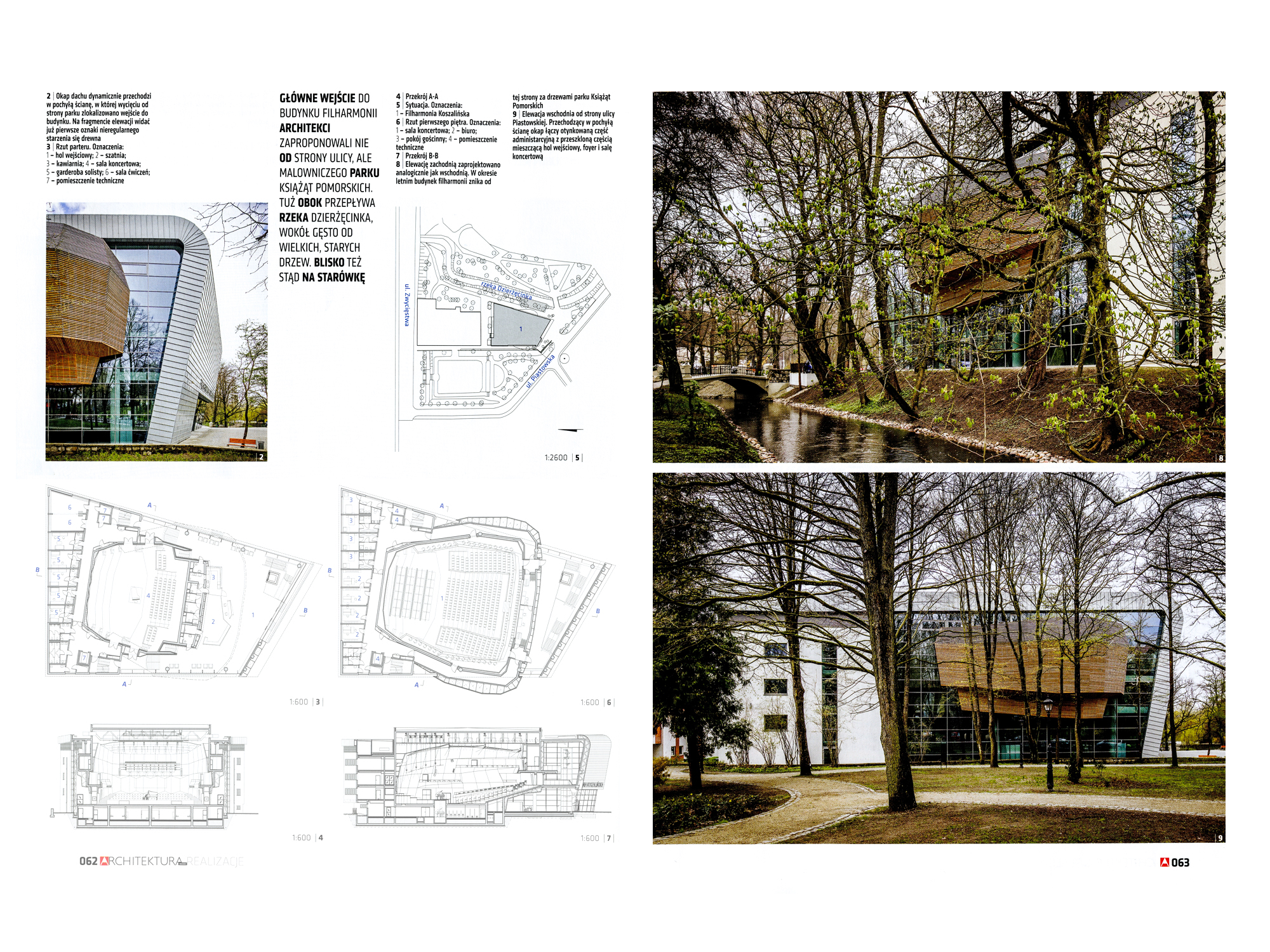 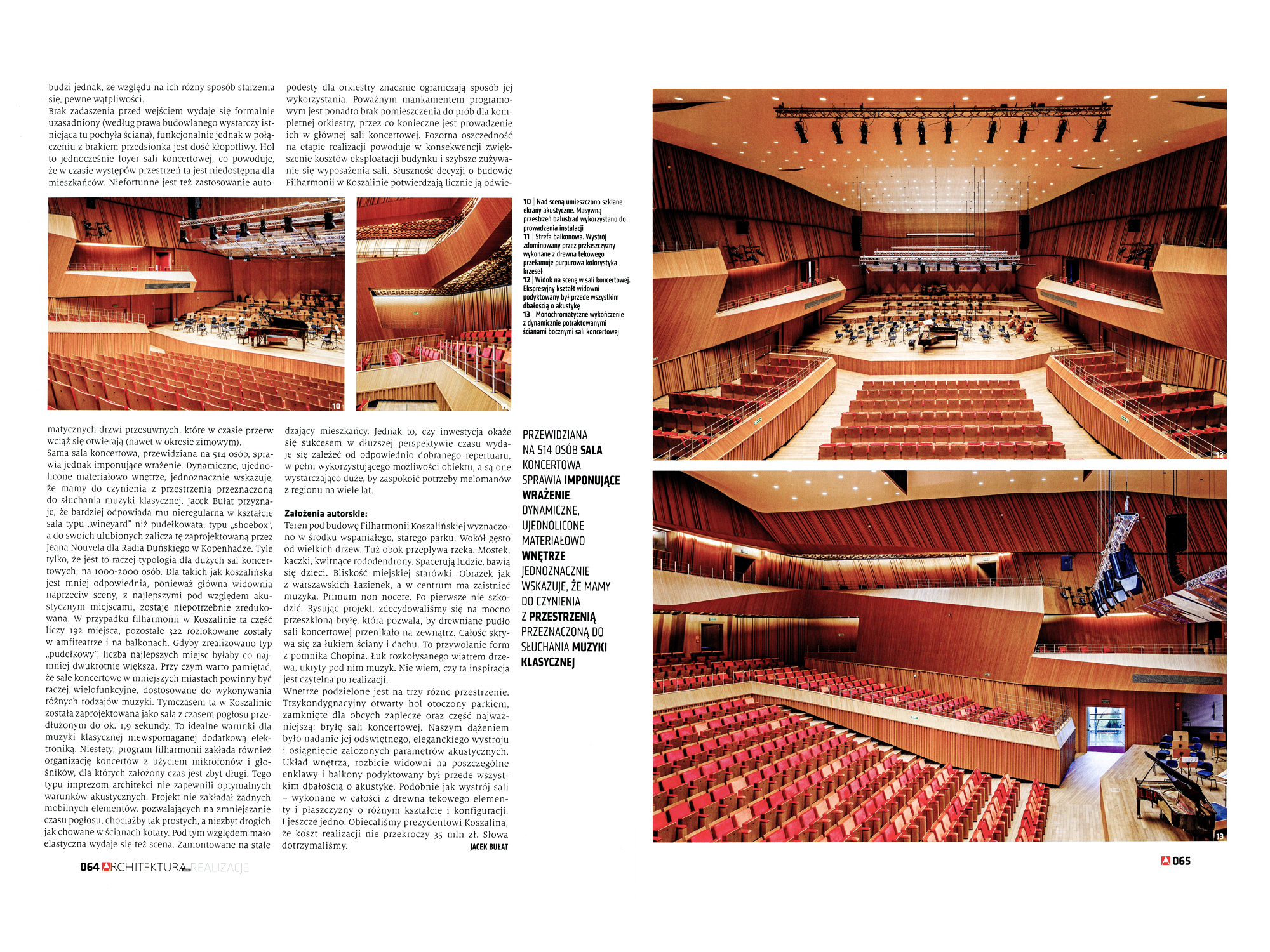