The square of the Old Market was divided into two areas. The outer area located directly at the fronts of the tenements is the road traffic and pedestrian traffic area. The second area constitutes an internal square accessible to pedestrians only. The two areas were made different as regards the type of the flooring. Additionally, two main directions of pedestrian communication were accented in the internal area of the square, which divide the Old Market into three triangles with various functions. The triangle sides were delineated with changes in the flooring layout and light belts. 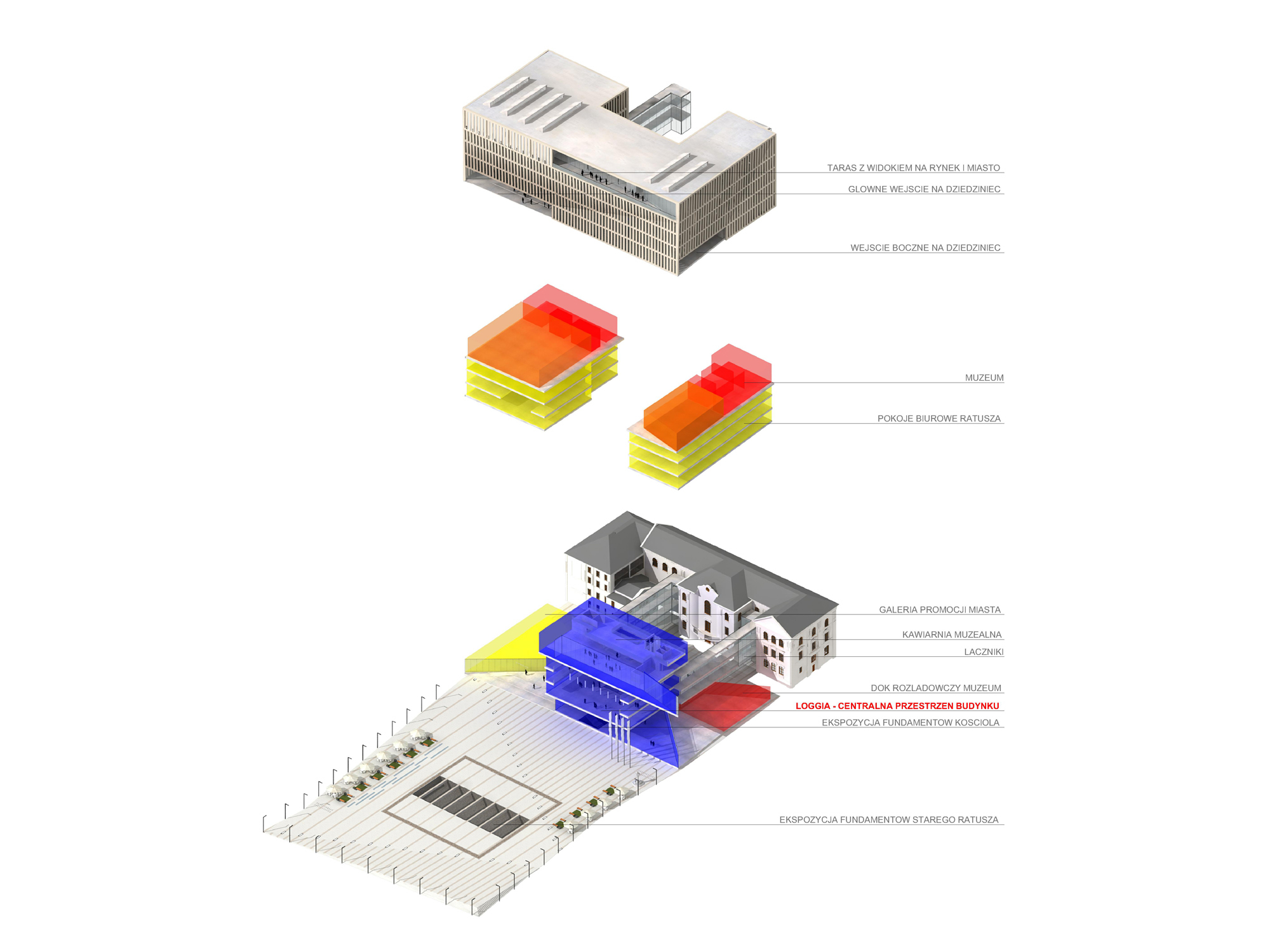 The five-floor Town Hall including the Museum is higher than the surrounding buildings, in compliance with the centuries-old tradition of forming the urban space. The Town Hall and the Museum were designed in one building; however, they constitute separate facilities which may function fully independently from each other.

The Town Hall was extended by creating, between the new and old parts, a courtyard with the proportion of a whole quarter. Owing to two joints, the new part of the Town Hall constitutes an intermediate form between a detached facility and an element of a compact quarter settlement.

The courtyard is accessible through two arcades ? vestibules formed by drawing aside three fundamental elements of the basement of the new Town Hall. Additionally, owing to the raising of the courtyard floor in relation to the Old Town Market, the rank of this public space grew.

A large entrance hall constitutes the main element of the ground floor. It is accessible from both vestibule arcades. There, via lifts and wide stairs, the applicants of the Municipality Office and visitors to the Museum commence their visit to the facility.

A three-floor Forum is located directly over the entrance hall. This is an internal square, which owing to its elevation on the piano nobile overlooks through the facade perforation the Old Town and the courtyard. This prestigious space constitutes the foyer of the meeting halls.

The Museum was located on the last floor of this newly designed building. It can be accessed from the internal Forum: an extension of the Old Market, which adds a third dimension to this most important public space in the city. Owing to such a location of the Museum, it becomes a culminating point of the Old Town and one of its tourist attractions. 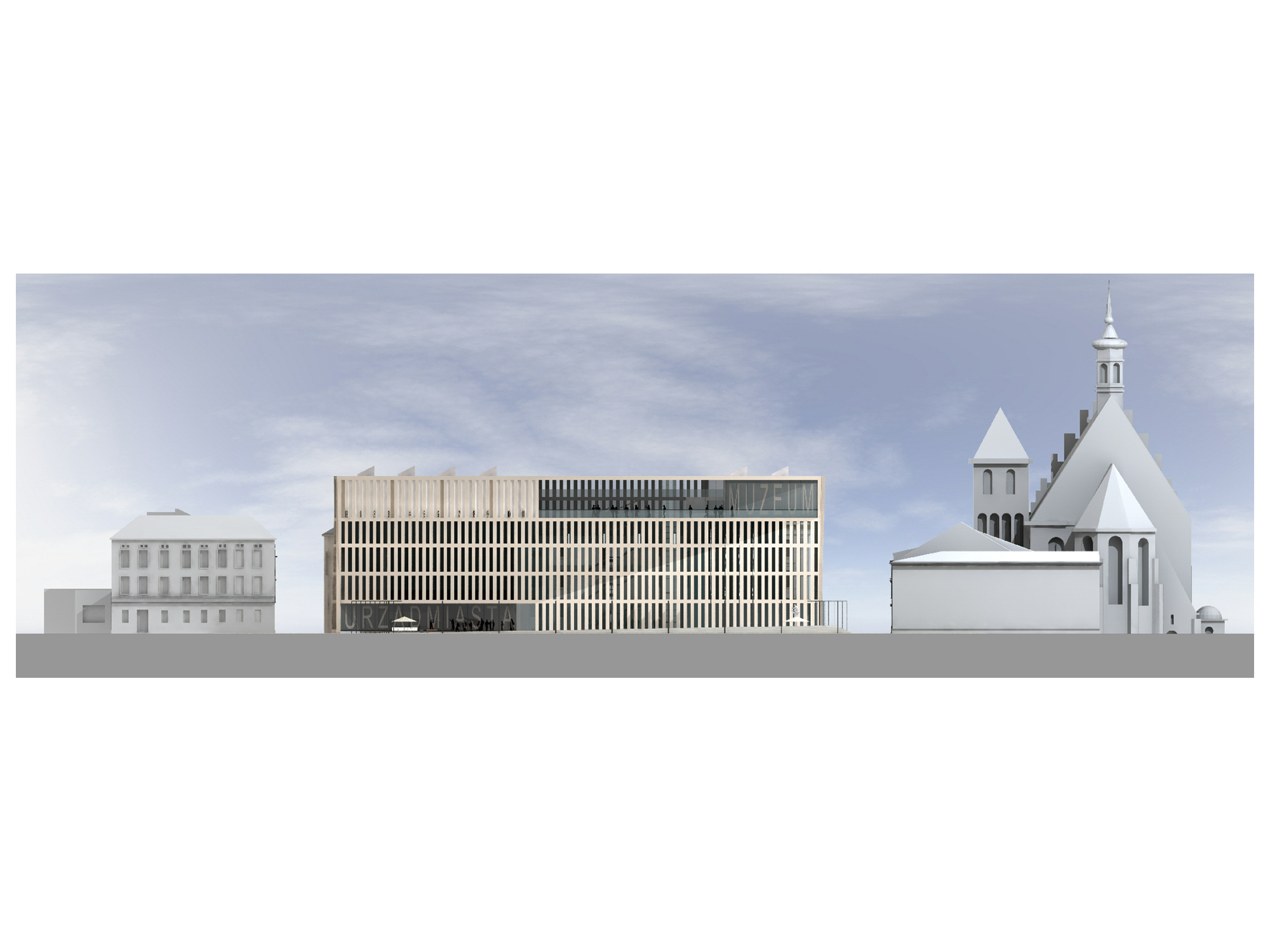 The composition of the square based on triangles is continued in the way in which the facades are formed. In the facades, vertical divisions are accented, which are emphasized through alternating stripes each 50cm wide. The basic elements for the facades are stone slabs from sandstone with a cleaved structure of the stone face, as well as glass stripes in aluminum profiles.

The two-floor facades of the passages which surround the fine courtyard from three sides are made from glass and are without any profiles. The renovated historic facade of the former Jesuit College constitutes the chief element of the newly created courtyard. The remaining facades are neutral in relation to this facade and constitute a kind of a frame for this monument.