In opposition to the fragmented overground structure of the buildings of the mine, the block of the museum is a homogenous form merging all its functional parts. A standarized height and a standardized level of the foundation constitute the counterpoint for the diversity of the levels and the heights of the individual historic facilities. 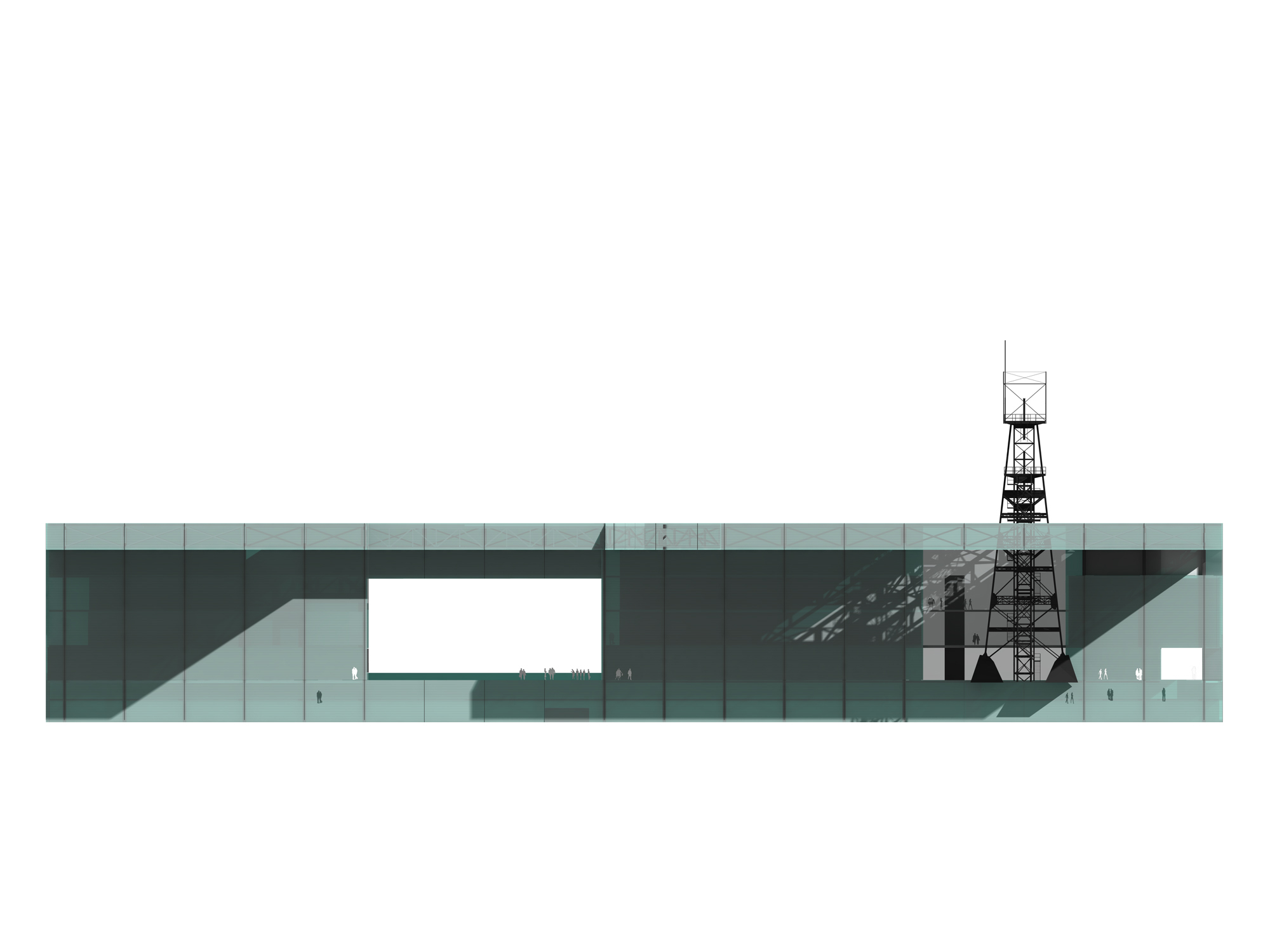 An outside space contained between the floor in front of the museum and the cantilever roof is the most characteristic element which identifies and organizes the urban planning structure of this place. This space is the Museum Forum, which is at the same time a fragment of the traffic route and an outside museum exhibition for all the devices and historic and industrial facilities which were dismantled from the remaining buildings in the District. Therefore, this new building will include the pieces of all the remaining buildings of the mine. The following renovated historic facilities: Warszawa mineshaft, an engine room building and a clothes warehouse are included in this space. The “corridors” between the space of former mine and the urban space were used to locate the entrance to the individual parts of the MainBuilding. They constitute a communications space and an outside exposition area. They ensure a contact between the town and the area of the former mine (the District of Museums). 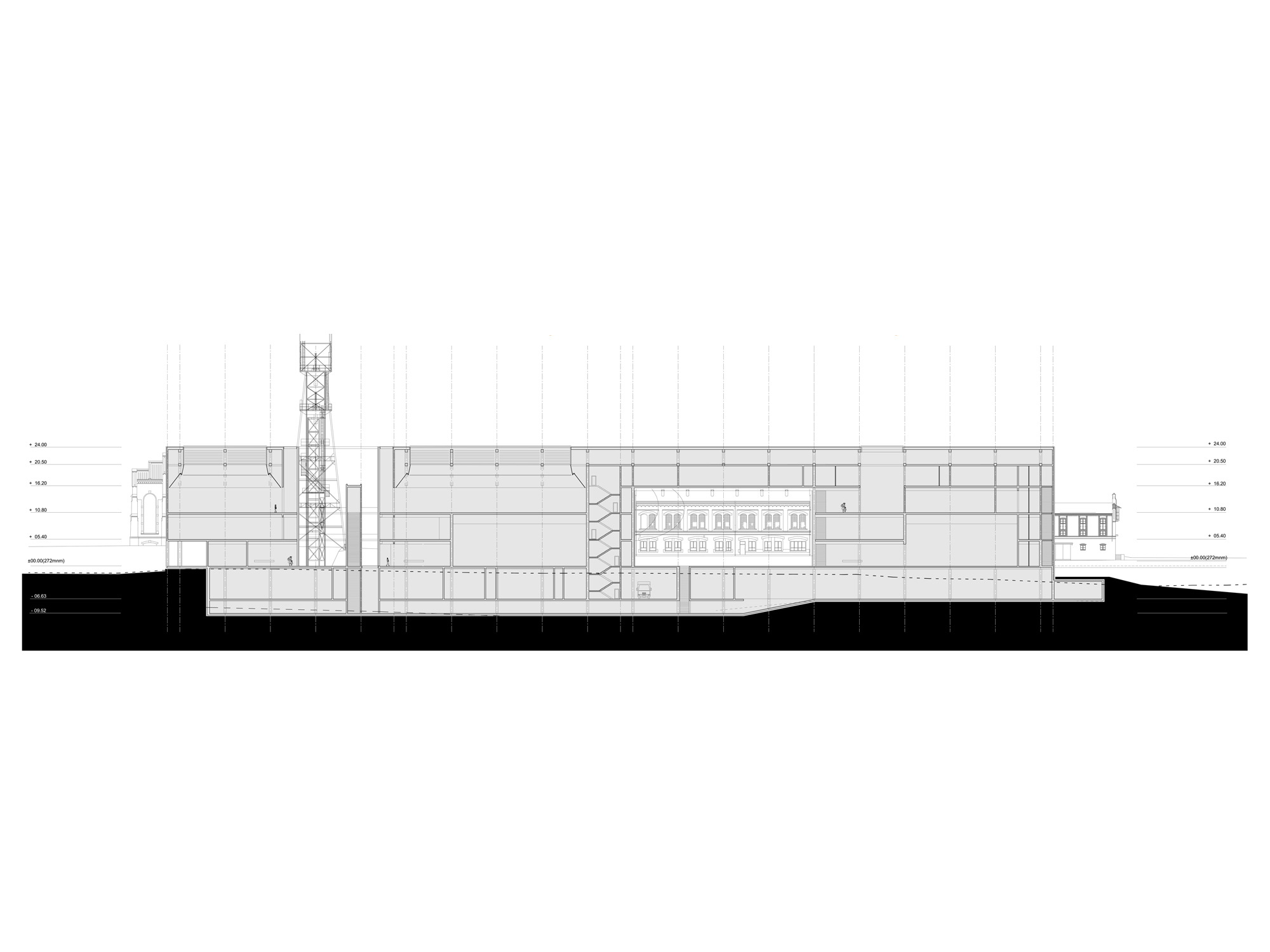 The programme of the museum was arranged in three functional modules. Two of them include exhibition rooms and third one includes a complex of rooms connected with conference and administrative functions. These modules were merged with a technical storey, which was concealed in the thickness of the roof and two underground storeys to be used for the shipment of showpieces, for car parks as well as storage and technical facilities rooms.

The facades of the museum were designed from glass channel sections, which constitute the wall facing on certain fragments. In the joints between the modules, they make up a transparent glass facade. This material contrasts with the brick of the historic facilities and emphasizes their authenticity. The smoothness of the facades, concealing of the structure in the Main Edifice building serves to highlight the industrial beauty of Warszawa and Bartosz  mineshafts as well as of the showpieces collected in the Forum and in the “corridors”. 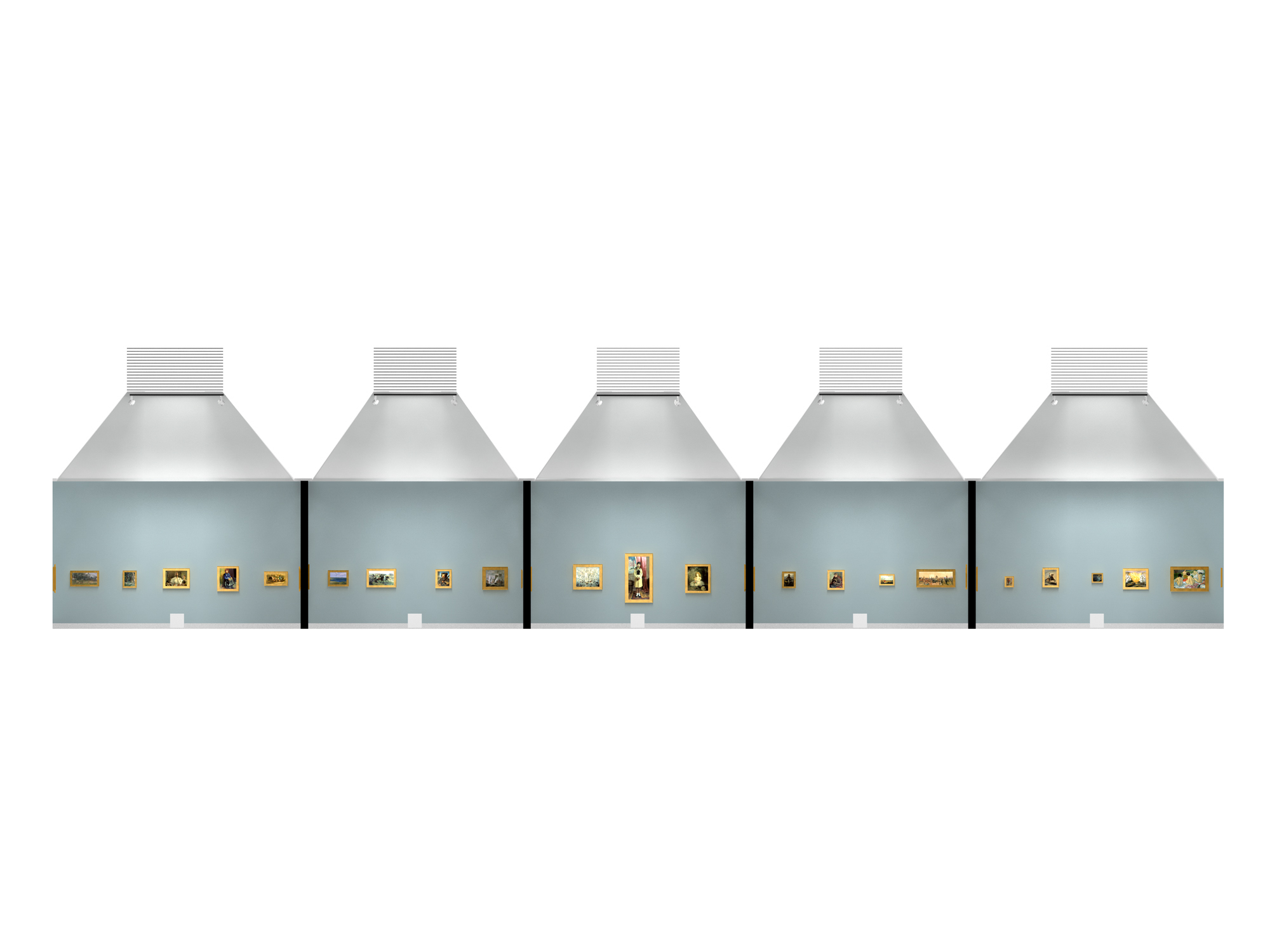 It is only the temporary exhibition room, as one which is visited the most frequently, which was located on the ground floor (it was preceded by an extensive foyer). Only those rooms which are to be used to exhibit painting works were located under the roof to provide the exhibition with a day light. The remaining rooms were located on the first floor. All the rooms were centred on the two sides of the main hall, which was designed as a complex of galleries surrounding the entrance patio. Its characteristic and dominating element is “Warszawa” mineshaft, which serves as an identification of the museum and previously the mine. The rooms painting works illuminated from above with daylight.