The introverted nature of house was the result of the tastes and the way of the investor’s life. All the rooms were grouped around the unroofed patio opened onto the southern part of the plot with, which is closed by a deciduous forest. It is only the guest room and kitchen with the view to driveway which do not follow this rule.   Such an internal organization is reflected from the outside by the massive brick walls with the rare (controlled) window openings and the light wooden facades half filled with glass from the side of the patio. 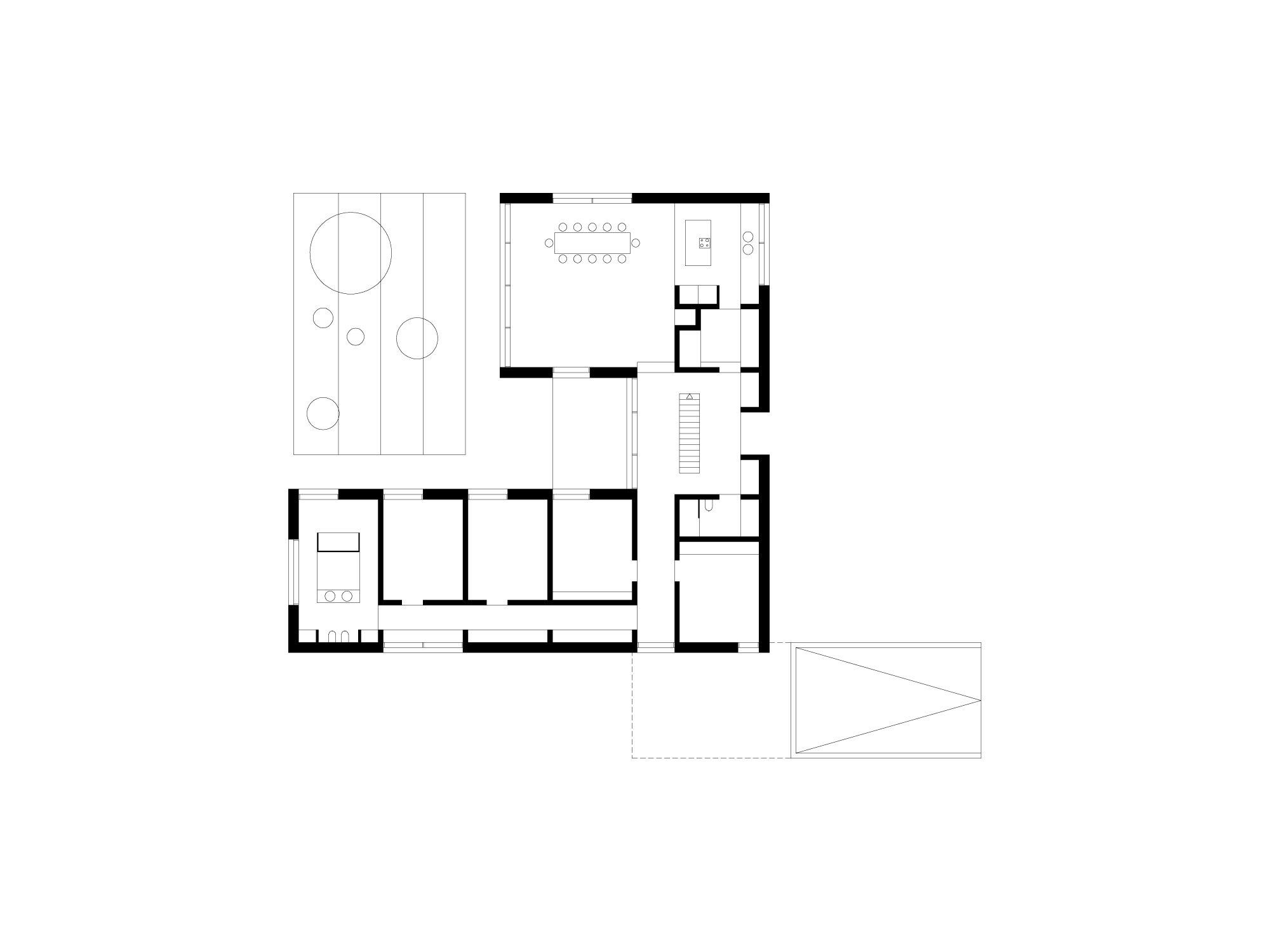 The functional programme was divided into four sections: a sleeping section, an entrance area with a guest room, a living room with a kitchen, and an outside terrace to complement the regular arrangement of the whole layout. Each of these sections was located on different levels (a difference of 50 cm) for which the slope of the land in the southern direction of the plot was used. 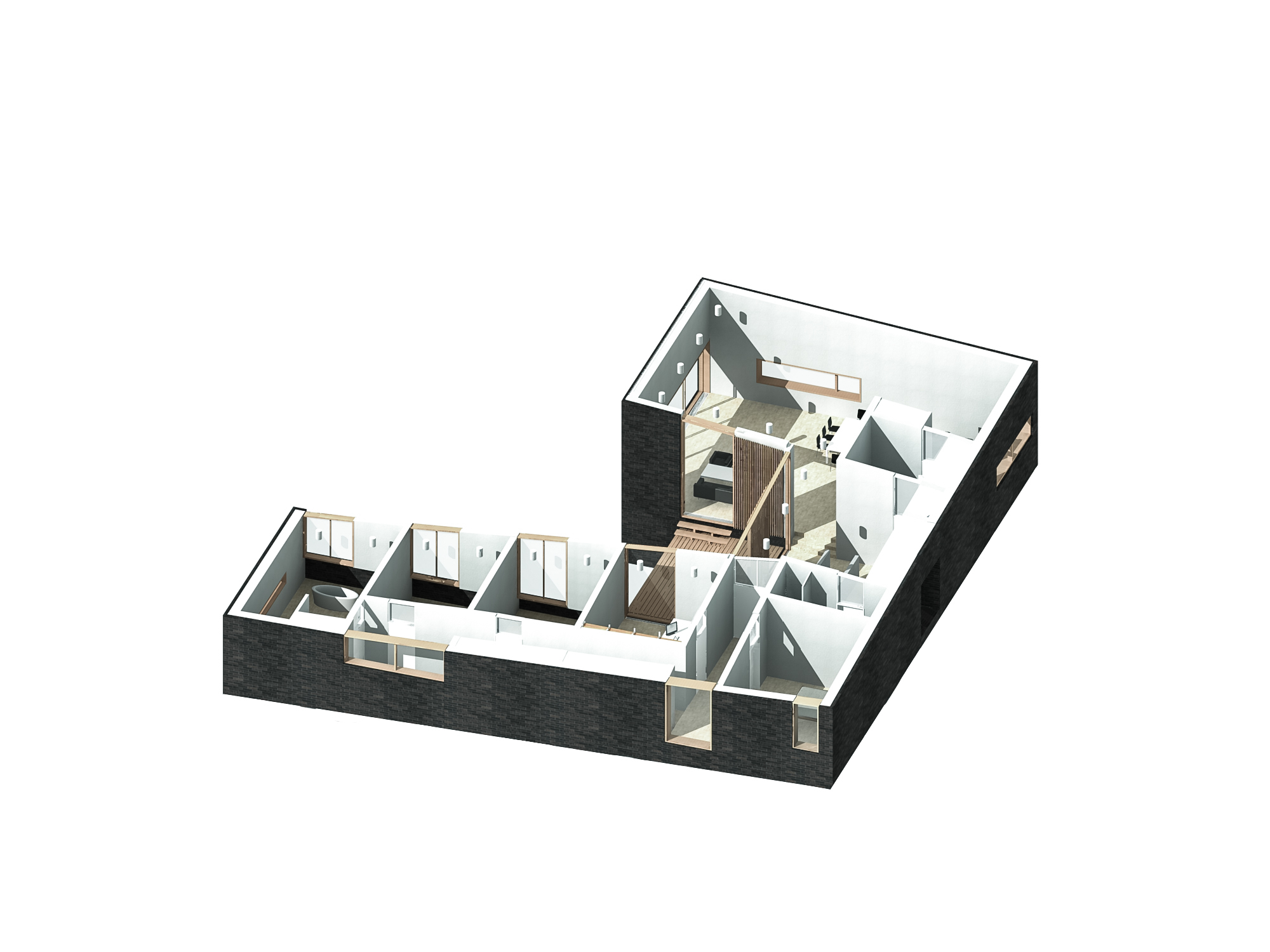 The whole building was covered with a multi-slope roof, whose geometry results from the spatial arrangement of the interior and also indirecly from the existing layout of the land. At the same time, the surface material of the roof is identical with the material of the wall. The central part of the arrangement is a patio with a centrally located newly planted deciduous tree.