The building of the Centre was designed as the last frontage element of Tamka Street before the Ostrogski Palace. Its dimensions were adapted to the dimensions of the existing tenement houses located in this street.

Two equivalent entrances to the building were designed. The first one is from Ordynacka Street and the second one from Tamka Street. The reception area was located at the upper entrance in the direct neighbourhood of the stairway leading to the institutions situated in the centre. This duality of the access to the facility is the result of the land formation and the communications layout.

From the side of Ordynacka Street, the building line was preserved running around the contour of the house which no longer exists here. The four-storey jutty constitutes not only a roof above the entrance to the building and above the café garden; it also makes the facility levelled with the neighbouring tenement house; the building hides its blank gable wall and calms down the tectonics of the frontage. 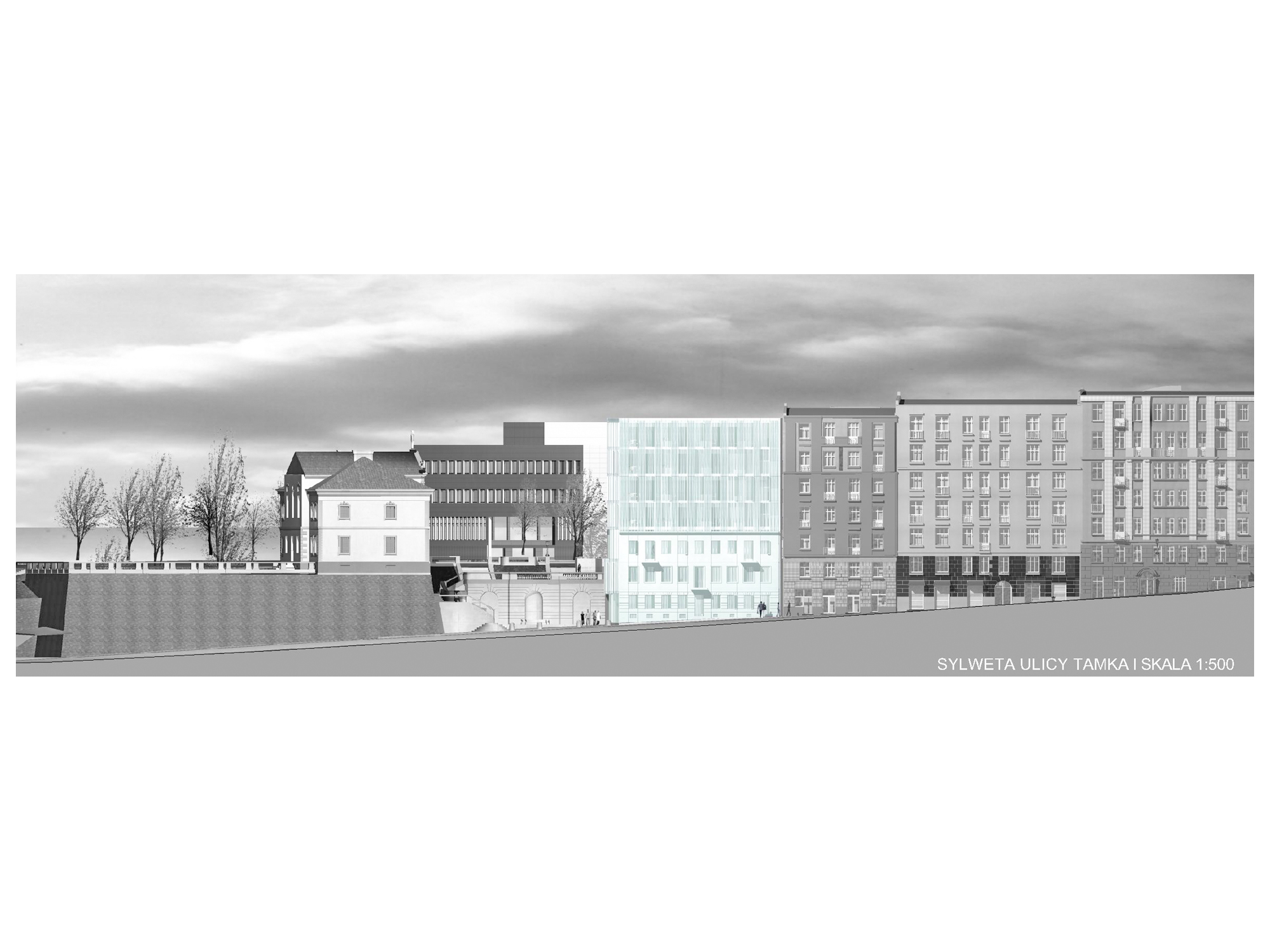 A decision was made to reconstruct the facade of Alojzy Anasiński?s tenement house (which no longer exists these days) from the side of Tamka Street in order to fulfill the minimum of the conservator?s recommendations. The composition of this historical elevation contributed to the design of the elevation of the whole Chopinowski Centre. The widths of the full and window (3/4) modules were transferred onto the remaining completely glazed-in elevations of the additional part.

The northern facade of Anasiński?s tenement house was cast in concrete with all its historical details, in the form of prefabricated elements modulated according to the order of the tenement house (3/4). The joints between the prefabs continue in the divisions of the glass facade of the whole building. The colours of the concrete are adapted to the colours of the glass. The windowpanes with a three-layered structure, which are point-fixed from the inside, are partly etched. The different transparency levels were used in the composition of the facades and also as sun protection. The selected window elements open by moving them; the purpose of this is to create the composition of the elevation which is subject to continuous changes. 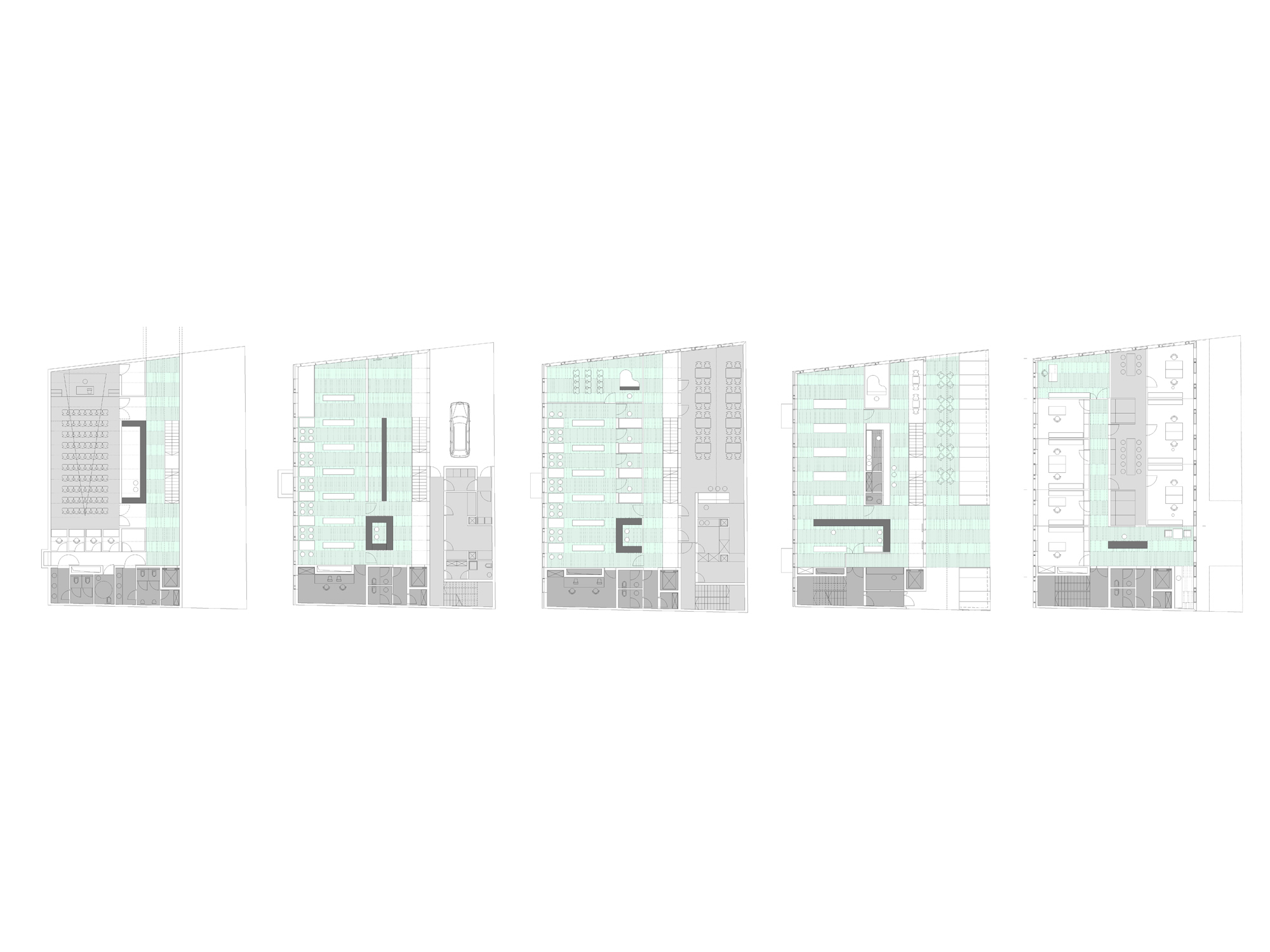 The offices of the institutions are located on the upper floors and are made accessible in a controlled manner. The public functions such as a library, a bookshop, an exhibition hall and catering facilities are located on the storeys which are situated between the levels of Tamka and Ordynacka streets; they are filled from both of these levels. This generally accessible public space is fastened with one-flight stairs designed differently as compared with the stairwell which leads to the offices. The more the public storeys are availiable the more the office floors are separated.