Rather than reporting on the latest doings of the all-too-familiar big names that crop up in all the architecture journals, A10 casts its net more widely to take in the many other interesting things that are happening in the old continent, devoting equal attention to the architectural production in Western, Central and Eastern Europe. With clear and informative reporting, A10 presents new buildings and projects by tomorrow’s stars, forgotten masters and as yet unknown talents. A10 was established by architecture critic Hans Ibelings and graphic designer Arjan Groot. The magazine has a network of over 70 correspondents throughout Europe, from Ireland to Turkey and from Portugal to Russia. Thanks to this pan-European network, A10 is often the first to take notice of a new project, building, or up-and-coming architect. 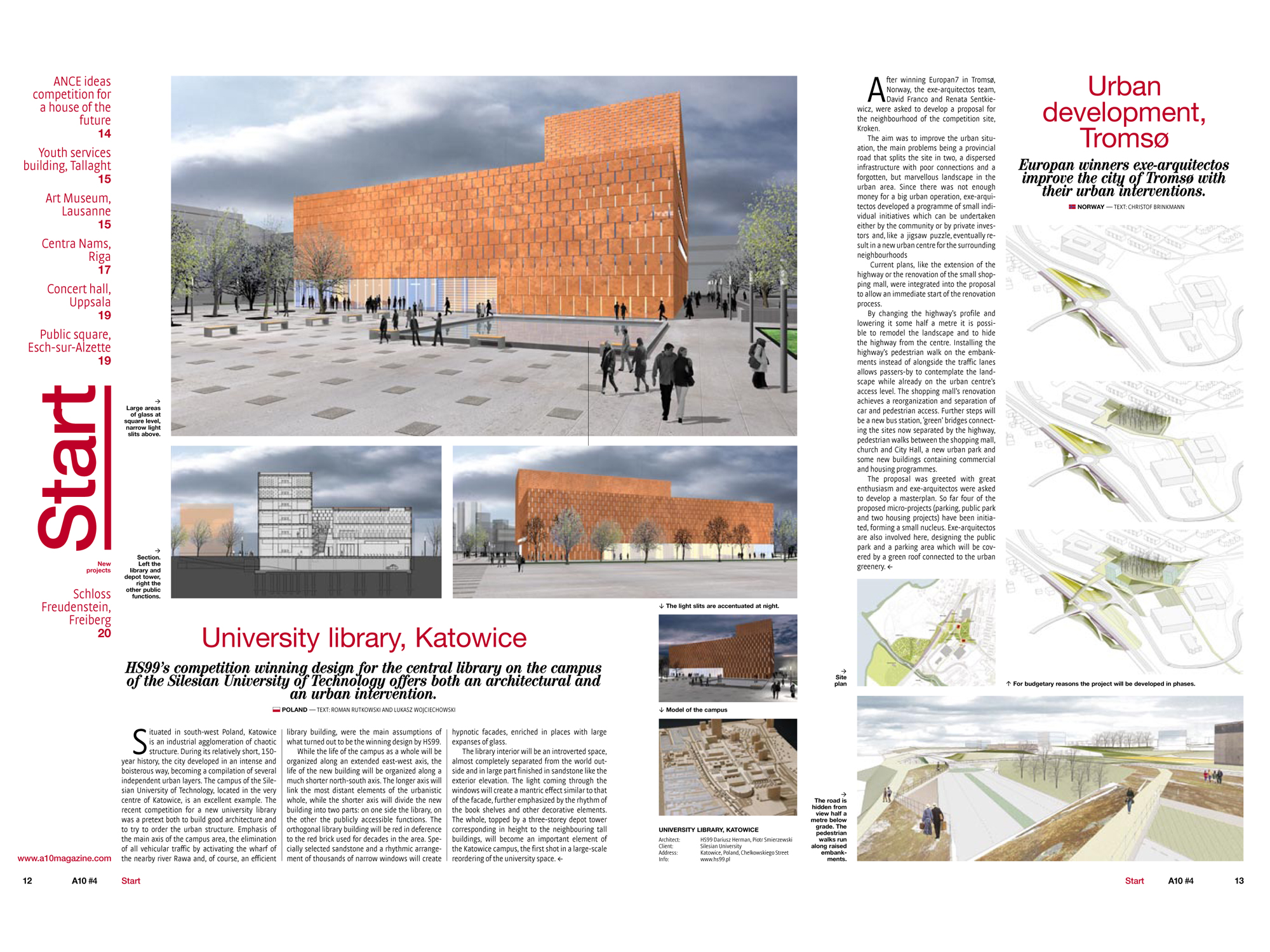