The building was designed as an integral part of the landscape, where the protected trees were not cut down. Only the protective cylinders for the trees, which are located directly by the facade, cut the compact block. The compact block of the building has a favourable impact on the organization of the public space.

The Town Hall Square was designed between two pedestrian precincts in front of the Municipal Council Office building. It is not an ordinary square. A pond constitutes its part, while its surface is a platform from wooden beams arranged with intervals. In the platforms, large circles for trees were cut out. The non-typical floor of the square is to be associated with the nature of locality; it is a distant from the municipal typology. The solutions proposed give the surrounding area of the Town Hall the nature of a peculiar buckle which fastens the single elements of the health-resort together as a whole. They supplement these with a new functional and scenic dominant feature.

The building was divided into three areas which were consistently introduced on all the storeys. The office rooms were situated in two strips located along the longer sides of the building. The middle area was reserved for the main functions of the building such as an entrance hall with a waiting room on the ground floor, an exhibition hall on the first and second floors in the middle part of the building. There is a buffet on the ground floor from the side of the street of Wilanowska, a room of wedding ceremonies on the first floor and a room of the town council on the second floor.

This centrally placed block with auxiliary rooms allows the concentration of systems in the same place and allows their optimal distribution vertically and horizontally. The strips of the office rooms can be modified and adapted to the changes of the organizational structure of the office building.   The facades of the new town hall constitute an attempt of a modern interpretation of the characteristic elements of the local architecture which makes use of wood as material for the facades. 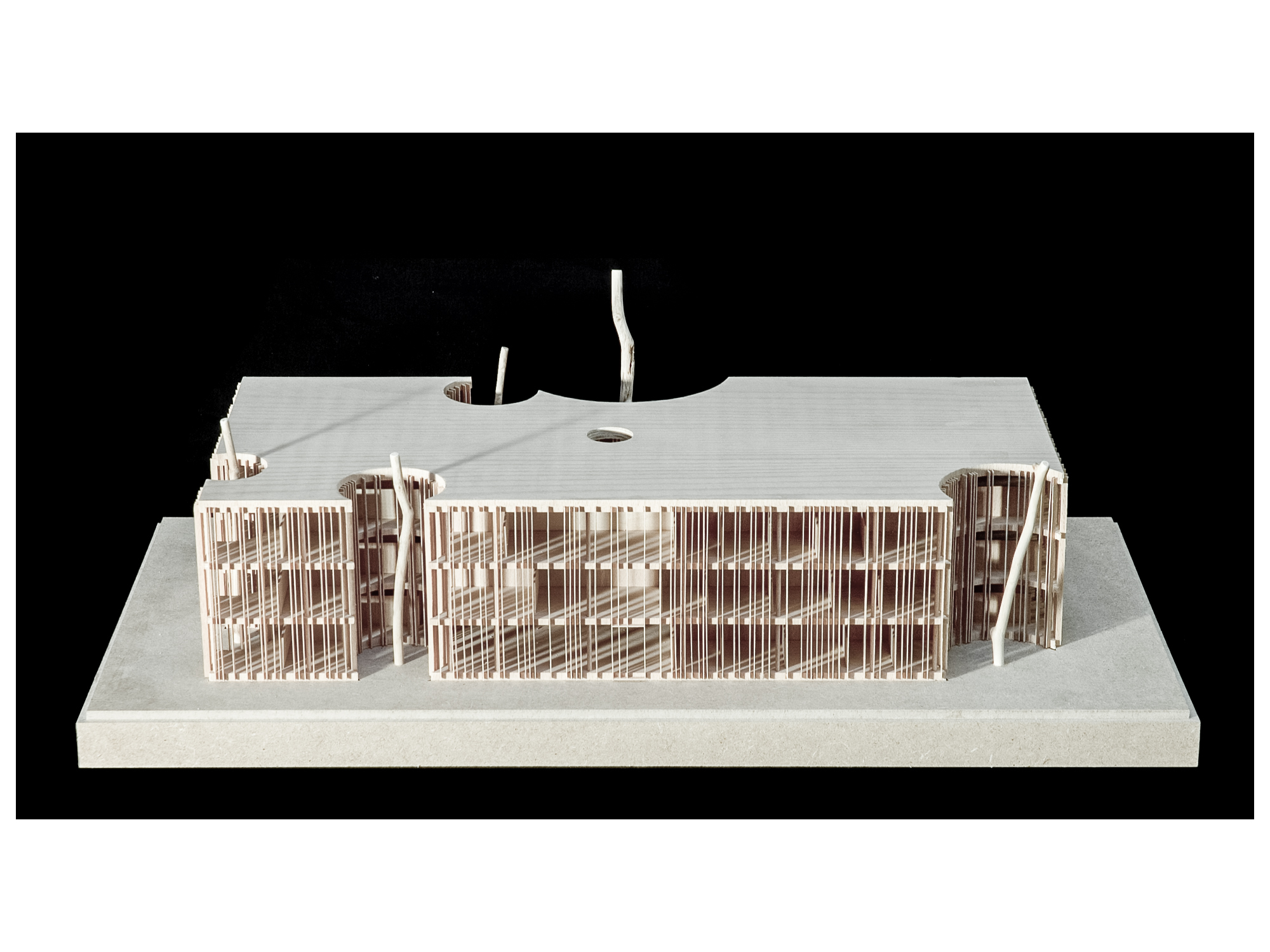 The vertical elements, which are arranged in an irregular fashion, and which are filled up with glass with different degrees of transparency, have a conversation with the trees growing nearby. This conversation is also continued in the centre of the building through the irregularly arranged elements of the structure of the building and its fixtures and fittings. The windows were integrated with permanent glazings. The load-bearing structure of the facade was shifted outside, while the glazing was carried inside. This inverted glazing makes use of the thickness of the facade structure for the partial sun protection of the glazing and the rooms located directly behind the facade.