Chełmska Hill is located within the borders of the town of Koszalin, and is one of the highest peaks in Middle Pomerania. During the Middle Ages, it was an important and well-known European pilgrimage site affiliated with the cult of the Blessed Mary. Since then it has been granted a recreational character. The only remaining element of this time period is the dominant 31.5m brick viewing tower built in 1888. The years of communism brought devastation and degradation to the Chełmska Hill. The decision to restore the Saint Mary’s Sanctuary finally put an end to this cycle of neglect. At present, apart from the viewing tower on the hill’s summit, there is a chapel to the Mother of God and a convent. 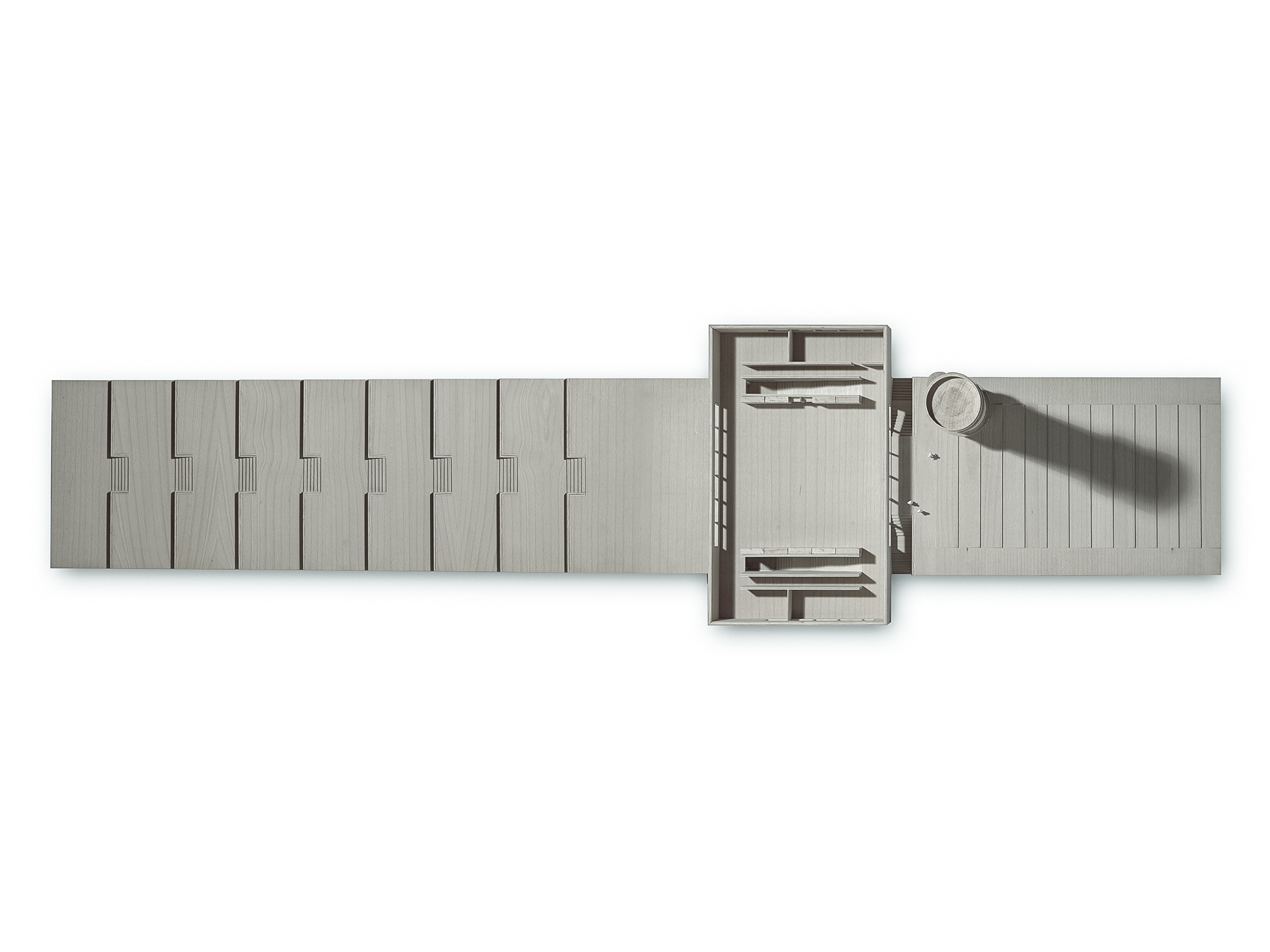 The first stage of the redevelopment of Chełmska Hill (the second stage is an extension of the convent) consists of cleaning the hill from the remnants of the former, substandard buildings and erecting a cultural and educational centre, which will serve both the pilgrims and the residents of Koszalin. 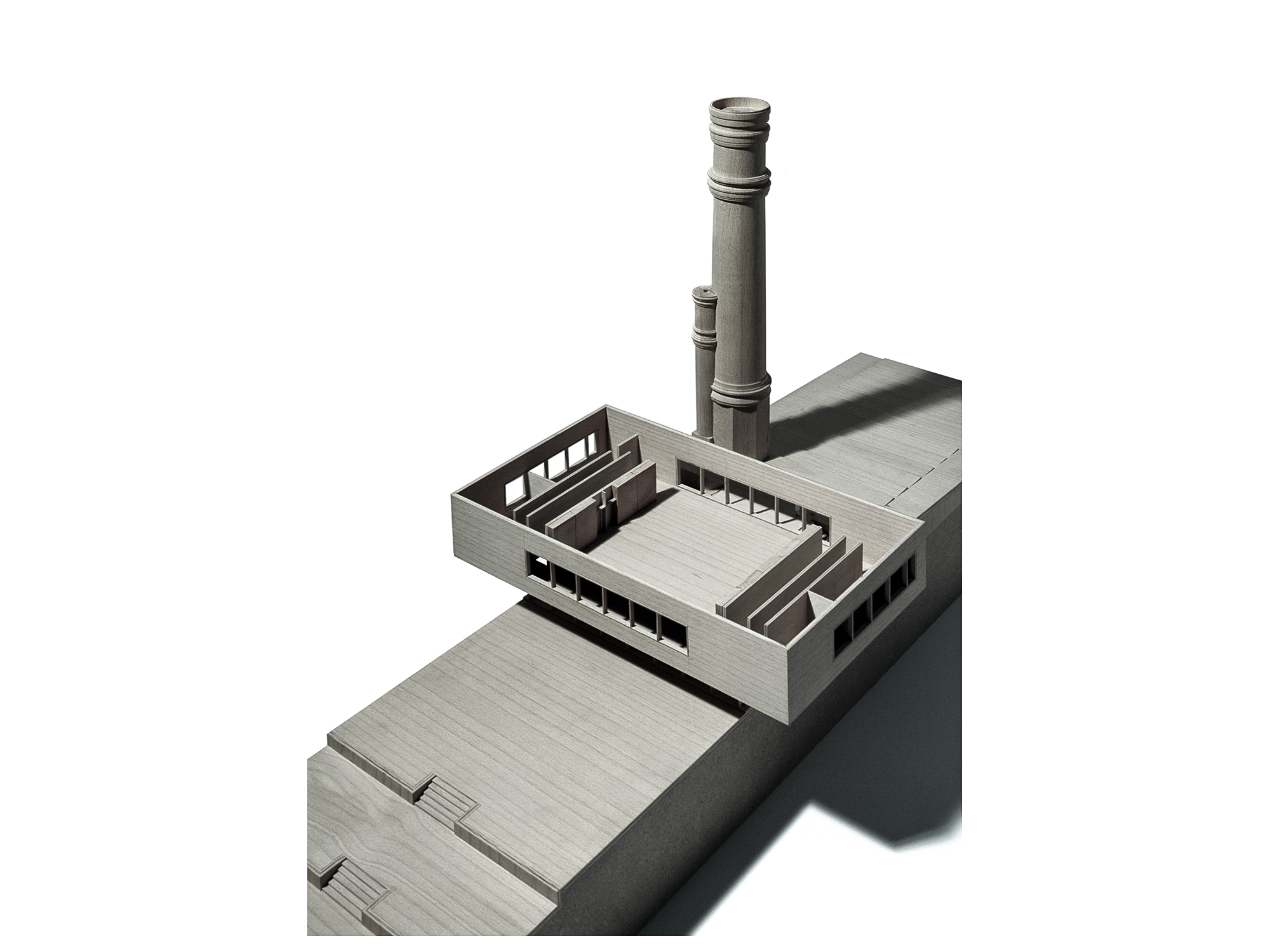 The viewing tower will remain the dominating element of the new complex. The design restores the splendour and importance to the amphitheatre park concept. Its axis is constituted by the framework of the whole composition, which is made up, apart from the tower, from a multifunctional building and an inclined platform. The tower, owing to its rank, is the only one to go beyond this axial order.   The inclined platform is not only a wide ramp, which joins the level of the square with the level of the tower entrance situated 1.7 m higher, but also a terrace and a well sunlit square, from which there is a view of the simplest yet the most important element: the chapel, the target of the pilgrimages. 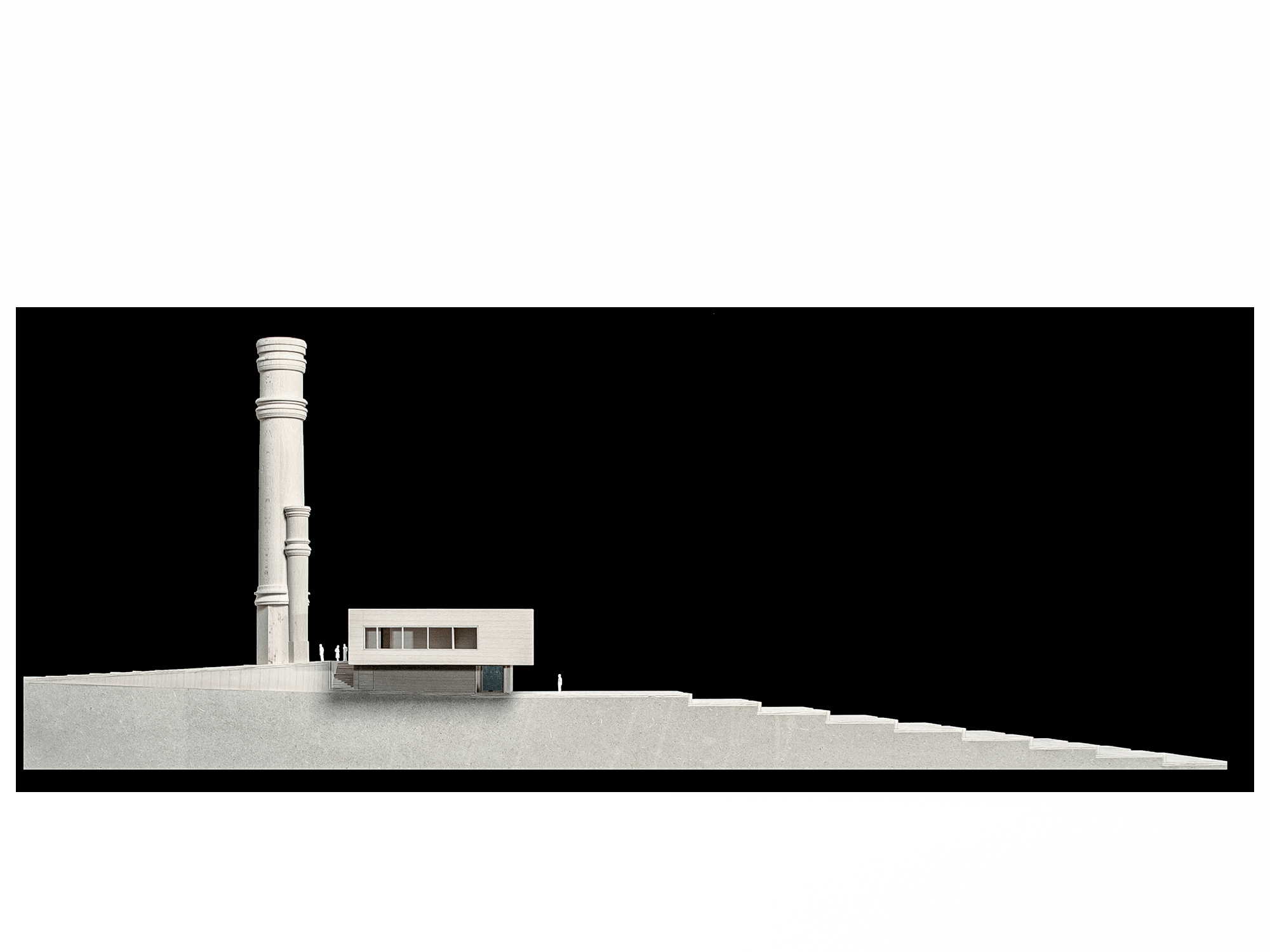 The platform, slightly ascending, is finished with a building and an entrance to its higher, conference level. The lower level, accessible from the amphitheater’s crown, is entirely occupied by a coffee shop and accompanying rooms. This double accessibility is reflected by the composition of the building, whose one of the main elements is a complex of two halls located on two levels, on two sides of the building, joined with a pair of stairs. An equally important element of the building’s composition is its almost ideal symmetry, which is the consequence of the composition of the land development. Parts of the building resting on supports include smaller meeting rooms. All the elements of the complex have been designed with varied use of brick veneer.