Favourite One in Architektura

It is not the buildings of our town that have set a mark in our imagination. Its low architectural rank was additionally deteriorated by the surroundings degraded with the war devastation and the socialist urban thought. Our town is a ring with an ugly stone, yet a beautiful frame in the form of forests, lakes, the sea and … dunes.

Sand dunes are the place where three elements meet: the earth, the sea and the air. This is a battlefield, where one of the forces has a momentary victory. The wind attacks one or the other rival. Trees are motionless witnesses. Regardless of the result of the war, they are always losers.

Sand dunes constitute a specific space, something of the opposite of an oasis surrounded not by a dessert but by the human civilization. The awareness of the vicinity of the urbanized world intensifies the feeling of a contrast. A moment of marching takes us into another and surprising area. The feelings we have are multiple, from admiration to fear.

Sand dunes are a slow place. One may think that time adapts itself to the toil of marching in the sand. Time loses its cycle and is not measured by the sun but by storms. It is hard to tell the seasons from one another.

Our senses, used to strong stimuli, only after a time begin to tell the difference between subtleties from which the images, sounds and scents of dunes are composed. The textures on the sand, written by the wind, rain and animals are astonishing with their uniqueness and richness. These are the papillary ridges of the elements. Here we can see how many colours the light has.

The primeval nature of this place, the mystery of time and light, the frames of trees, and sand moving under one’s feet, all of this fills one with anxiety, but also with admiration of nature. It is here, like in very few places, that one feels transcendence. Sand dunes are of a whimsical nature. Multiplicity of countenances, from a sunny idyll to turpist darkness, makes it impossible to describe dunes in any other way than subjectively and only at a given moment. 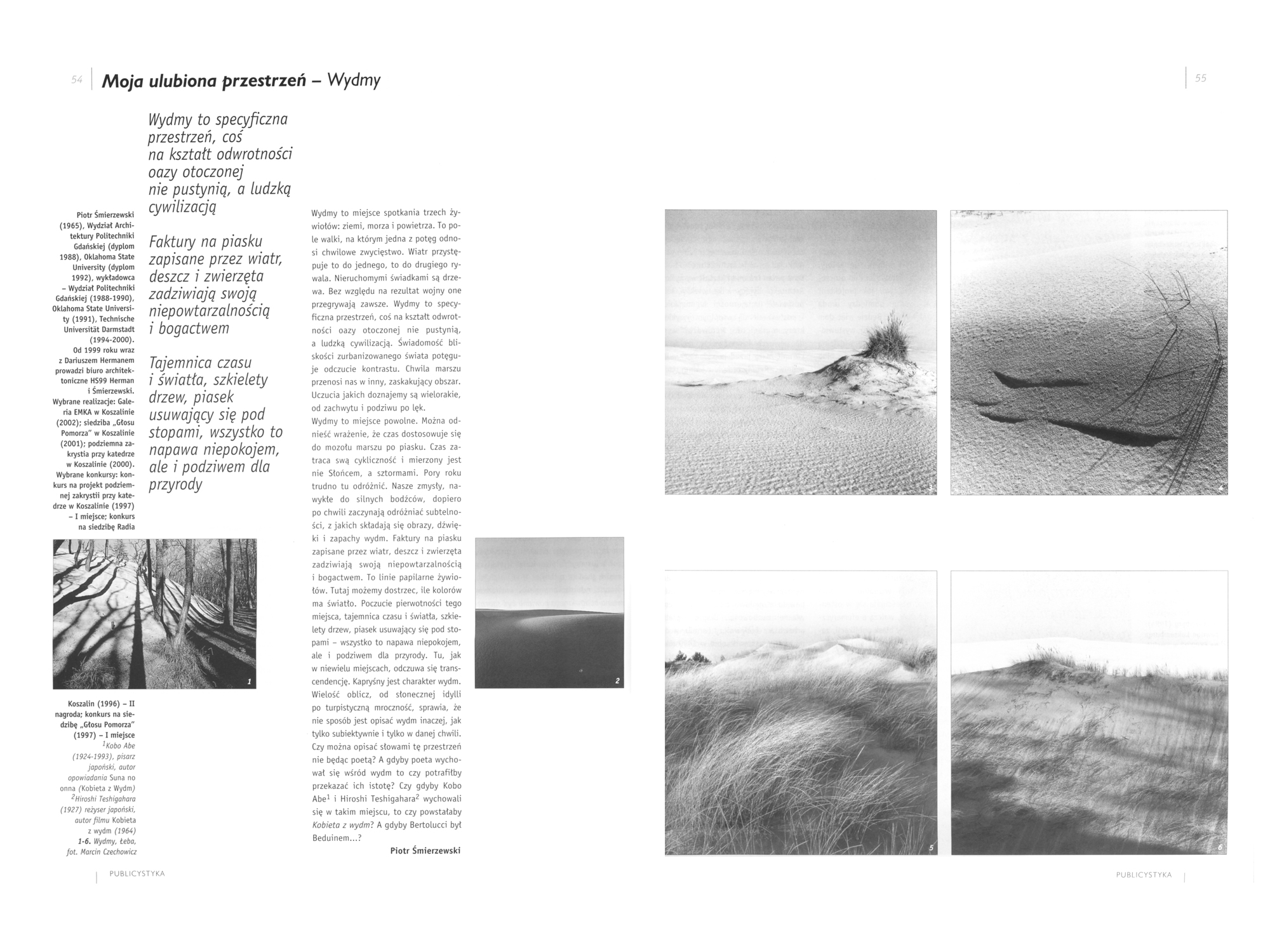