The plot on which this house was designed is exceptional: a steep slope encircled with wood from north and with an orchard from west, and with a beautiful view of a green exclusive residential estate and the town centre of Koszalin. The land to be developed is characterized by a horizon difference of ca. 6m, which runs along the north-south axis. It borders directly with a forest from north. The building was situated on the north-east corner of the plot parallel to the contour lines and the side of the forest.

The building was composed of two blocks being perpendicular to each other and differing as regards their formal and functional aspects. The first one, which merges with the scarp, is the entrance section including the block of auxiliary rooms. It constitutes a support (together with the walls-pillars) for the main block: an elongated cuboid with strictly habitable rooms. 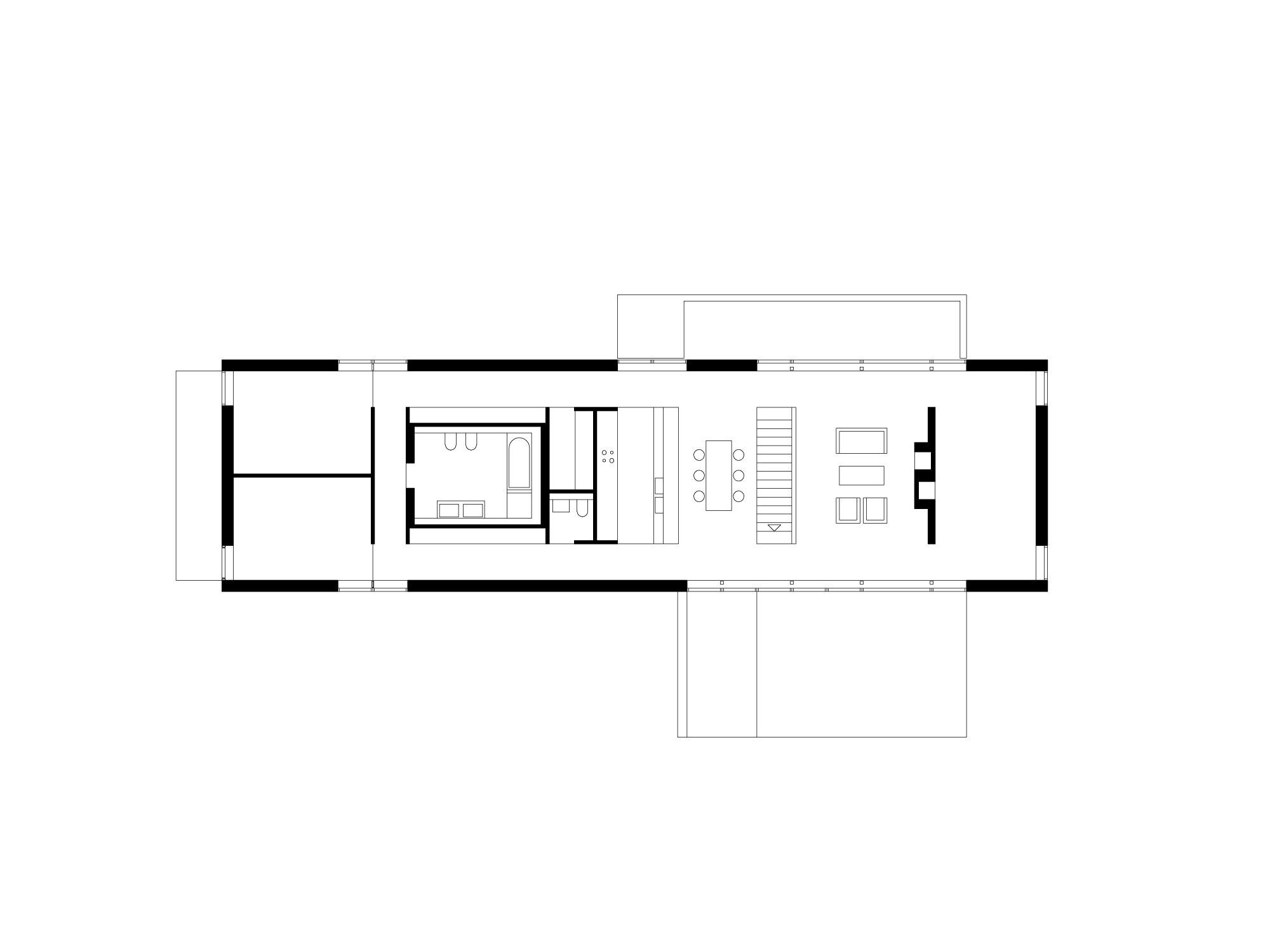 Each of these sections was organized differently. The lower one reacts to the axis perpendicular to the contour lines, which combines the access to the plot with the entrance to the building. This system is reversed by 90 degrees on the upper floor. One-flight stairs, which end with a view of the town panorama, join the two floors. Owing to this composition, levelling of the ground can be avoided; this also does not obstruct waters flowing down the slope. 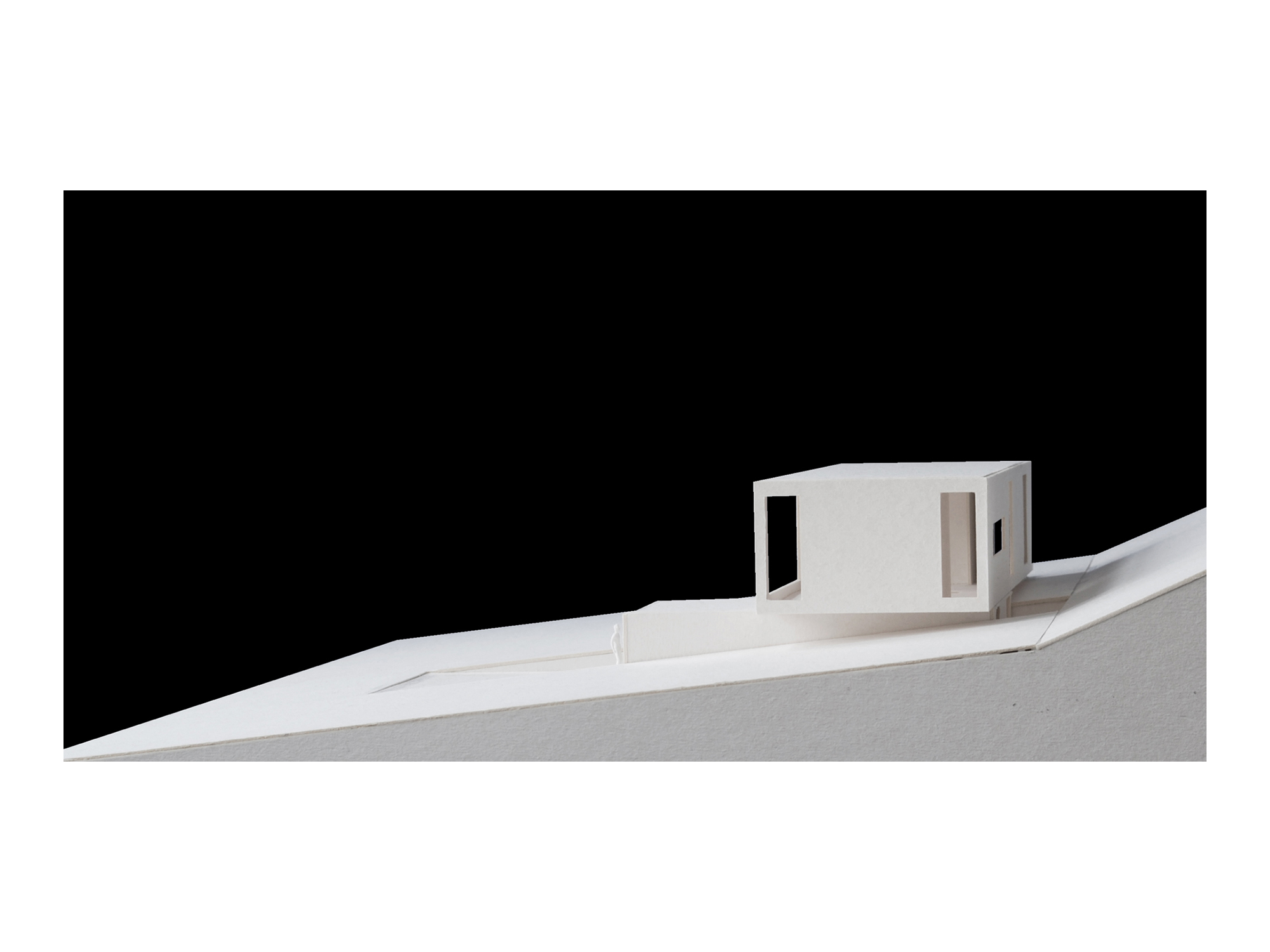 The habitable rooms were composed on the axis running perpendicular to the contour lines and the side of the forest. Owing to such a location, these habitable rooms have a maximum of contact with the panorama of the town of Koszalin and the side of the forest from the north. Thanks to the grouping of the auxiliary rooms (the bathroom, toilet, utility room and the kitchen) in one detached functional block, the remaining of the floor was freed for purely habitable purposes. This block was located in such a manner that it could separate the private sphere (two identical bedrooms) from the representative area of the house. 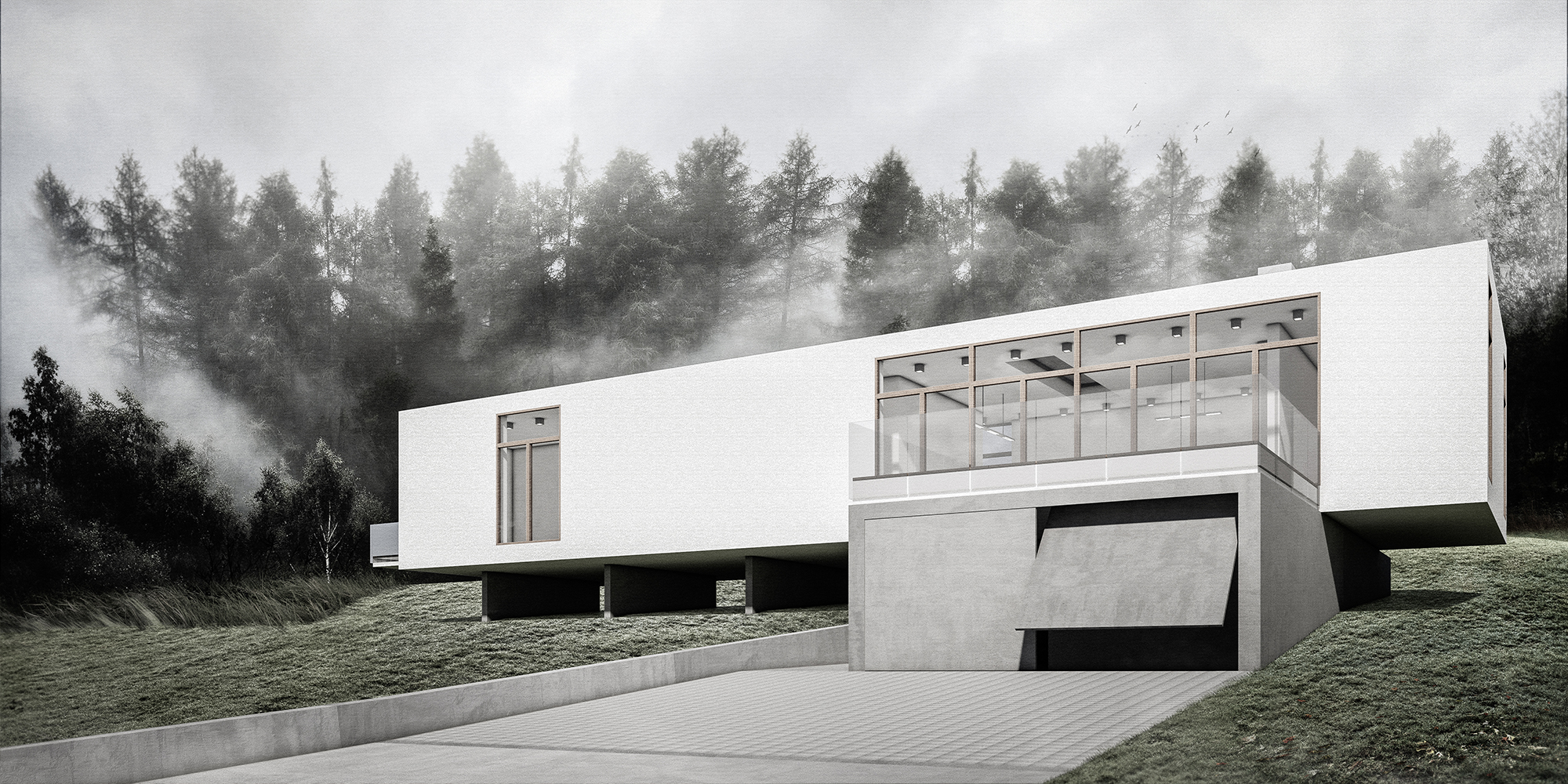 Owing to the elongated shape of the upper part of the building, a single-span structural wall-panel could be set there. It was an intentional choice not to articulate the window heads in order to make it possible to insert windows from the floor to the ceiling. The floors in the habitable part were made from industrial parquet in a light beech colour. The walls inside were plastered and painted white. The internal panelled doors with transoms were made in a light beech colour, while the door frames were assembled in the thickness of the doorway so that they could on the same level with the surface of the wall.