H2 published in the latest issue of Architektura & Biznes monthly.

The gap in the continuity of the historical tradition of our nation has in the recent years instigated a reaction of heightened interest in our “family roots”. The desperate search for ancestors among the gentry is now often reflected in the architecture of the single-family house. Thus the homes of today fail to reflect the spirit of the time, the wealth of available materials and technologies, not mention the financial potentils.

The housing estates built in the 1960s and 1970s on the peripheries of urban areas were architectural caricatures of the modernist architecture of the 1920s. Today, the society’s negation of modernist architecture is the result of the poor quality of that poor-quality mass production spawned half a century later. But now, the generally accepted model of a landed-gentry manor house has also fallen victim to poor architectural standards. The small lots in the cities are hardly a backdrop for mansiones and palaces. 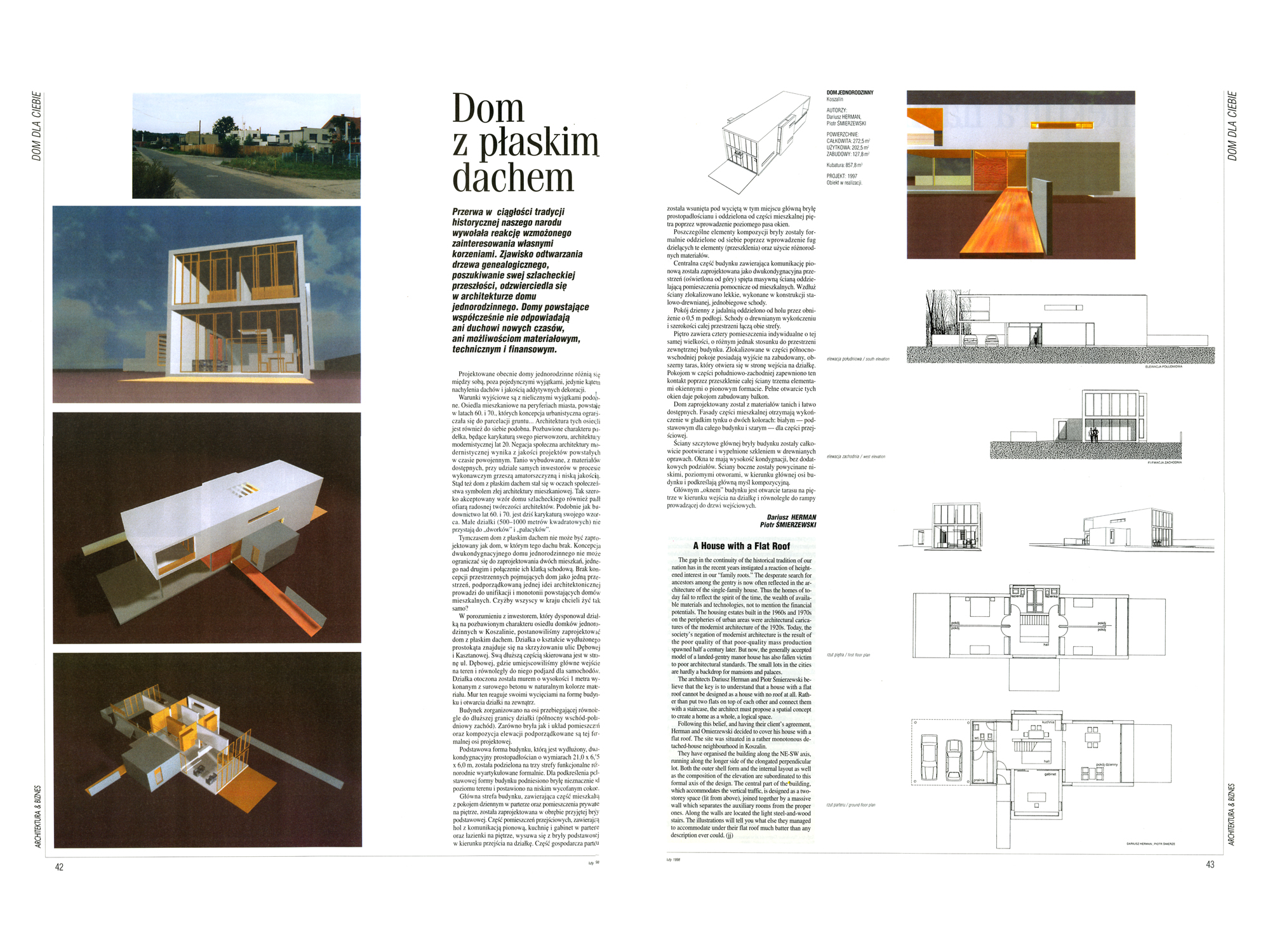