The urbanistic idea of the building is to tightly fill up the area of the plot between the streets of Lobzowska,  Aleja Trzech Wieszczy and Koscielna. A homogenous and characteristic block is composed on the plan of an ellipse sector. This decision is justified by the proximity of a square and the width of the avenue of Trzech Wieszczy, and also the intention to use the plot economically.

The concept of the broadcasting building is based on a spatial opposition between the production-broadcasting rooms and the office rooms. Inside the arrangement, there is a broadcasting and production block, which is surrounded by an oval element. Its first two floors are filled with those functions which form a transitory space being intermediate between the town and the interior of the broadcasting station. Each of the vertical layers of this element constitutes another wave, and at the same time another screen which isolates from the city noises the block which constitutes the essence of the radio. The space between these elements serves the purpose of communication and constitutes an information exchange area. It is here where the information flow is generated between all the entities of the broadcasting station, which is similar to the flow of electric impulses inside a receiver. 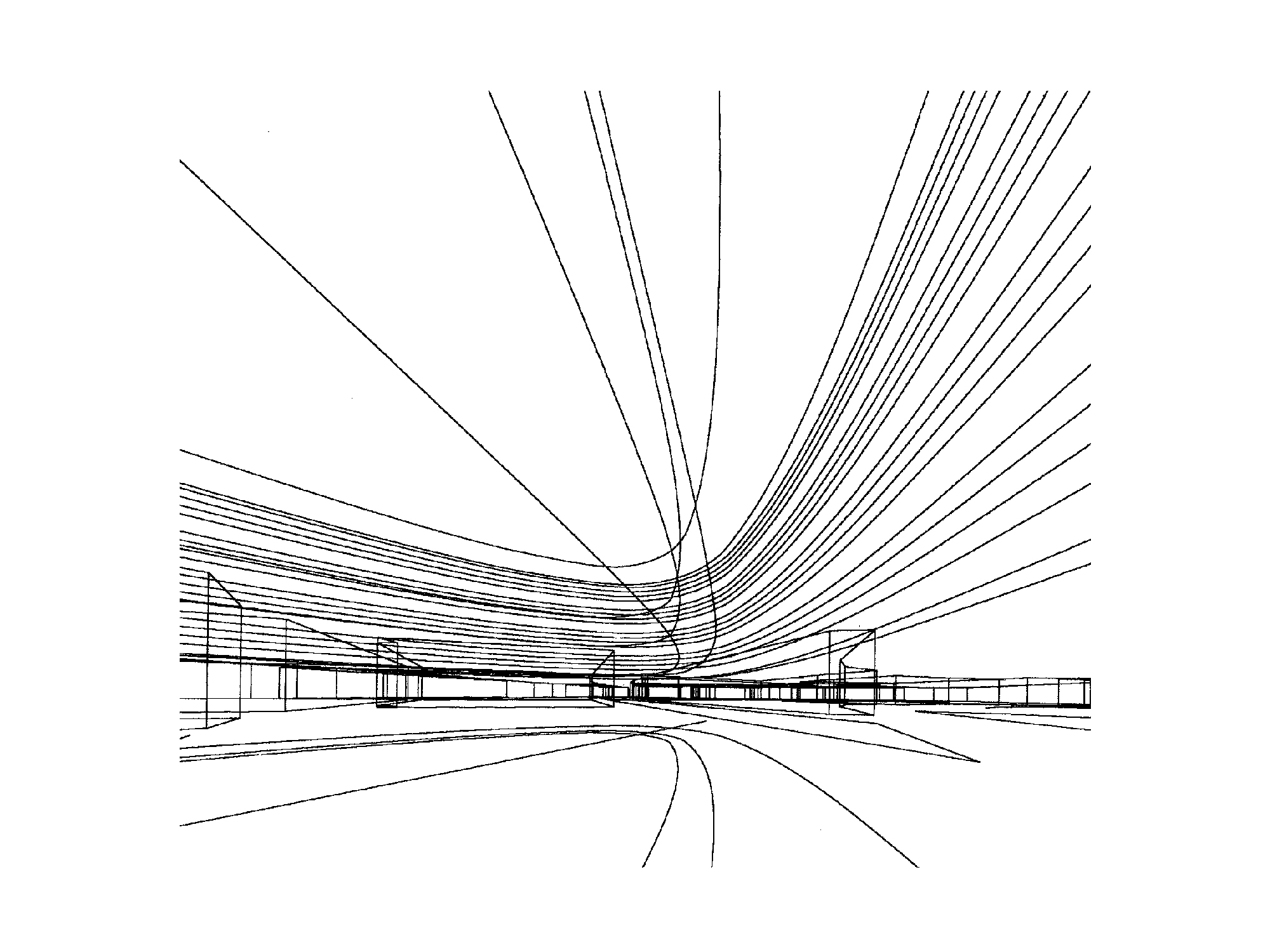 The multi-layer facade of the building is the consequence of the wave structure of the whole facility. The whole internal part of the elevation is glazed in. A steel openwork structure constitutes the external layer. The space between them is filled with sunshade elements, lighting as well as elements of active information and advertising.

Owing to the transparent structure of the facades and advertising elements, the boundary between the broadcasting station building and the urban space becomes relative and loses its worldliness, while the external and internal spaces are inseparably bound; these two merge and complement each other.

A simple mechanism driven by wind (ether) could constitute an additional element of the facade to add to its multimedia character. It could cyclically put the elements of the steel structure in vibration. In this manner, sound would be produced which constitutes the idea of the radio.