The designed building consists of two basic parts (which differ regarding their functions, structure and the amount of fittings) and the space (the joint area) formed as a result of drawing the two buildings aside. The first block, which is standing closer to the street, houses offices and editors’ rooms. The second one, located at the back (in a quieter part of the plot) houses strictly radio and technical facilities (e.g. sound control rooms, studios, a newsroom etc.). The space formed as a result of shifting the two blocks aside constitutes an entrance hall and a communication space: the place of information flow and exchange. It is here where one can most fully experience both radio functions. 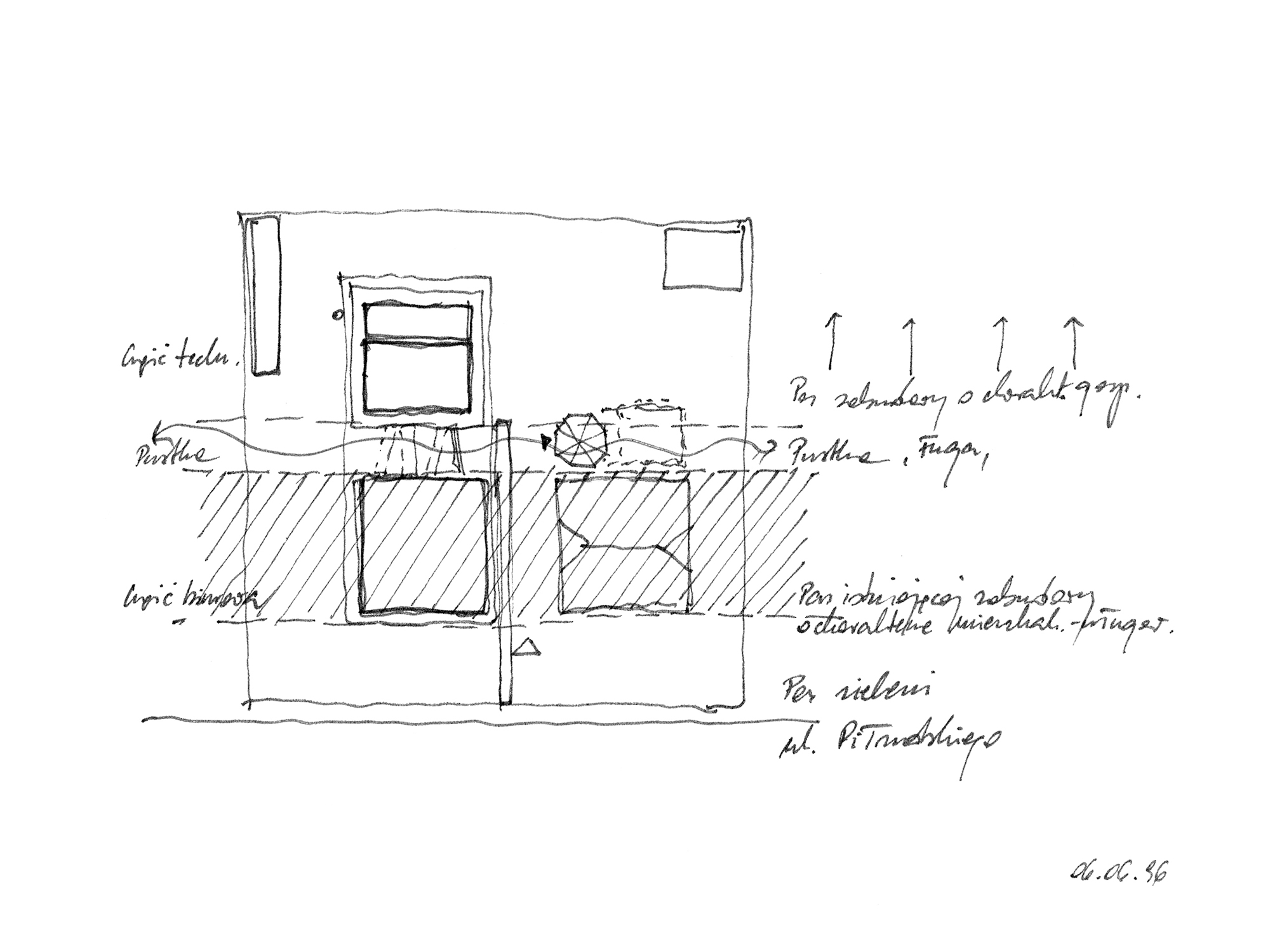 Between these two functionally different elements of the broadcasting station, there is a flow of impulses, by which the building becomes similar to the schematic diagram of a radio receiver. Just like in a radio receiver, all the elements are encircled with a joint casing which emits information, all the parts of the buildings are combined into one block through the external part of the layered multimedia facade. Emission, which constitutes the basic function of the radio, is also one of the functions of the facade designed.

The authors extend the phenomenon of the emission of the facades and propose a visual facade apart from the acoustic one. The devices installed between the facade layers would emit information (time, temperature, telephone numbers of the broadcasting station, the level of atmospheric pollution, frequency, news, etc.) as well as advertisements broadcasted simultaneously with radio advertisements, which may minimize the maintenance costs of the building. 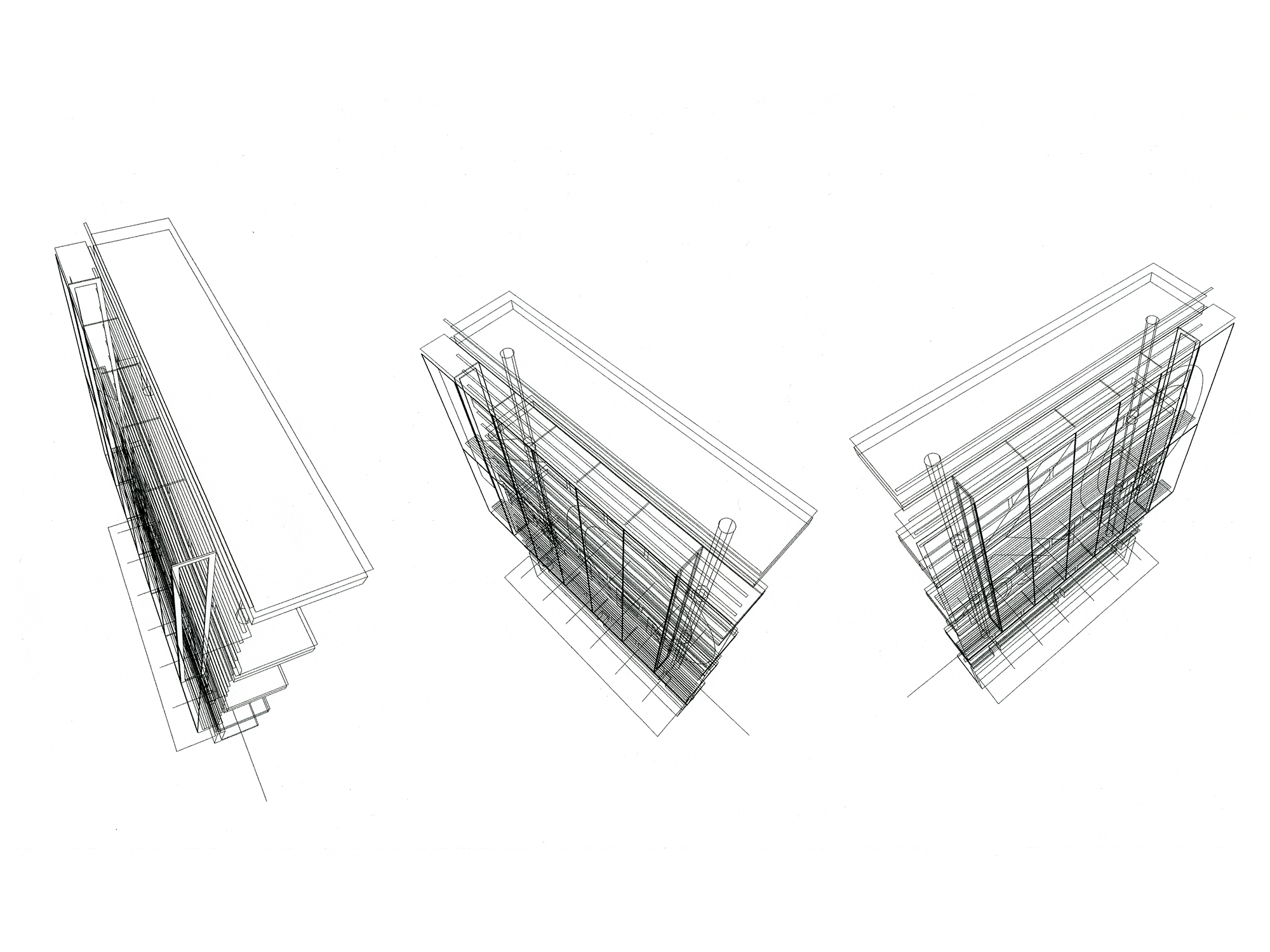 The purpose of encircling of the broadcast and recording block with fittings is to impart a technical nature to this part of the facility, and makes its function easily recognizable. Owing to the many planes and the transparence of the facades, the boundary disappears between the interior of the broadcasting station and the architecturally attractive urban space; these two merge and complement each other.

In order to become a harmonious part of the small and historic architecture of the street of Pilsudskiego, the cubature is divided into two parts, with the first one of them (fitting with its size) being located in a place which emphasizes the characteristic rhythm of the street, and the technical block being withdrawn to the back of the plot. A harmony through opposition and not through similarity: this will serve to articulate the architectural honesty of the end of the millennium, and will create the frame for the function which uses the latest technical achievements (satellite communication, optical fibres, the Internet etc.). The neutral and contemporary character of the facade is to emphasize the value and authenticity of the existing building development.